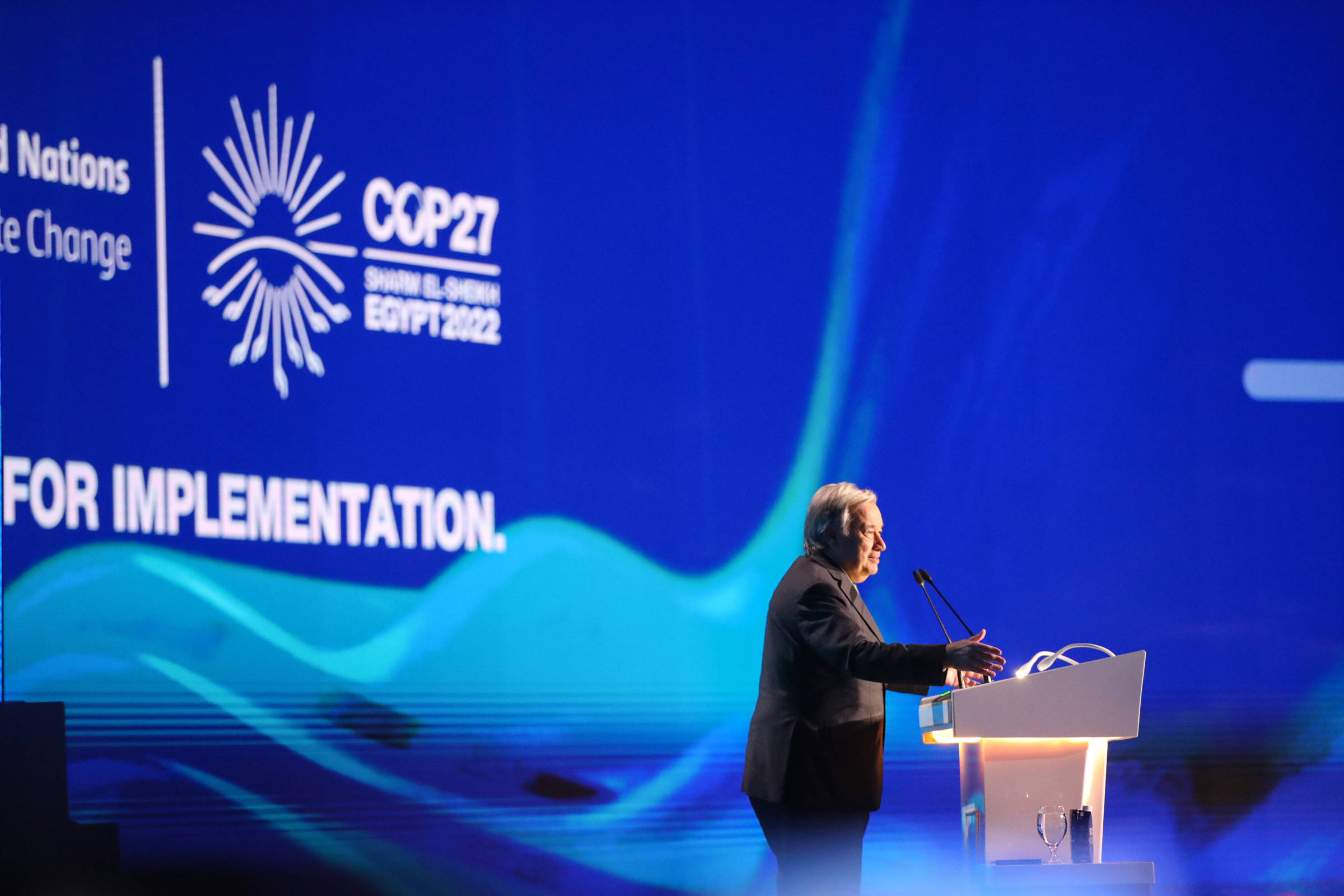 Pakistan, a country that was recently hit by catastrophic floods that left more than a third of the territory inundated, led to the death of more than 1,700 people and impacted millions more, became a symbol at COP27 (UN climate conference) of what can happen. with the worsening of extreme events on the planet.

“What happens in Pakistan will not stay in Pakistan”, prophesies a phrase printed on the Asian country’s stand at the meeting that has been taking place since Sunday (6) in Sharm el-Sheikh, Egypt.

In a speech this Monday (7), the Portuguese António Guterres, UN secretary general, said that the world is “on a road to climate hell with its foot still on the accelerator”.

“If there is any doubt about loss and damage [causados pela crise climática], go to Pakistan. There are losses and damages there,” said Guterres, who visited the country’s stand in solidarity. He said the UN will try to get massive international support for the country’s reconstruction.

At the opening of the summit of world leaders at COP27, held this Monday, Guterres preached for a pact of climate solidarity, to avoid the terrible future that may await the world population.

“Humanity has a choice: cooperate or die,” he said, stressing that the world is getting dangerously close to the point of no return. “It’s either a climate solidarity pact or a collective suicide pact.”

Guterres called on developed, emerging and developing countries to work together on the issue. The secretary-general also directly cited the largest economies in the world.

“The United States and China have a particular responsibility to join forces to make this pact a reality. And that is our only hope of achieving our climate goal,” he said.

Guterres also highlighted the need for rapid evolution in the discussions on financing for damages and stressed that the matter can no longer be swept under the rug.

Even other international crises, such as the Ukrainian War, cannot divert global attention from the climate crisis, a problem that defines a generation and is “the central challenge of our century”, according to the secretary-general.

Passing by the Pakistani stand, Guterres said that, while he was UN High Commissioner for Refugees, he saw the generosity with which the Asian country received Afghan refugees.

“Examples of generosity need to be imitated by the international community, which, at this moment, has a duty to massively support Pakistan,” he said, in front of the huge panel with the Pakistani symbol at this COP.

Shortly before, Pakistani Prime Minister Shehbaz Sharif had estimated the loss and damage from the historic floods of 2022 at around US$30 billion. On social media, Sharif thanked Guterres for offering a UN team to build a program of reconstruction.

Despite the last-minute inclusion of the discussion of financing for damages on the COP agenda, developed countries will not necessarily move forward with momentary decisions on the matter — and the debate could extend into 2024.

“I hope it will be possible for Pakistan to benefit from these developments [sobre perdas e danos]”, Guterres said.

Also during his speech in the early afternoon of this Monday, the secretary-general announced the creation of an action plan for, in the next five years, there will be a universal system of meteorological warnings – the idea of ​​the project had already been mentioned in March of this year.

The idea is to get investments of around US$ 3.1 billion from next year to 2027 to put the system into action. According to Guterres, an alert 24 hours in advance of a risky event can cut damage by up to 30%.

The situation of lack of warnings of critical weather conditions especially affects the most vulnerable communities.

“That’s why I ask countries to tax the profits of fossil fuel companies. Let’s redirect this money to people suffering from rising energy and food costs, and to countries suffering legs and damage from the climate crisis,” Guterres said.