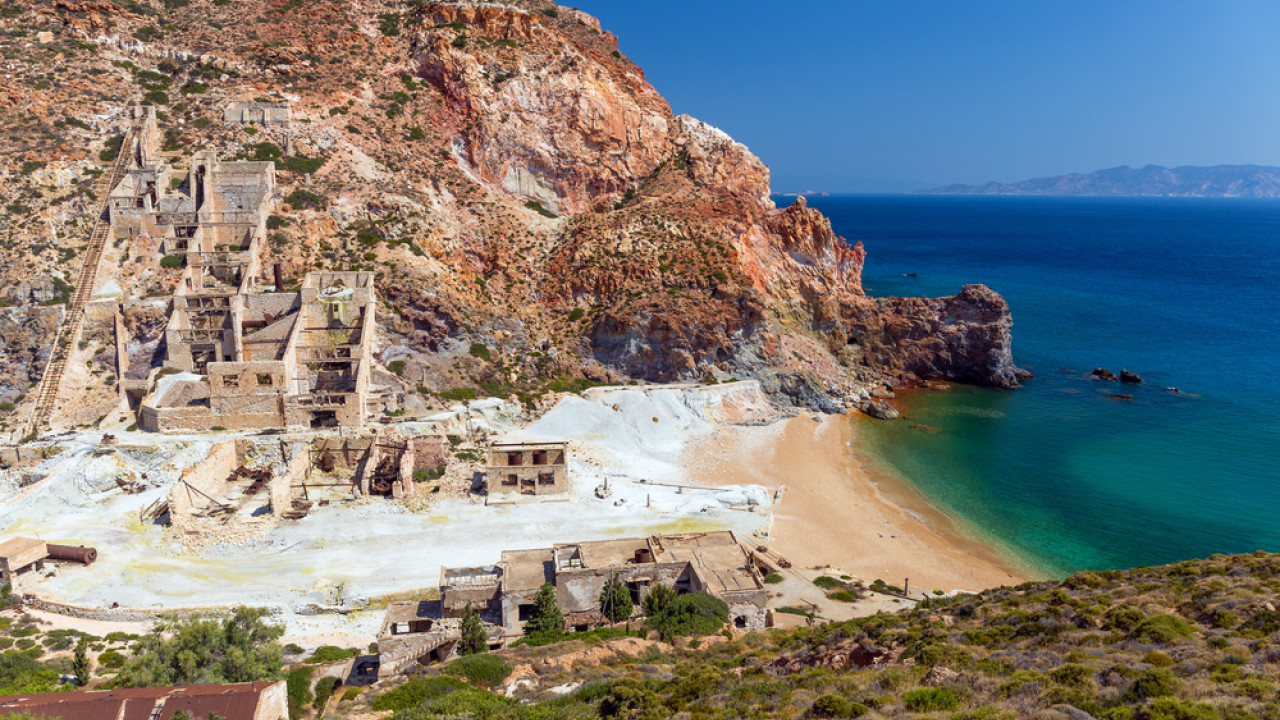 Theomines of Milos: From exploitation to abandonment – Watch video

It remains a living part of the modern history of Milos

It is an important example of the industrial heritage of the whole of Greece and is located to the east of Milos. Nowadays a walk through the abandoned sulfur mines of the island is like traveling back in time, making the visitor feel that he is really walking in a historically preserved place that has a lot to tell him.

Since ancient times, the exploitation of sulfur for the purpose of polishing metals, disinfection, but mainly for antiseptic and therapeutic purposes, led to the development of the mining of this specific mineral. So there were many who wanted to exploit the sulfur of Milos, manufacturing “turtles” of sulfur intended for trade. In fact, there was a lot of movement in the Paliorema area of ​​Milos, being an important sulfur extraction site.

In recent years, in the years 1862, the exploitation began to be granted to private individuals, the main ones being the “Hellenic Society of Public and Municipal Works” but also the “Milo Mines SA”, while in 1958 it was abruptly stopped, when sulfur became a by-product of oil refining, at a particularly low cost. The business closed for good in 1978.

Until then, most of the production was exported to France, with vine spraying being the main use, while a total of 125,000 tonnes of ore was mined which was carted to a crusher for crushing and subsequent export.

Facebook
Twitter
Pinterest
WhatsApp
Previous article
Want to buy the sunglasses of the legendary Joan Didion? – For $27,000 it will be yours
Next article
Athens-Thessalonica open after the overturning of the tanker – Video