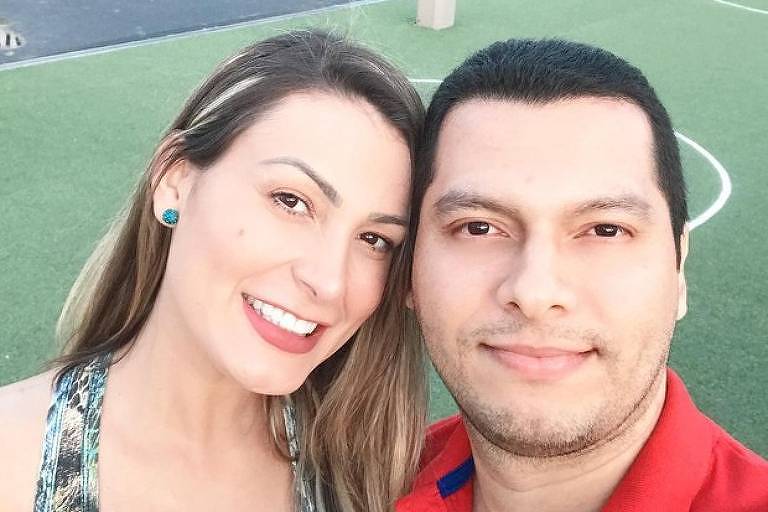 After saying that Andressa Urach, 35, would have offered her son Leon, 9 months old, for religious sacrifice, her businessman and husband, Thiago Lopes, published in his stories an audio that supposedly belonged to his wife at the time of the outbreak.

In it, it is possible to hear: “Blood and sacrifice on the altar. Call for Justice and there is time to get Leon”, a phrase that would have been said by the model who is still hospitalized in a clinic.

According to Lopes, Andressa is in the psychiatric ward of a hospital because she had a mystical psychotic delusion and a certain disconnection with reality. Mother of the influencer, Marisete De Faveri does not agree. Because of this, mother-in-law and son-in-law have had fights that he made a point of exposing.

According to Lopes, the wife’s mother wanted her to be taken to Universal Church. “Those who are not committed to the truth try to agree on how to lie. Each one with their versions. I’m glad I was prevented from this sick family. I just want distance”, she began.

“What kind of mother enjoys the benefits of her own daughter’s prostitution? Because there are bad and unprincipled people. Guess who didn’t let Andressa go through the treatment and hospitalization? That’s why she came to freak out here at home. Look what fanaticism does” , ended.

On the other hand, Marisete claims that Andressa would be locked up and unable to defend herself. “I don’t agree with anything he [Thiago] said. We agreed that we would only talk after she left. She is fine, being treated, with medical follow-up. Before, she was being deprived of taking the medication, because Thiago thinks it’s cool, “she said.

The mother-in-law still accuses the son-in-law of threatening to take away Leon’s custody. “The baby is with the paternal grandmother, Thiago’s mother. We had agreed to only put it in the media after she left or not at all, after we talked to her”, he added.

Facebook
Twitter
Pinterest
WhatsApp
Previous article
The case of the death of little Melina is at the Court of Appeal
Next article
Delirium by Turkish media: Dendia’s departure from Tripoli is a diplomatic disgrace