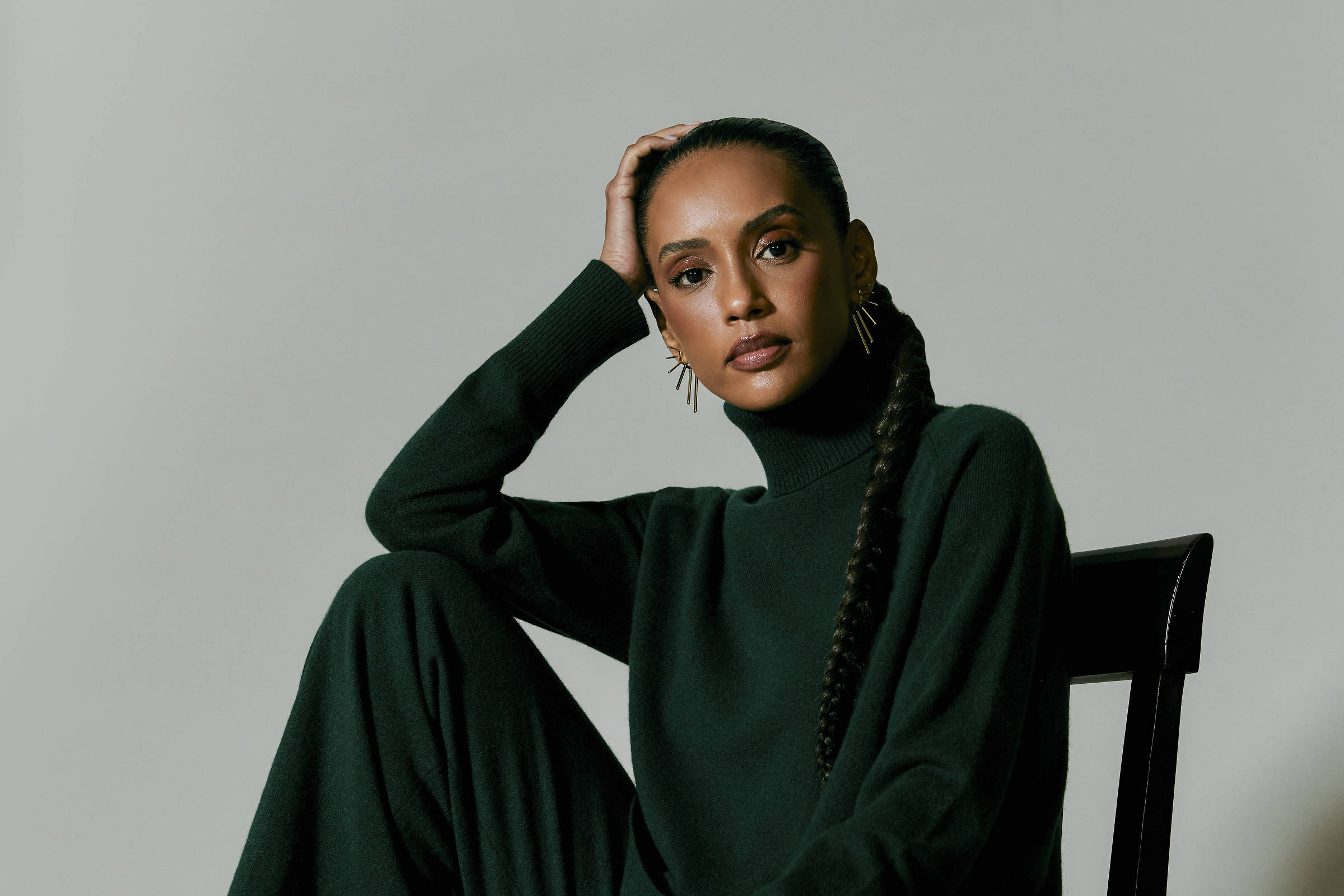 Taís Araujo: ‘A black woman who is not a public person will have more difficulties than me’

It’s been three years since Taís Araujo, 43, decided to take control of her own career. Since then, she has co-created, collaborated and participated in dozens of advertising actions, some of them with partner brands for decades.

According to the actress and businesswoman, the advertising market has become more sensitive to social debates and the promotion of inclusion and diversity. Now, it remains to be seen whether the change will be permanent or just a passing trend.

When and why did you decide to be your own businesswoman?

I announced it in 2019, but I had this desire for about eight years. I stalled because I had an affectionate relationship with my managers and I wasn’t dissatisfied with them. They were with me for 13 years, they helped build much of the solidity that I have today in my career.

The why is curious. With the arrival of the internet, I thought I should have a direct relationship with the audience — something we only had in the theater. I wanted to create for the public and speak directly to them, without intermediaries.

I wanted to take myself out of the place where artists are placed, which is a kind of Olympus, and be accessible to people. This is the most honest way for me to reach my audience, which is actually also the final consumer of that product. I didn’t want to get there, hold a box and have a laugh on my day off, it didn’t make sense anymore.

How did you prepare for this change? Did you take any courses or mentorships?

During these years I researched the market and understood how it worked. This is just talking about publicity, because the artistic question has always been done by me. I went to read from how you measure [o trabalho]how much you charge, even what structure you have to have: a lawyer, a secretary, someone to filter.

I understood that I was going to talk to the entire advertising market, I went to a friend and partner and asked her to introduce me to the agency directors. We spent two days going from agency to agency introducing myself, saying that I was now ahead of my career. I explained that I wanted to create together with them, but at no time would I exceed the role of the creative team.

Then I had meetings with managers of Brazilian artists saying that they could come directly to me.
I said that I had no problem with my managers, who even continued to take care of the contracts I had with them before. I made a point of keeping them because they were built together. I’m ahead of the negotiations because it makes sense for me as an artist.

How do you evaluate the advertising market today and what needs to change in the coming years?

I see the advertising market completely different than it was when I started three years ago. It was that old joke: gringo would come here, turn on the television and think he was in Sweden [país escandinavo majoritariamente branco]🇧🇷

Today this is no longer the case. With all that has been said about representation, many brands are running after and trying to have this multiple diversity. Not just black people, but diverse people.

Now we have to wait to see if this holds up. Because I am not a wave, you are not a wave, the LGBTQIA+ community is not a wave, PCDs are not a wave. We have to understand if the market is thinking it’s just a wave or if it’s respecting these consumers.

In advertising, what directs is whether I have an affinity with the product and the reputation of that company.
When it’s a client that interests me, I want to be with them and the financial value is not ahead, I ask them to call me. Because it’s not just about money, it’s about adding value to my brand, which is me.

There are brands that I want to be with, even if they don’t have a budget within what would be the standards of my campaign. It interests me because I like it, I have a relationship of affection.

I say no a lot. Nowadays, when there is an ESG agenda and companies have socio-environmental and governance commitments, we are much more confident in terms of social and environmental responsibility.

If a company made a mistake, okay, what are you doing to fix it? What is your agenda? Nobody is here to cancel. If you made a mistake, you have to recognize the mistake and improve. If I believe in improving work, I can be with this company.

About artistic work, there comes a lot of challenge, of things I’ve never done. I have a long career, I’ve done a lot, I want different things. Artistically, I seek the exercise of the unpublished, of what has never been done, to feel challenged.

How do you reconcile work as an actress, demands as a businesswoman and your personal life?

I take great pleasure in this madness. And I manage everything, okay? I joke that I’m trying to balance the dishes, but obviously I don’t do everything alone.

At the company, I have a lawyer and a secretary. She receives the budgets, we discuss the amount and she responds. In my house, there are people who help me with my children.

I’m just ahead of it all. The school won’t call my secretary if my son is in pain, it will call me. I do not outsource my children, my career or my home. Everything passes through me and then I delegate it to those who will run to the field, to do the negotiation, handle the logistics.

I’m doing everything together, but it was disturbing me in the recordings. We have [na Globo] an application with the text. I entered with the cell phone because of him and, when I saw it, I was answering the budget, making Pix…

I bought a tablet and I go into the studio with just it, which doesn’t have WhatsApp. Now I do my scenes, when I change clothes I take a look and leave the rest for the end. This type of organization I managed to have: to understand that it is not possible to do [outros trabalhos] while I’m on stage or rehearsing. Right now, the priority is the scene. I took a while to fit in.

You are an internationally recognized personality, but you are still a black woman. How do you observe the racial issue in the business environment?

This is a very difficult answer to give. Perhaps, if I didn’t go to Taís, I would find it more difficult. All these years of career have put me in a place where people respect me a lot.

And, where the world is going in this matter of valuing black people, understanding racial issues —and largely because of our demands, our standing tall—, doors are already opening in a different way for me.

But I also don’t stop being a black woman because of that. I know that for the market today I am interesting. Being with me is interesting. I don’t have a romantic idea of ​​everything that’s going on.

A non-public black woman entrepreneur like me will find it much more difficult.
Do I find some? Yes, for being a black woman, for being an artist. A lot of people say that artists don’t think about money, only about art.

Lie. I think about art, money, continuity, who came before me, who will come after me and my contemporaries. With every step I take, both artistically and in entrepreneurship, I bring all of this with me.

The fact of being a black woman makes me not walk alone, the achievements are not individual. Will never be. And that, for me, for the type of artist that I am, makes everything more interesting, because I believe in the collective.

How do you direct your work and entrepreneurship to support social projects?

I did several scattered jobs, until I decided to concentrate in one place, the NGO Gerando Falcões. My idea was to converge the clients I have with social responsibility, through the NGO’s activities, and that’s what I do as head of social products.

I’ll put the marks [para trabalhar] together with Gerando Falcões in several ways: co-creating products, combining the company’s social commitment with the NGO… It is rewarding to be together with them and accompany this transformation.

Actress, businesswoman and presenter, she debuted on TV in 1995, in “Tocaia Grande”, and played her first protagonist as Xica da Silva in the homonymous soap opera (1997), both on Rede Manchete. At Globo for 25 years, she is one of the few artists to have a fixed contract with the broadcaster.

Facebook
Twitter
Pinterest
WhatsApp
Previous article
Dendias: “Greek participation in the Organization de Francophonie has a broader perspective, of multi-level diplomacy”
Next article
The caretaker government of Tripoli sends a letter of protest to the EU over the diplomatic incident with Dendias