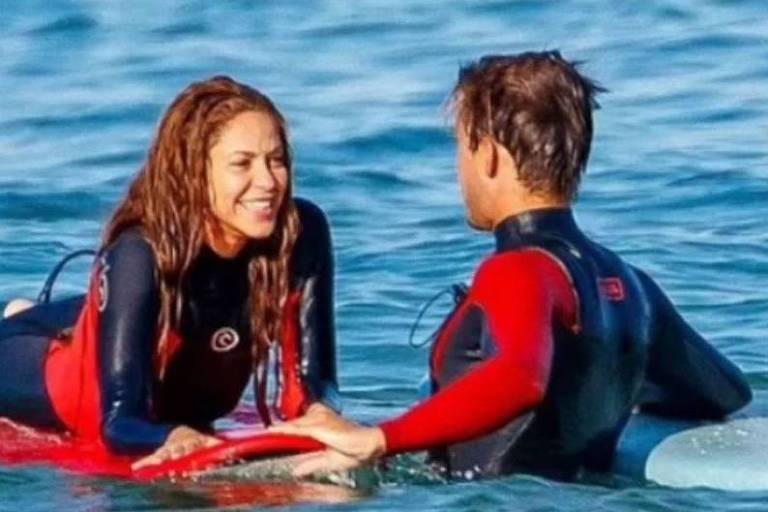 While most people are connected to the World Cup in Qatar and land in the Middle Eastern country, some people take the opportunity to rest and enjoy other hobbies. Shakira is on that team. The singer left Barcelona to enjoy the coast and sea of ​​Cantabria, an autonomous region in northern Spain, to practice one of her great passions: surfing. And it was precisely on one of the beaches of the place that the Colombian was spotted with a boy, who was already being pointed out by the press as Shakira’s new affair.

The bust was made by the Spanish journalist Jordi Martín for the television program ‘El Gordo y la Flaca’, who shared some images of the encounter. The attraction was the one who also announced the singer’s separation from Gerard Piqué, in June, and the following month the ex-Barcelona player’s relationship with model Clara Chia Marti,

“Calm and relaxed, that’s how I found Shakira on the beaches of Cantabria, in the place where she usually practices her favorite sport and in the same house where she spent her holidays with Piqué”, said the reporter. Shakira and the former defender split after 12 years together.

According to a report by Jordi, in addition to the still-unidentified boy, but appointed as a surf instructor, Shakira traveled accompanied by her brother Tony Mebarak, ‘Tonino’ is one of those who maintain a close relationship with the singer, and the two children Milan and Sasha, from her marriage to Piqué.

Jordi gave more details of the bust: “This time it was very clear that Shakira and her trainer get along very well. He always looks after her at all times, helping her with the costume, holding her hand and even at a certain moment she clings to him not to fall. The young man also took some time to photograph Shakira with the children, showing that he gets along not only with the singer, but also with the children”, he reported.