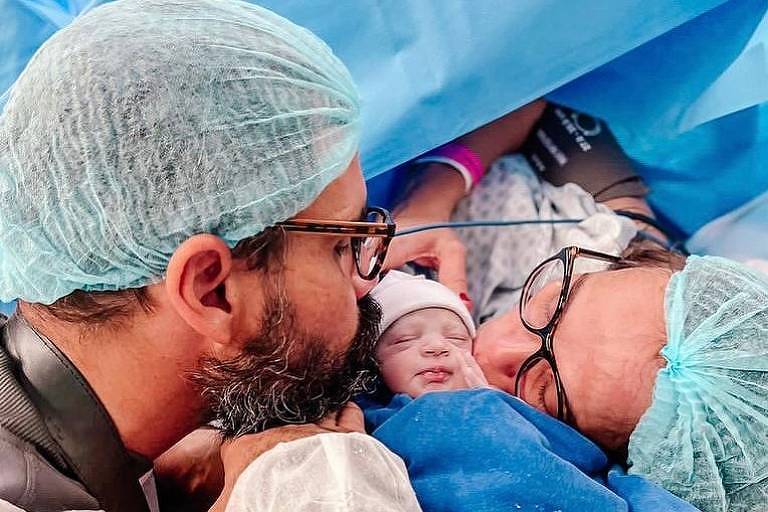 Letícia Cazarré, wife of actor Juliano Cazarré, told in Instagram Stories, this Tuesday (29), that the youngest Maria Guilhermina presented a worsening in her state of health in the last hours. The baby was born on June 21 with a rare heart condition and has been hospitalized in a hospital in the city of São Paulo since birth.

“Whoever can, pray for Maria Guilhermina. She has gotten a lot worse, she probably has a serious infection. We are doing everything for her to recover soon. We count on the prayers of all of you, my friends”, she said on the social network.

At the end of October, the baby underwent a tracheostomy, surgery consisting of making an opening in the wall of the trachea to facilitate the entry of oxygen for the patient to be able to breathe. At the time, Letícia thanked the messages of support. “I can say, without fear of exaggerating, that you have the most beloved little heart in Brazil,” she wrote on social media.

Maria Guilhermina was born with a rare condition, called Ebstein’s anomaly, and has undergone several surgeries since birth. Letícia and Juliano are also the parents of Vicente, 12, Inácio, 9, Gaspar, 3, and Maria Madalena, aged 1 and 9 months, who are staying in Rio de Janeiro with their father.

Facebook
Twitter
Pinterest
WhatsApp
Previous article
Brazil records 116 deaths from Covid and more than 38,500 cases of the disease
Next article
Senate approves increase in the maximum amount of payroll for civil servants