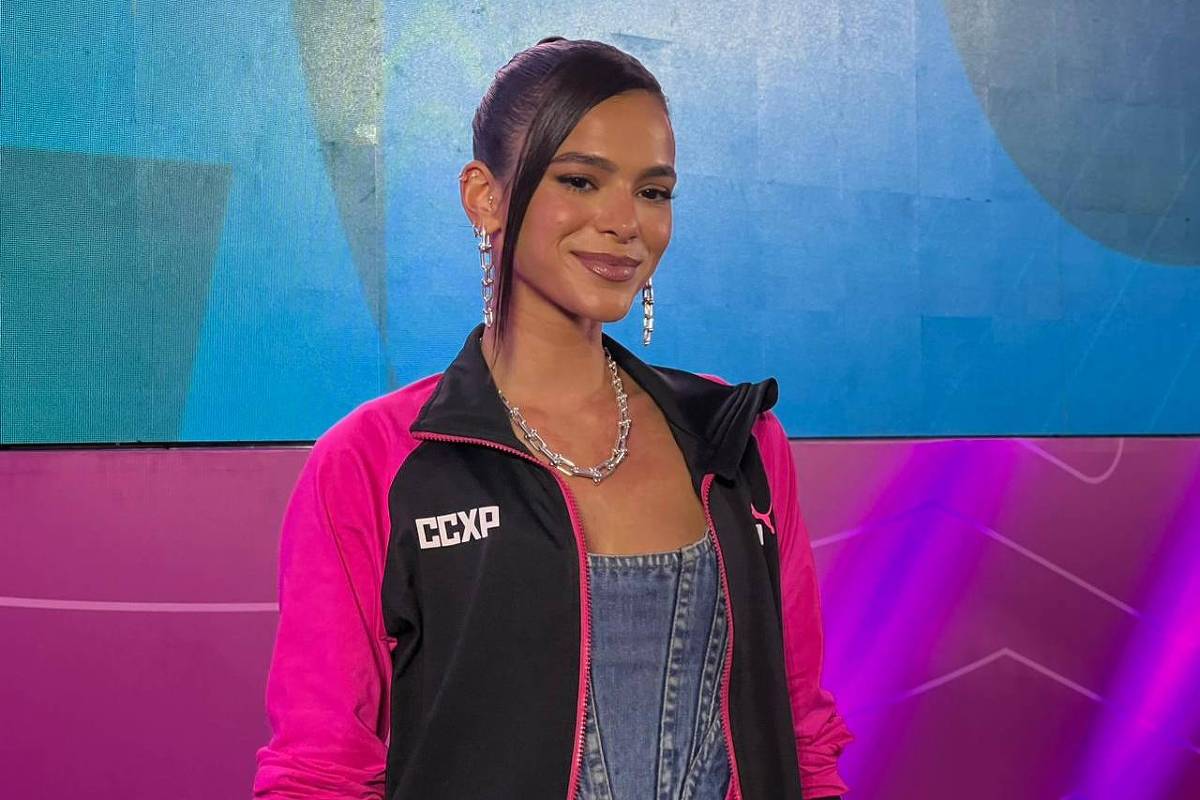 This Wednesday (30th) Bruna Marquezine was at CCXP, a pop culture fair that was once again face-to-face after two years. The actress was not scheduled for any major panel, but spoke about the partnership with a sports brand at the end of Unlock, a business event in the entertainment world that has a parallel schedule.

The actress, however, had to speak to a semi-empty audience, since the event was over an hour late when she took the stage and coincided with the opening of Spoiler Night (the night when some fans check out the attractions before of the official opening of the event), which caused many participants to leave the auditorium before the end.

Even though it wasn’t her first CCXP, Bruna Marquezine said she was having another kind of experience at the event. That’s because she is now officially part of the geek universe, after recording her participation in the film “Blue Beetle”, which is part of DC Comics.

“It didn’t even cross my mind what the public’s reaction would be like, and I’m not used to this public either, but when the news came out and I saw such a positive repercussion, I felt so welcomed”, she said, assuming a different emotion when step on the event this Wednesday. “There was a different butterflies in my stomach, feeling that I am somehow part of this universe now.”

She also said that the film is special for bringing the first Latino superhero and that she thought it was important to have a Brazilian in the cast. “I hope to represent my country, my people in the best possible way,” she said. “I feel that Brazil often seems to be a little disconnected in Latin America because we are part of it, but it is not a Hispanic country, so the language still generates this distance. So, having a Brazilian actress is very important and I am very happy to be that person.”

Bruna Marquezine even called on the Brazilian public to watch the film when it premieres, in 2023. “I know that the public likes to come along, I can’t wait for us to celebrate this achievement together”, he said. “I think it has to be a national holiday at the premiere, nobody thinks of getting sick or being born on that day (laughs).”

An actress since she was a child, Bruna commented on the phenomenon of influencers who have migrated to the art world and generated controversy, such as the case of Jade Picon. She did not mention the name of the debutant of “Travessia” (Globo).

“I know it’s a very controversial subject and I confess that every time I see an actress criticizing this situation, I understand the frustration because it’s a very difficult career. People have a vision, especially in our country, of what being an actor is glamorized, and it’s nothing like that. People think once you appear on a big broadcaster that you’re rolling in money.”

With millions of followers, she even criticized the fact that companies today hire people thinking about social media numbers. “When you see good projects or amazing professionals not getting roles because there aren’t enough of them on social media, it’s unfortunate. I’m really sorry.”

The funniest moment of the panel, however, was when a participant referred to the partnership of the sports company (Puma) with the actress as “Bruma”, which involuntarily made everyone remember “Brumar”, as the couple was called. that she formed with the player Neymar. Bruna laughed and tried to escape the tight skirt: “No, you didn’t say that!”