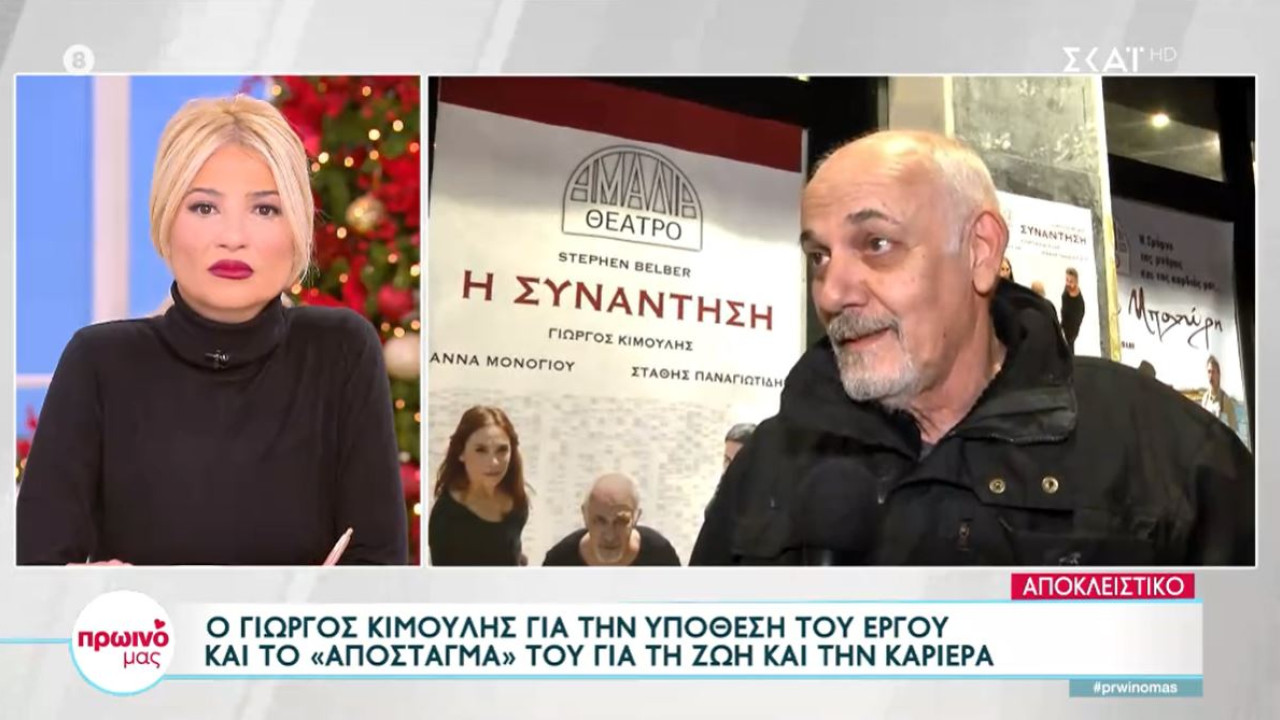 Giorgos Kimoulis on “Our Breakfast”: We immerse ourselves in our careers and at the same time we lose ourselves from those who could love us

Focusing on his new show, the actor addressed the plot, as well as the messages he hopes to convey through it.

On the occasion of his return to the stage, o George Kimoulis spoke on the show “Our Breakfast” and the Faye Skordas. Mr. Kimoulis did not make any direct reference to both the accusations and the legal disputes “running” with Zeta Douka and Dora Chrysikou.

Focusing on his new show, the actor addressed the plot, as well as the messages, he hopes to convey through it.

“Essentially through the play one can understand that no one can hide their past no matter how hard they try. The past will show up and it can show up with an ugly face. Beyond that, another issue that touches on is that, unfortunately, people, in order to be loved, believe that they must acquire a very important social position, so they rush with everything they have and don’t have to make a career. They plunge into their careers in this pursuit, and the more they plunge, the more they are lost from those who would love and could love them.”

Finally, the well-known actor and director pointed out that many times we mistakenly believe that if we obtain an important social position, then others will love us. “Others will love us for something they have seen in us, which has to do with what we feel and think,” he added.

It is about the work of the American writer Stephen Belber, “The Meeting”, directed by Giorgos Kimoulis. An elderly former famous choreographer, who has now retired from active activity and now lives completely alone, receives a visit from a couple at his place, who ask him for an interview about how the art scene worked in his own time. However, as this “interview” develops, the lonely choreographer is forced to face a big buried secret of his past.

Facebook
Twitter
Pinterest
WhatsApp
Previous article
The hand grenade that the colonel was holding in the bank robbery in Argyroupoli was fake
Next article
Metsovo: A walk in the most famous village of Epirus – Watch video