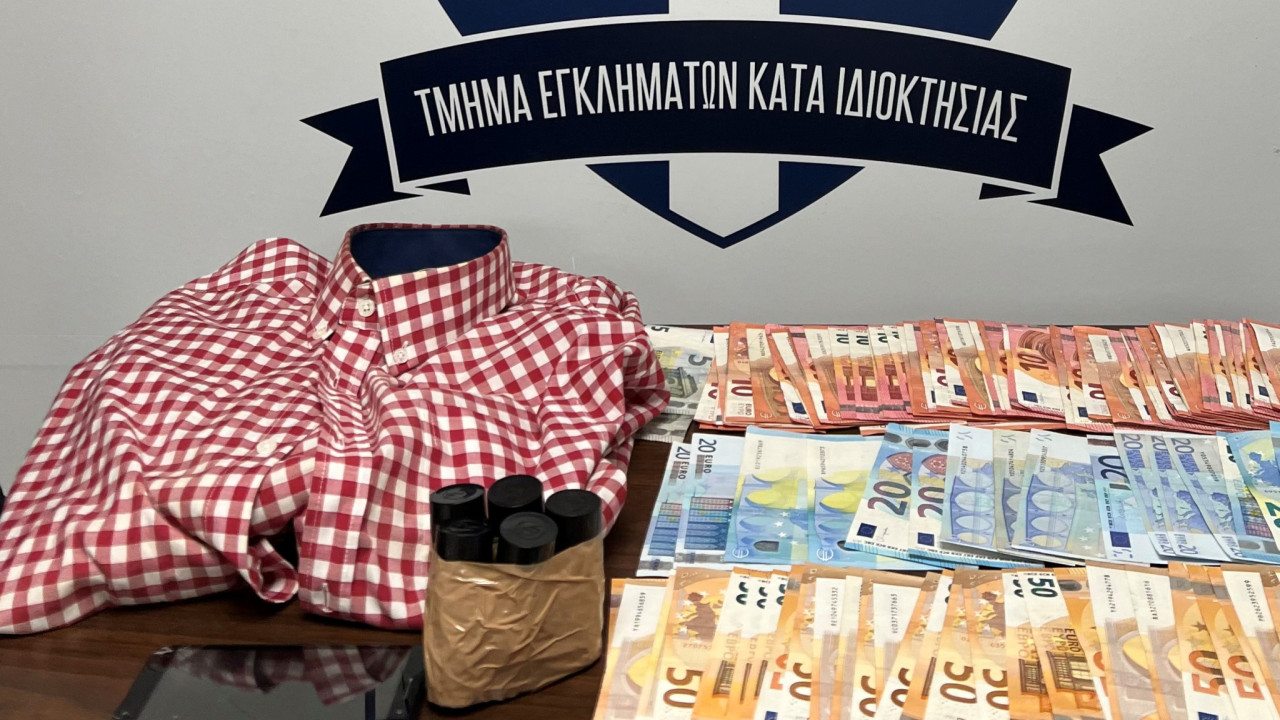 Plastic bottles wrapped with insulating tape were finally the “grenade” under the threat of which the 53-year-old colonel robbed the bank branch in Argyroupoli yesterday.

According to the police announcement, the 53-year-old had been identified as the perpetrator of two other robberies at Bank branches, mainly in the areas of Nea Smyrni and Palaio Faliro.

In fact, a special police team was set up to locate and arrest him, until it gathered yesterday in Dafni.

The total amount of money removed by the perpetrator from the -3- robberies amounts to -9,900- euros.

The police announcement in detail – How it acted

He was arrested, yesterday (5-12-2022) in the area of ​​Dafni, by police officers of the Property Crimes Department of the Attica Security Directorate, a 53-year-old citizen, for consecutive robberies.

A little earlier he had gone by car to a Bank Branch in Argyroupoli, where he entered and with the threat of an object he presented as an explosive device-hand grenade, immobilized the cashier and removed a sum of money. He then left the Branch, got back into the car and fled.

The 53-year-old, following the use of research data, was identified as the perpetrator of robberies in Bank branches, mainly in the areas of Nea Smyrni and Palaio Faliro. In order to locate and arrest him, a special team of police officers of the aforementioned Service was set up, where they immediately searched, located the accused in Dafni, immobilized him and took him to the headquarters of the Service, where he was arrested.

In particular, from October 2022, the Property Crimes Department established the action of the 53-year-old who committed robberies at Bank branches, in the aforementioned areas.

As to the mode of action, he entered the stores, with his facial features covered, using a surgical mask, pretending to be a customer and after immobilizing the employees with an object he presented as an explosive device-grenade, he removed the money from the cash register. He then escaped through the store’s emergency door.

In a physical search conducted on the 42-year-old, among other things, a bag containing the sum of -2,500- euros,-5- plastic bottles wrapped with insulating tape were found and confiscated, which were the object he presented as an explosive device-grenade during the robberies , plastic gloves and surgical mask.

The I.X.E car used to commit the robbery was also confiscated.

From the preliminary investigation of the above Service, -3- cases of robberies in Bank branches in the areas of Nea Smyrni, Palaio Faliro and Argyroupoli were solved.

In addition, the 53-year-old has previously been charged with the offenses of Forgery, Embezzlement, Fraud and Fraudulent Acceptance of Services.

The accused was taken to the competent Prosecutor.

Facebook
Twitter
Pinterest
WhatsApp
Previous article
Thessaloniki: The condition of the 16-year-old is critical – Doctors appeal to avoid any complications
Next article
Giorgos Kimoulis on “Our Breakfast”: We immerse ourselves in our careers and at the same time we lose ourselves from those who could love us