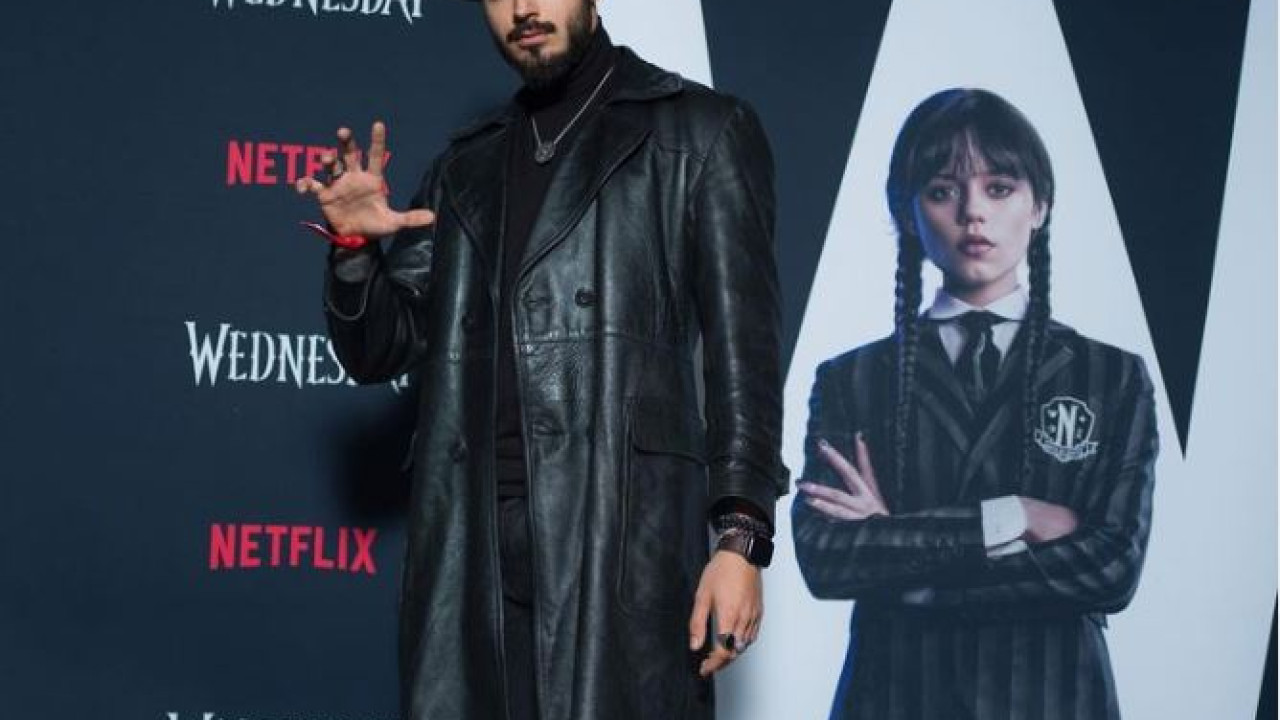 From a dark goth series like the Netflix’s Wednesday a strange protagonist could not be absent, and in this case it is none other than the… hand.

THE Victor Dorobantu, a 25-year-old magician from Romania is coming to play “the thing” in Tim Burton’s new creation. It’s about the disembodied hand that starred in the Addams Family movies of the 1990s, by… Christopher Hart’s hand. The two people who play this strange role seem to share more in common, since they are both wizards.

With the Wednesday enjoying massive success after its airing, Dorobantu has become the center of discussion on the internet. “Everyone wants to know how The Thing was shot, how the VFX works. A lot of people ask me, “Are you real?”” he says, speaking to Vanity Fair.

Hart had faced the same questions: “It’s going to sound weird, but part of me feels like my hand is an actor and it’s just a different role,” he says.

Of course, from “The Addams Family” from 1991 to the present, much has changed in the technological possibilities available to achieve a certain result.

“It’s like a ninja suit. It’s interesting even for me to see. In front of my eyes is a net. It is quite comfortable. It’s just a lycra suit. You don’t feel it and it protects you from the cold, which was very important for filming in Romania, out in the woods and by the lake,” he explains and continues: “I’m 1.90 meters tall and I was 100 kg at the time. I’m grateful to the people who adapted the sets for me, we had to cut out a lot of furniture and stuff to fit in.”

“Whenever there was room to hide my body, we used it because it was less work for the VFX guys. I was hiding in holes, under beds and stuff. I had to find ways to put my body under people, behind objects. I can’t even remember them all,” he reveals.

Talking about the elements used in the thing, he says: “We took elements from American Sign Language, from gestures that the military uses in war. We adopted Morse and anything that could be used by hand to come up with our own language.”

Answering what made it difficult for him, he said: I remember spending a lot of time trying to perfect the middle finger gesture. It’s not just a middle finger, it’s the whole feeling you give when you do it. So we paid attention to every detail. Tim was so passionate about the Thing, he wanted to shoot the scene 20 times as needed.

Dorobantu said he was a big fan of The Addams Family and the hand, and revealed the moment he contacted his predecessor in the role: “It was so cool. He told me he was curious how it would go. And also, when I went to Hollywood for the premiere, we tried to meet, but we didn’t have time. I studied him a lot. I tried to find every video of him, every interview of his, because I wanted to know how the Thing was made back then so I could get some advice from him.”

Of course he didn’t fail to mention the award-winning director: “The moment I met Tim, I just felt like we had a connection.”

“I tried to make the Thing passionate, emotional, more like a human being – a gentle human being. But I wanted to express the fact that, whenever needed, it could be evil. I wanted people to love it,” he concludes.

Facebook
Twitter
Pinterest
WhatsApp
Previous article
Thessaloniki: The 16-year-old is in critical condition – What did the forensic examination show
Next article
Netanyahu: Secured majority in parliament – He is very close to forming a coalition government