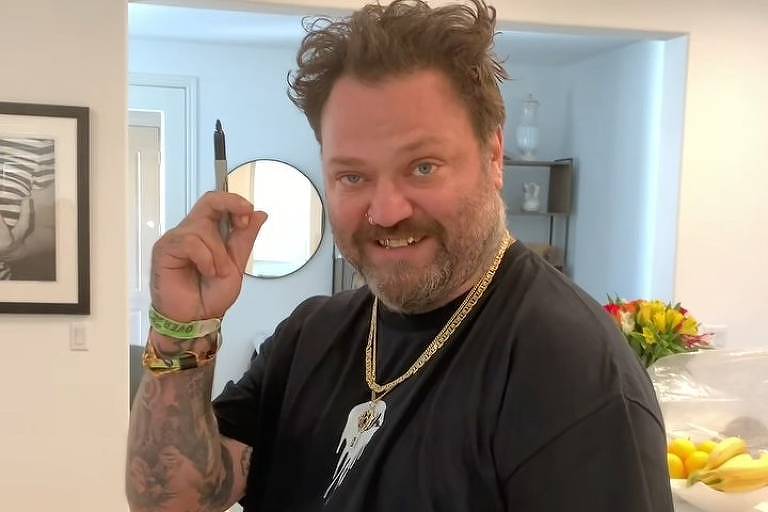 Former skateboarder Bam Margera, 43, known for his work on the “Jackass” franchise (2002-2022), is facing a serious case of complicated pneumonia as a result of Covid-19. The American actor was admitted to the ICU of a hospital in San Diego, USA, earlier this week.

According to the website TMZ, he was diagnosed with the coronavirus when he was hospitalized. Now, Margera needs help from a lung respirator, however, her health condition is considered stable by the medical team.

The new hospitalization comes about six months after Margera escaped from a rehabilitation clinic, which she was not allowed to leave. He was there to treat his addiction to alcohol and other drugs. The artist returned to rehab in September.

This time, the treatment didn’t require him to live in the clinic, but he would need to follow a psychiatric follow-up and take classes on sobriety. In September 2021, he also worried fans when he was taken to a rehabilitation clinic by police officers.

At the time, the star of “Jackass: The Movie” (2002) was denounced for “emotional disturbance” in Pinellas County, Florida. Five months before that, he had claimed that the “Jackass” team demanded that he undergo three months of treatment before filming “Jackass Forever” (2022). He was eventually fired from the franchise.

Facebook
Twitter
Pinterest
WhatsApp
Previous article
Legal prospects for reunification are seen by the British commission for the Parthenon Sculptures
Next article
Thessaloniki: Traffic regulations due to filming of the movie “Dirty Angels”