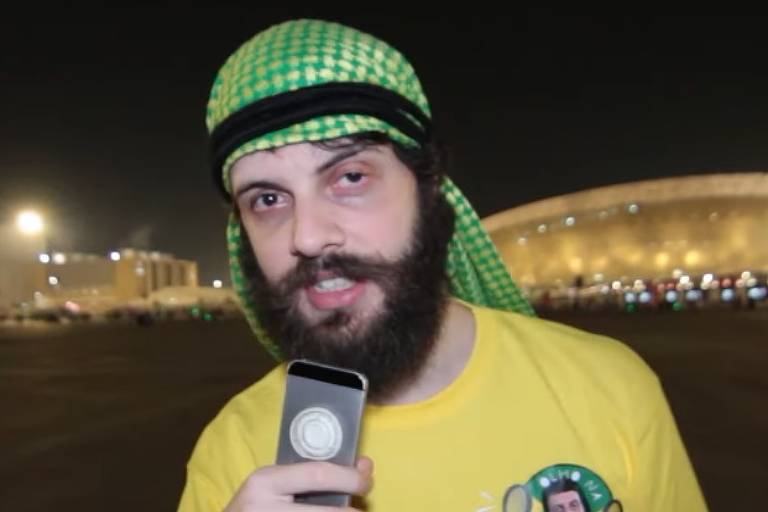 Youtuber and comedian Diogo Defante denied this Saturday (17) that he was almost arrested for a joke imitating a lion, at the Qatar World Cup, after the video went viral on social networks. During a live broadcast on CazéTV, after the match between France and Morocco, on December 13, he knelt down imitating the roar of a lion.

“The influencer Diogo Defante was not even close to being arrested in Qatar. His staging with his friend Marwa, in recent days simulating that police officers in the country were upset with the imitation of a lion, was nothing more than a game of scene”, said the Advice from Defante.

According to the comedian’s team, he and Marwa improvised the situation and had fun with fans on social media. “After that, Defante explained what happened and denied the rumors of near arrest in the country of the World Cup.”

In the video shared by netizens, reporter Marwa El Hage showed Defante imitating the lion and joked that he was not very well with the defeat of the Moroccan national team. The camera was lowered and the transmission cut while the reporter explained to some people that it was a joke.

Minutes later, the comedian explained what happened. “I came here to reassure everyone, there was an uproar in the chat: ‘Where’s the Defante?’

“He was almost arrested, but I managed it with some money that I’ll collect after Cazé, I’ll write it down here. There are 100 Qataris [cerca de R$ 145]that’s what you’re worth,” Marwa said with a laugh.

The video went viral on the networks and generated comments and jokes among internet users, since Qatar is a conservative Muslim country with laws different from Brazil in relation to customs and civil liberties. Examples of this were the arrest of Brazilian comedian Fábio Rabin for drinking alcohol and police taking the Pernambuco flag from fans after mistaking the rainbow design for the symbol of the LGBTQIA+ movement – homosexuality is illegal in the country.