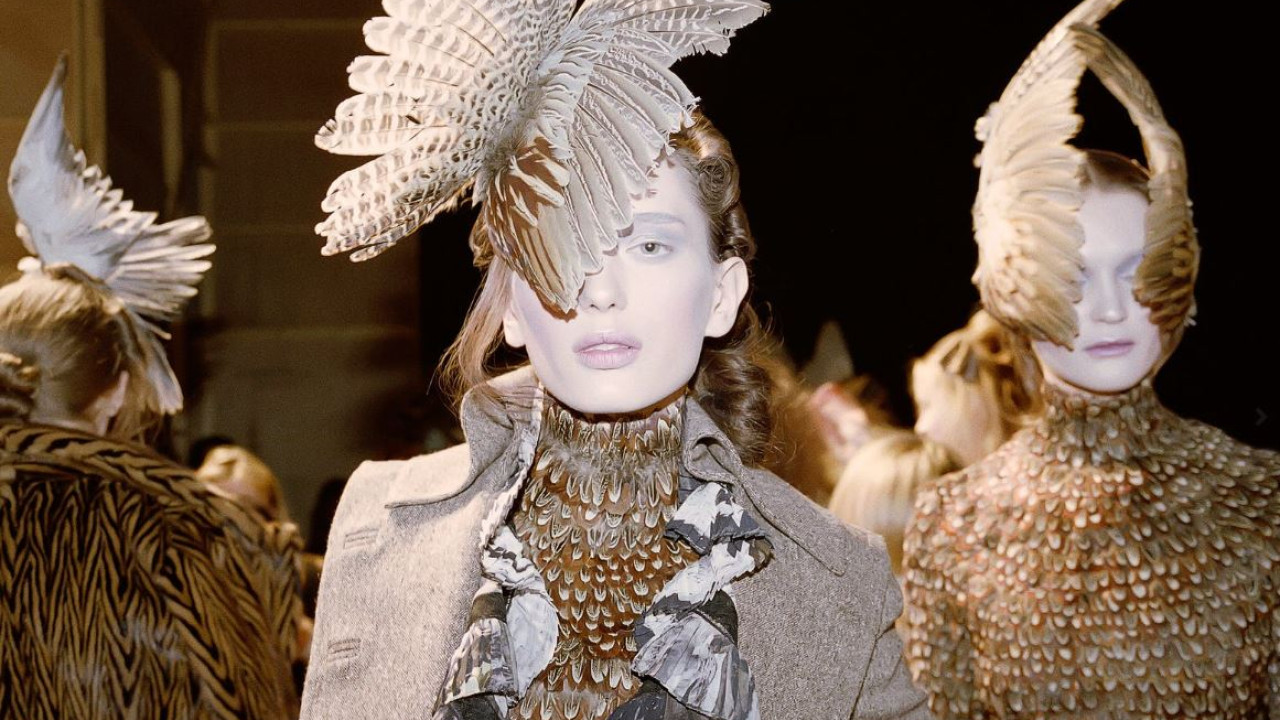 Alexander McQueen: The first exhibition about the great fashion designer

The exhibition opened on December 11 and will run until April 16, 2023

The first major exhibition in Australia, which explores the work of British fashion designer, Alexander McQueen (Alexander McQueen 1969–2010), who pushed boundaries, opened at the National Gallery of Victoria, Melbourne, Australia.

The exhibition “Alexander McQueen: Mind, Mythos, Muse”organized by the Los Angeles County Museum of Art (LACMA) in collaboration with the National Gallery of Victoria (NGV) showcases the great designer’s spirit in four sections: Myth, Modern Narratives, Evolution and Existence, and Technique and Innovation.

The exhibition, which runs until April 16, 2023, features more than 120 McQueen creations from the LACMA and NGV archives, as well as loans from designer Katie England’s personal archive, presented alongside more than 80 historical works of art, painting, sculpture, photography, and sketches that inspired and influenced his designs.

“McQueen’s designs have always been personal and complex responses to the world around him. He once said, “Fashion is just the medium.” McQueen’s interests were many and his inspirations encyclopedic and autobiographical, he was an avid reader of books on subjects that included art, design, literature and history,” reads the exhibition description, which references the late designer’s passion for cinema and the natural world.

His love of fashion was evident from a young age and was influenced as much by pop culture as by his visits to museums. Throughout his career, McQueen gathered seemingly disparate references to create his collections, which pushed the boundaries of conventional fashion design.

The Myth section of the exhibition focuses on the untitled Autumn/Winter 2010-11 collection, which after the fashion designer’s death was given the title ‘Angels and Demons’. With references to Christian Iconography, the Byzantine Empire and the Italian Renaissance, the collection was an exploration of the dichotomies of heaven and hell, sin and redemption, and damnation and salvation. In the same section, Poseidon’s Spring/Winter 2006 collection is shown, influenced by ancient Greece and Rome.

The Technique and Innovation section showcases McQueen’s mastery of tailoring, with works reflecting his years as an apprentice tailor on London’s Savile Row. The designer’s fascination with the cycles of life and human nature, evolution and death has led him to create collections that explore life’s inherent fragility and look for hope in its rebirth, which are at the heart of the exhibition’s Evolution and Existence section. Included in the Modern Narratives section are collections with romantic historical references and an emphasis on themes of tradition, power, persecution, violence and transformation.

The “Alexander McQueen: Mind, Mythos, Muse” exhibition opened on December 11 and will run until April 16, 2023.

Facebook
Twitter
Pinterest
WhatsApp
Previous article
Shooting of a 16-year-old Roma: The first reaction of the police officer who was released – Video
Next article
Zelensky’s message that FIFA “cut” from the World Cup final – “Warm greetings from Ukraine…”