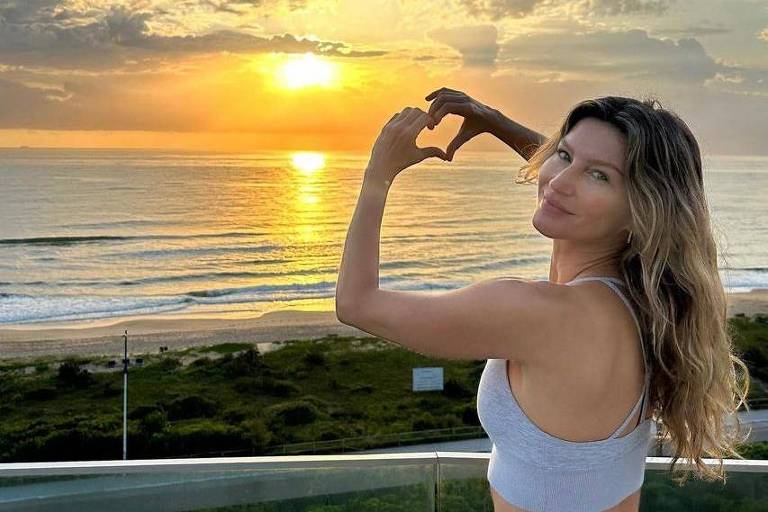 Gisele Bündchen misses brigadeiro and meditates on vacation in Brazil

Gisele Bündchen, 42, has been vacationing in Brazil with her children. She is in a big house in Santa Catarina, which has, among other natural beauties, Praia Brava.

On social networks, the top has shown that she is very happy after her divorce with player Tom Brady. She misses eating brigadeiro, meditates and has as a landscape the wonders of the place whose sunset is an event in itself.

“Recharging with my little ones in the country of my heart,” she wrote in the caption of a carousel of images.

It was at the Pinacoteca, in the Luz region (downtown São Paulo), that Gisele held her first public event in Brazil since her separation. In late October, after much speculation, she and football star Tom Brady, 45, announced they were getting divorced.

It was only when the model got the first leg out of the car that the flashes started popping up, which lasted as she climbed the stairs and reached the lobby of the historic building. The same route had already been taken minutes before by celebrities such as Claudia Raia, Gloria Pires and Sasha Meneghel. None caused so much frisson.

Not that any of those present got a bombastic statement from her about why her marriage ended or about the supposed new affair she would be living with a jiu-jitsu teacher — the model did not speak to the press. It’s just that when Gisele arrives, even the famous themselves get excited.

As she posed for photos, several celebrities were waiting for the cue to approach and appear beside her. Precautious, the fashion influencers already arrived with someone from their staff ready to register the meeting.