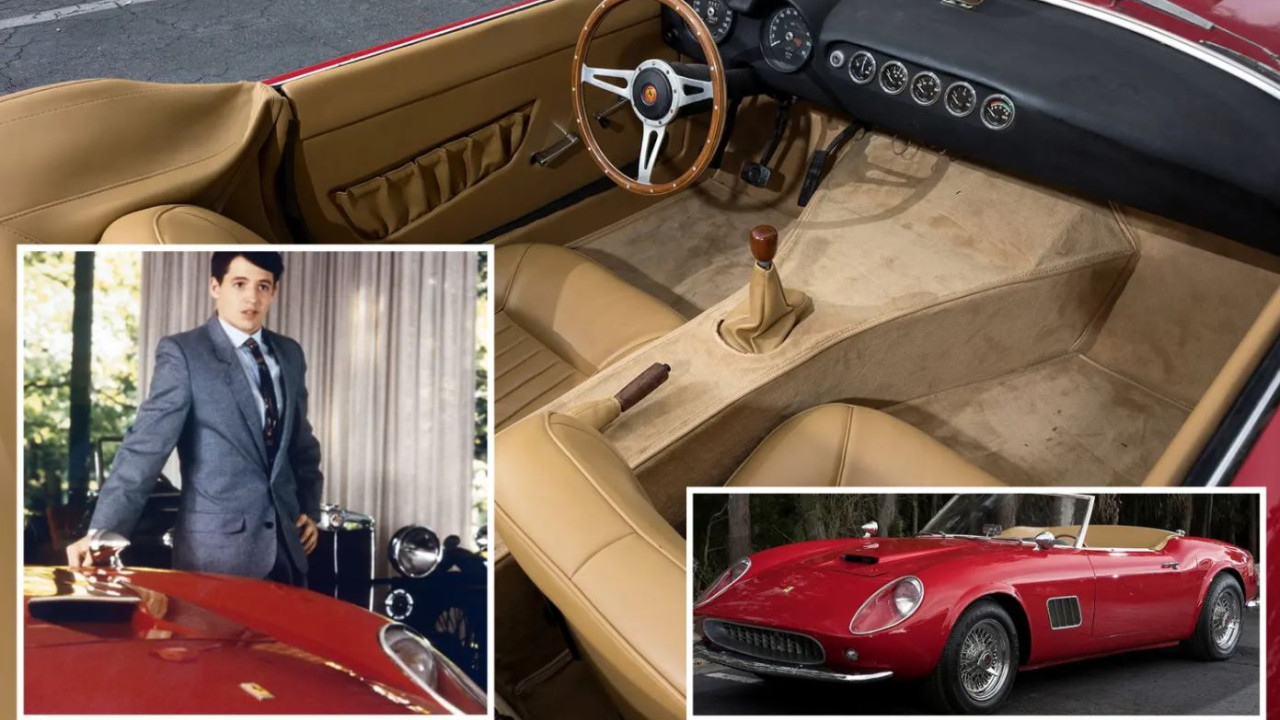 At the same auction, the patterned sweater worn by star Matthew Broderick sold for $143,770.

Iconic Ferrari from the cult classic film “Ferris Bueller’s Day Off” it sold at auction for $337,500, although it is not actually drivable.

The replica Ferrari 250 GT California was used in the scene in which Cameron Fry (played by Alan Ruck) accidentally drives his father’s expensive vehicle through the garage window into the nearby woods.

A genuine California Spyder Ferrari is one of the most sought-after classic cars and sells for over $15 million, which is why the producers chose to commission Modena Design & Development to make three highly detailed replicas for the 1986 film.

“This ‘crashed car’ was built and used exclusively for this memorable scene as it was hurled backwards through the glass of Cameron’s father’s garage and landed on the ground,” Dallas-based Heritage Auctions said on its website.

“This ‘car’ is a prop and does not work. No engine or drivetrain,” Heritage Auctions confirmed.

At the same auction, the patterned sweater worn by star Matthew Broderick sold for $143,770.