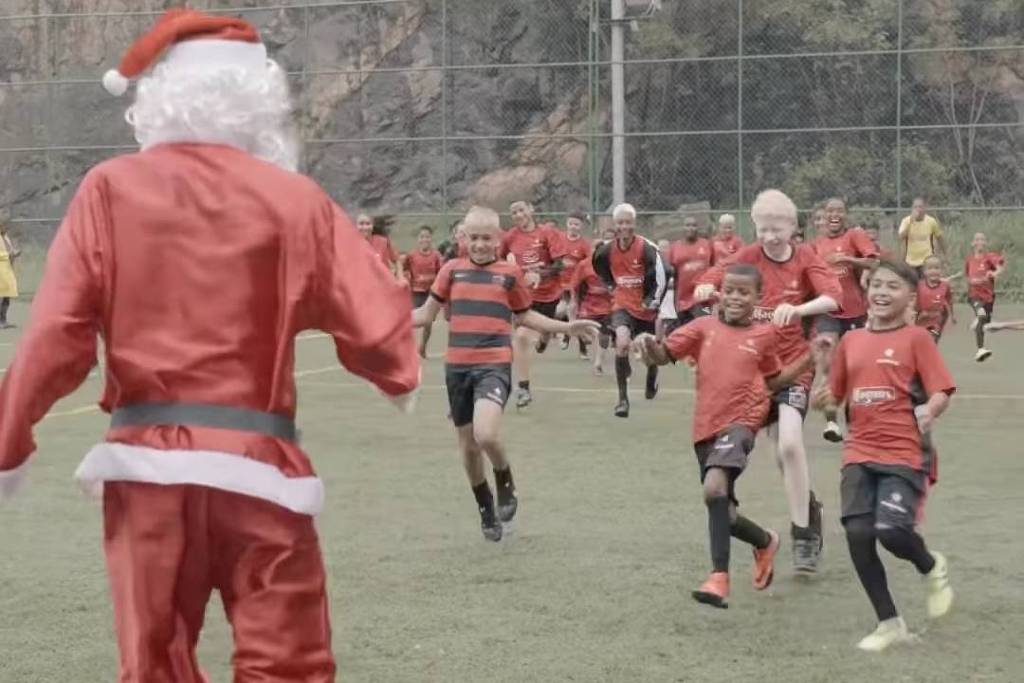 David Luiz, from Flamengo, dresses up as Santa Claus and surprises children in Mangueira

The player David Luiz, from Flamengo, dressed up as Santa Claus for a day and took gifts to children from the soccer school in Mangueira, north of Rio, last Tuesday (20). The athlete’s trip to the venue was aired on Globo Esporte Rio this Saturday (24) and shared by the athlete on Instagram.

The video begins showing behind the scenes of the player’s preparation putting on a white beard and appearing dressed as Santa Claus showing a false belly. Afterwards, the images show him being received with hugs by the children who had no idea he was the Flamengo defender.

The children played ball with Santa Claus and one of them asked him to follow her on Instagram without imagining that he was the player. When they realized it was David Luiz, some students from the soccer school began to cry with emotion. He delivered gifts to everyone and won a T-shirt from the Estação Primeira de Mangueira samba school.

“This here is life, it’s what we need everywhere, in every corner of our country. Not only at Christmas, not only at parties, but that every day we can be each other’s Santa Claus more and more helping, lending a hand and growing together”, said the player, after learning that the soccer field was once a dump.

Facebook
Twitter
Pinterest
WhatsApp
Previous article
DYPA: 14,800 euros in new businesses – What are the conditions?
Next article
Pope Francis appeals to victims of war and poverty on Christmas Eve