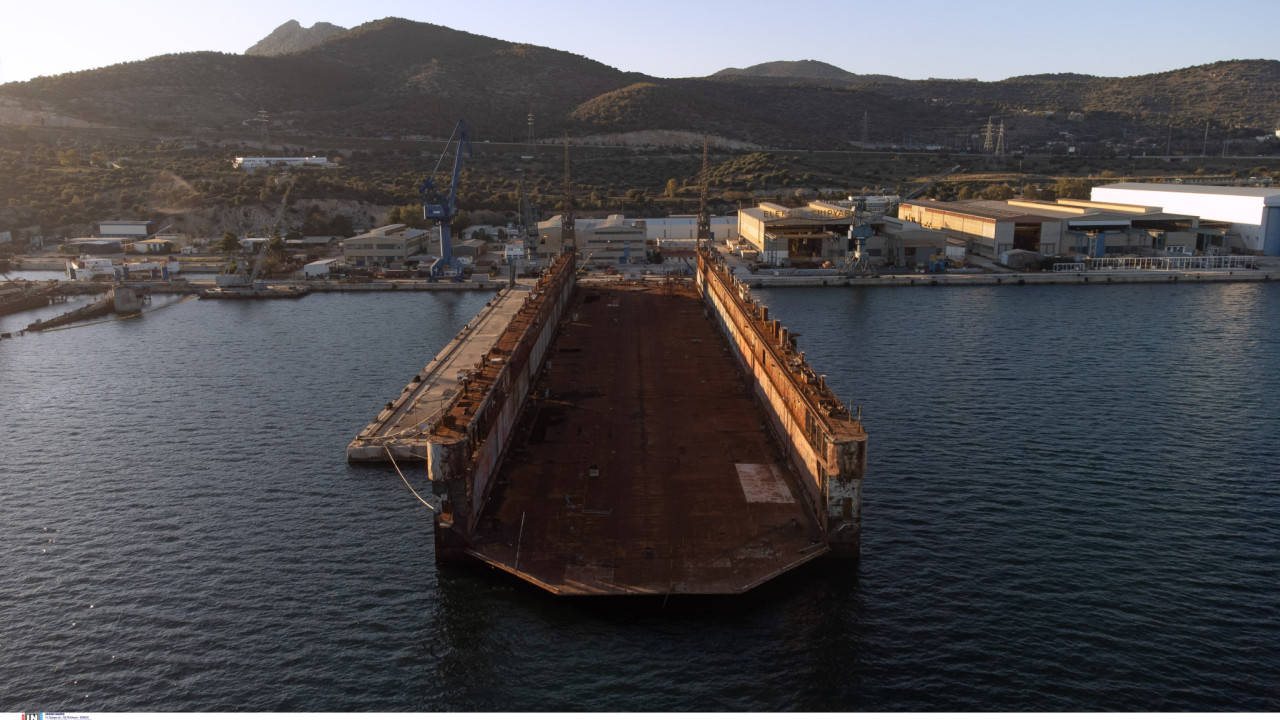 DW: Elefsina, a tangle of ancient and industrial civilization

On Monday, the ceremony of handing over the title of European Capital of Culture will take place in Elefsina, the smallest and most ancient city that takes over the institution

“If someone manages to change Eleusis, he can change the whole world” an artist once said. And Elefsina indeed has many reasons to want to change. The small town of 25,000 inhabitants, 21 kilometers west of Athens is not beautiful, it is not picturesque. It is not the Greece we know from tourist photos. The cities with the narrow streets, the crowded taverns and the blue beaches. Everything is different here. Low houses, industries, decaying barges slowly dying in the bay of Vlycha. But also smiling, welcoming people and often well-tended yards with freshly watered flowers. Eleusis is the other face of an unpronounced Greece. But an authentic face, wounded, silent, full of dignity.

In 2023, Elefsina will be one of the three cultural capitals of Europe. The smallest and the most ancient to date. In the hometown of Aeschylus, the great ancient tragedian, 465 events will be held in 30 venues by 192 Greek and 137 foreign artists. The program is entitled ‘Mysteries of Transition’ and develops in three central thematic axes: Man and Society, Environment, Work.

The Eleusis of life and Hades

Its artistic director, the 66-year-old director and actor Michael Marmarinos, begins with fervor and a flowing speech to unravel the thread of the cultural capital’s plans and intentions from the archaeological site, which is the heart of Elefsina in the center of the city. Exactly where people thousands of years ago tried with the Eleusinian Mysteries to come to terms with death, in the most respected of all the holidays of ancient Greece. Today we no longer know anything about these mysteries. The mystics who flocked by the thousands every year took a vow of silence to the Hierophant. Here was the sanctuary of the goddess Demeter, the goddess of sowing. “This is where wheat cultivation began for humans. From this point people stopped being nomads, they stopped running to find their food. They began to cultivate the land. Cultivating the land started civilization”, says Michael Marmarinos, who seems to know every inch of this charming, silent place.

A little further on, he shows us the “Agelasto Petra”, the stone where the goddess Demeter sat and wept for the daughter she had with Zeus, the goddess Persephone. She was the goddess of the seasons, who was seized by the god of the Underworld, Pluto because he knew that she would not choose a life in the dark. The eternal struggle of life with death.

We will end up at the Ancient Telesterion, the first “informal” theater in the world, as Michael Marmarinos tells us. Informal because the concept of theater did not yet exist, but there were diazomas, where people sat and watched the Mysteries. In this space, Sasha Waltz and Jochen Zadich will present the ‘Human Requiem’, “where through the experience of sound, music, natural light and the human body, we have another experiential situation for the visitor that no matter what we say, language is not enough”, emphasizes Michail Marmarinos. The work “Ma” by Romeo Castellucci will also be presented at the archaeological site. Anyway, it is a mystery what the title means and what exactly we will see.

A city also made by refugees

The tour continues to the other great piece of history of this city. The industrial tradition. A wish and a curse. Wish because it gave work to thousands of Greek refugees who came in 1922 from Turkey after the destruction of Smyrna and were able to build a new life. But also a curse because the oil industries, refineries, shipyards, cement industry and other industries that operated intensively, mainly until the 1990s, seriously polluted the environment and the health of the inhabitants. Western Attica, where Eleusis belongs, is the fourth region in Greece in the occurrence of cancer and one of the most environmentally burdened.

In the last decades, however, many industries closed, which also meant the city’s economic withering. Today, however, the old Iris paint factory is being renovated by the Cultural Capital with the aim of becoming a place of culture for all of Attica and a legacy for the future, after the end of the bright year of events and promotion. In this space, Colombian visual artist Juan Santovala will create a work dedicated to the city’s workforce. The project includes active or retired workers of different factories. A handmade ceramic helmet will be created for each of them, which will be given to them at the end of the exhibition.

The Old Olive Mill, another important building of the city, a soap factory founded in 1875 and closed in 1960, is also being reconstructed and will present, among other things, an exhibition-tribute to the Greek ex-Minister of Culture Melina Merkouris who had the excellent idea of ​​the cultural capital of Europe and to its French counterpart, Jacques Lange, who helped substantially in the implementation. At the same time, the adjacent outdoor theater will host performances, among others, from the National Theater of Novi Sad and South Korea.

We left for the end perhaps the most shocking part of this city. The cemetery of ships in the bay of Vlycha. 70 to 80 shipwrecks die slowly polluting the sea with rust and oil. The Greek state has been allowing this unacceptable situation for the residents and the place for decades. But his image takes your breath away. However, it is a mystery that is not revealed if and how the space will be utilized by the Cultural Capital.

The inhabitants of Elefsina, however, seem to be thirsty for a better life. Talking to them, they told us that they want people to come from everywhere and they hope that the central administration in Athens and the municipality will not forget them. To build roads, squares, sidewalks, to take care of the environment and the economy. 2023 is a unique opportunity to lay the foundations for a better future because Elefsina may not win you over at first glance, but if you make the effort to get to know her you will never forget her.