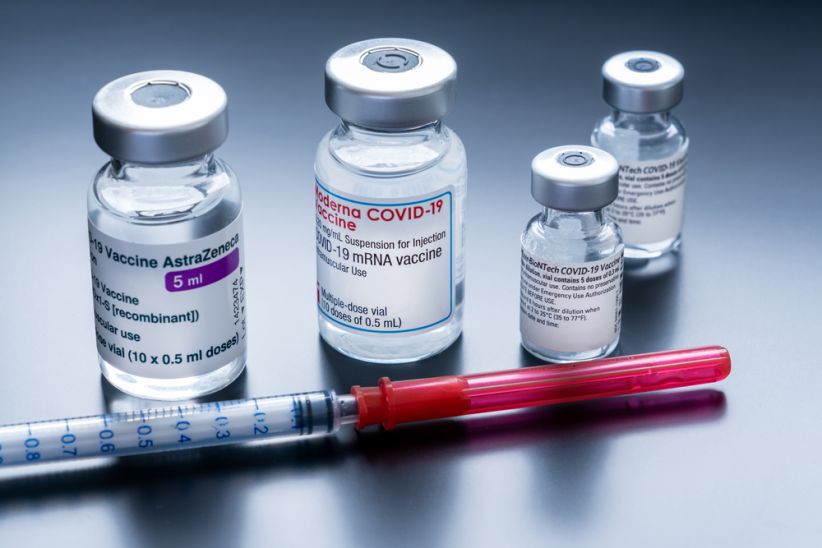 Coronavirus: Which vaccine protects the most 6 months later – What the first comparison shows

His scientists La Jolla Institute of Immunology in California released the results of the first analysis of whether four different types of vaccines prepare the body’s defense against it coronavirus. The comparison concerns so much antibody levels as well as of cellular immunityi.e. T-cells (CD4 + and CD8 +) and B-cells.

The study, published in the journal Cell Biology, is the first to compare how different vaccine platforms trigger a immune response to the same pathogen. These platforms are the two main ones mRNA vaccines (Pfizer / BioNTech and Moderna), a recombinant protein vaccine (Novavax) and one based on a viral vector (Johnson & Johnson).

The main findings are as follows:

– Antibodies: Six months after vaccination, those who did Moderna had the highest levels of neutralizing antibodies and were followed by those who did Pfizer and Novavaxwhile the stylish J&J was leading to the lowest levels.

– B Cells: Those who did J&J had the highest percentage of these memory cells after six months.

CD4 + T cells: All vaccinated had a similar percentage of such cells to the coronavirus.

– CD8 + T lymphocytes: The vaccine Novavax was driving to the lowest levels of these “killer” cells, while those who did had higher levels Pfizer, Moderna and J&J. In general, however, only 60% to 70% of those vaccinated had such cells after six months.

The new study, according to the researchers, confirms that most people keep some immune response to the coronavirus after six months, regardless of the type of vaccine they have given. Even if it does not protect against simple infection, it helps reduce the risk of severe Covid-19.

«Even if it is difficult to maintain a high level of antibodies in the long run, the presence of a stable cellular immunity indicates that the immune system can be reactivated very quickly, within a few days, if there is an infection.“, Said the lead researcher, Professor Alessandro Sete.

Facebook
Twitter
Pinterest
WhatsApp
Previous article
The Pixel 7 prototype was posted on eBay a few months before its official launch.
Next article
Harry and Megan ask for guarantees for their safety at Queen Elizabeth’s Platinum Jubilee