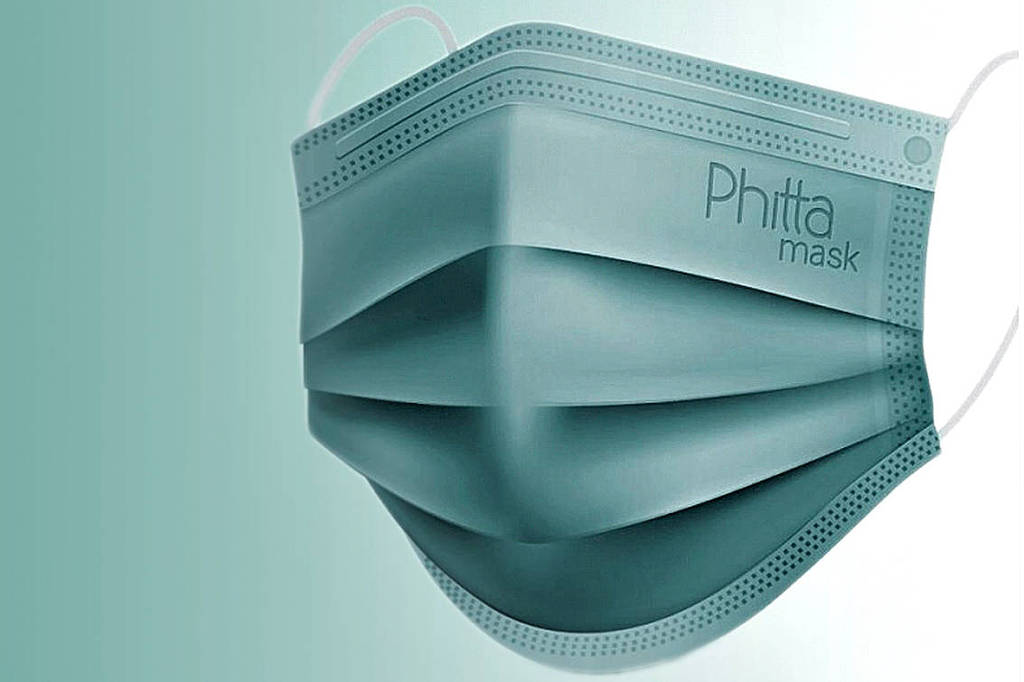 Faced with the significant increase in the number of Covid-19 cases in the country, several municipal governments have again recommended the use of a mask in closed environments. An orientation that can also help to contain the advance of the influenza virus, which causes infection of the respiratory system with high mortality among vulnerable groups.

The good news is that there is a mask capable of inactivating both viruses. Already marketed under the name Phitta Mask, the product was developed at the Institute of Chemistry of the University of São Paulo (IQ-USP) in partnership with the company Golden Technology.

The mask fabric is impregnated with a chemical compound, Phtalox, capable of eliminating viral particles the moment they come into contact with the mask. In a matter of seconds, the outermost layer of the virus is destroyed, preventing its replication.

In 2020 and 2021, the Institute of Biomedical Sciences (ICB-USP) carried out tests that proved its effectiveness (99%) against SARS-CoV-2 and its variants omicron, delta, gamma (P1) and zeta (P2). It was no different with the flu.

“The results of the laboratory tests make us very comfortable. The mask eliminated 100% of the viruses, both influenza A and influenza B. This is very important because it is a disease with high mortality, especially among pregnant women, the elderly and children”, says virologist Edison Luiz Durigon, a researcher at the ICB-USP supported by Fapesp and coordinator of the analyses.

The tests were carried out in microplates containing the cell cultures, where the viruses were grown. Pieces of the fabric of the mask were then placed in contact with the viruses, when they were completely inactivated under a microscope, unlike the control tests (plaques with only the viruses). “As in the case of the coronavirus, Phtalox also remains active for up to 12 hours, providing protection against influenza throughout this period”, explains the virologist.

Durigon believes that in the future there will be seasonal and interspersed outbreaks of Covid-19 and influenza. “That’s why it’s important that society continues to wear a mask, especially in higher-risk environments, such as hospitals, public transport, airports and air travel.”

For the CEO of Golden Technology, Sérgio Bertucci, the mask also plays an important role from an environmental point of view. “While a conventional surgical mask needs to be changed every three hours, ours guarantees protection for up to 12 hours, which significantly reduces the amount of units discarded in the environment”, he comments.

With information from the ICB-USP Communications Office

Facebook
Twitter
Pinterest
WhatsApp
Previous article
State Department message to Erdogan: Territorial integrity of all countries must be respected
Next article
All Together We Can: Voluntary Blood Donation Program from 14 to 19 June

What happens when ‘genius kids’ grow up