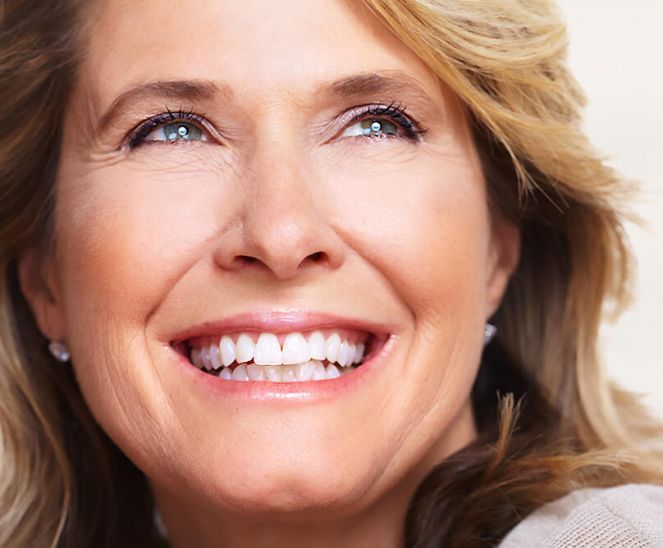 Over the last 10 years, huge steps have been taken in research to find out why we are aging and how to slow down the aging process, while maintaining a good standard of quality of life.

These researches were so important that five were awarded the Nobel Prize.

Most theories that try to explain why we get older focus on the fact that over the years, damage to the cells accumulates that our body can not repair (oxidized proteins, inflammation). All the researchers also agree that at least two biological clocks are involved in the aging process: the length of the telomeres and the hormones.
“Every time our cells divide, the telomeres at the ends of the DNA shrink. Our body cells divide 40-50 times, then stop and enter the phase of aging. “Also, our hormones, especially those related to sex, reach maximum levels during adolescence and then decrease and stop being produced during menopause and menopause.”

During the transition to this stage of life most women go through a phase in which the levels of their two main hormones, estrogen and progesterone, show an imbalance, with progesterone mainly decreasing and estrogen predominating (estrogen predominance). ). In this phase called premenopause, most women experience severe discomfort such as hot flashes, night sweats, migraines, weight gain, decreased libido, depression, which significantly affect their quality of life. At this stage they must faithfully follow the rules of a healthy lifestyle. This is followed by the menopausal phase during which menstruation does not occur for a year. To treat the severe symptoms of menopause and future risks such as osteoporosis, since 1950 they have replaced the two main hormones, estradiol and progesterone. This method was called hormone replacement. As a substitute for 17β estradiol, which is the form of estrogen present in humans, Premarin was given as a mixture of estrogens obtained from the urine of pregnant women. To replace progesterone, which is the form that exists in humans, a progestogen that is a chemical variant of it was used. The mixture (premarin and progestogen) was named Prempro.

In 1993, a large study was launched in the United States to test the benefits and risks of using hormone replacement therapy. In 2002, the synthetic (chemical) progestogen in place of natural progesterone was discontinued because of an increase in the incidence of breast cancer and thrombosis in women taking estrogen orally. Thus, the use of hormone replacement has been significantly reduced worldwide. Then there was a heated public debate about why no more natural solutions were used, solutions that the big pharmaceutical companies did not promote. Leading the way were famous TV personality Oprah Winfrey and actress and writer Suzanna Somers, who pushed for the use of so-called biosimilar hormones derived from plants such as soy or Mexican yam, which are made to be exact copies of human hormones.

Eventually the FDA, the US Food and Drug Administration, recognized biosimilar hormones so that women suffering from severe premenopausal and menopausal symptoms can take 17β estradiol in cream or gel to prevent blood clots and progesterone. micronized) at night before bedtime. It is important that they start as early as possible and that the duration of the treatment does not exceed ten years.

But menopause is not just about women. Men have the same situation. It is called andropause and is due to the gradual decrease in testosterone levels, resulting in the appearance of symptoms, the intensity of which varies from person to person. Men complain of unexplained fatigue, difficulty concentrating, irritability, depression while experiencing osteopenia and loss of muscle mass.

In recent years, research has shown that testosterone does not cause prostate cancer when administered during menopause. However, rules have been set for its administration. Testosterone levels must be below a certain level and there must be the symptoms that accompany menopause.

Testosterone is given mainly in the form of a cream or gel every morning and certain indicators are monitored every 6 months. For those who do not want the daily use of the cream, an injection that is given intramuscularly every 3 months is also prescribed. It has also been found that obese men and men with metabolic syndrome need to be tested for testosterone, as its recovery can reduce the risk of heart disease.