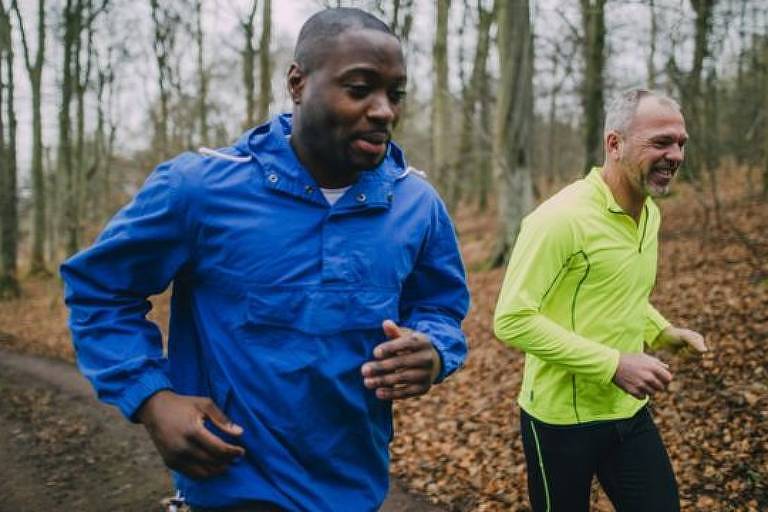 The positive effect of competition between friends

One of the most memorable moments of the 2022 edition of the Wimbledon tennis tournament in London took place in the women’s semifinal between Tunisian tennis player Ons Jabeur and German Tatjana Maria.

Outside of the tournament, the two players are known to be great friends. Maria’s daughters call Jabeur “Aunt Ons”. “I love Tatjana very much and her family is really amazing”, declared Jabeur, showing his affection for the rival.

The dispute for the spot in the Grand Slam final did not interfere in the relationship between the two. Both celebrated each other’s achievements after Jabeur’s final victory. “On the court, we [duas] we knew that we were going to do our best and that later we would continue to be friends”, declared Maria.

Forming and maintaining a good friendship in the face of professional rivalry is an achievement that may not be easy. Even if you start your relationship on a positive note, envy and jealousy caused by competition can easily “sour” interactions, leading to veiled resentments or even outright conflict.

Furthermore, competition can either motivate you to seek your best performance, or it can fill you with self-doubt and undermine your success – it all depends on your personality and the nature of your relationship.

Although the topic is relatively unexamined, psychological studies can help us understand how rivalry influences our relationships and our performance, with some tips that can help us remain more cordial to our competitors, as Jabeur and Maria do.

To some extent, conflicting feelings of friendship and competition among close colleagues may be unavoidable.

You are simply more inclined to befriend someone who is at the same stage of their career and shares the same experiences as you. But the sense of similarity that can bring people together inevitably raises the potential for social comparison.

This may not seem so obvious at the beginning of the relationship. But if someone who has started working alongside you starts to progress more quickly, it’s natural for you to start asking what the reasons might be – and whether, with a little more effort, you could achieve greater success.

Organizational scientists have long suspected that rivalry can spur motivation, so that both competitors perform at their best. It is for this reason that many companies pit colleagues against each other, evaluating their performance and offering rewards to those who achieve the best results.

But this evidence is ambiguous, according to a recent survey of the psychological literature. Who says it is the professor of human resources administration Christopher To, from Rutgers University, in the United States.

He mentions a research team that asked members of a running club to name specific opponents in their group. On average, participants responded that they felt greater motivation in the presence of a rival, which was often reflected in their race times – producing a 25-second advantage in a 5K race, compared to races without a rival. .

But other research has failed to find any tangible benefits from competitive interactions. In some situations, inducing in the participant a sense of rivalry with someone – such as singling out a specific competitor and asking the participant to beat him, for example – reduced their performance.

In these experiments, participants performed better when they were simply told to do their best, without social comparison.

But Christopher To suggests that there is a way to reconcile these conflicting results. His theory is based on participants’ “stress ratings” – whether they interpret competition as a threat or a challenge.

Several lines of research have shown that when we assess a given situation as a threat, we tend to feel that we don’t have enough resources to succeed. We fixate on all the bad things that can happen if we fail, like humiliation and loss of respect – and this anxiety tends to reduce our physical and mental performance.

When we see a situation as a “challenge”, we feel more confident in our preparation and ability to win. Instead of thinking about failure, we focus on what we will gain from our efforts.

The resulting tension reaction energizes us rather than distracts us. “The question is whether the competition excites you or turns you off,” explains To.

Many different factors can influence whether you see competition with your rival as a challenge or a threat, including a personal sense of “self-efficacy.” If you feel more confident in your ability to overcome difficulties, you will be more likely to regard competition as a challenge.

Your history with the rival also makes a difference. If you and your opponent have the same ability and encourage each other (as did Jabeur and Maria or the members of that running club), you don’t need to feel embarrassed or humiliated if you lose.

In these cases, you might consider competition an opportunity for both to shine – a thought that often benefits performance.

But if you already have internalized resentments about the person in question, you may find it much more difficult to notice their positives.

Your rival may already be getting a little more smug and arrogant – and maybe even insulting you, making you feel diminished. You may begin to fear that one more success will only widen the growing status gap between the two of you.

In this case, the resulting sense of threat will impair your performance and may also exacerbate existing feelings.

In her review of the scientific literature, To concluded that negative outcomes typically occurred in situations that would promote a threat mindset, while motivational benefits emerged when participants were able to see competition as a positive challenge.

The effects of interpersonal competition on the relationship with your peers will necessarily depend on the personality types of the people involved.

Jabeur and Maria apparently managed to separate their on-court ambition from their off-tournament friendship. But people with narcissistic personalities, for example, are much more likely to take competition personally.

People who have this personality trait to a high degree often have a sense of entitlement and a need for admiration. They attach great importance to their status and constantly compare themselves to others.

Due to this type of behavior, these people care a lot about their peers’ achievements compared to their own and can be less than pleasant if they feel they are falling behind.

“Narcissistic individuals tend to observe almost everything with a competitive nature”, according to Professor Virgil Zeigler-Hill, from the Department of Psychology at Oakland University in Michigan, in the United States. “And your self-love really is associated with outperforming others.”

But it’s worth pointing out that not all narcissists have the same profile. In fact, there are important variations in the way they see other people.

Some narcissists focus on self-protection and self-defense, according to Zeigler-Hill. In survey questionnaires, they are more likely to agree with statements such as “I take pleasure in the failure of my opponents.” These people can be unpleasant when they feel that their status is being threatened.

Others focus more on self-promotion rather than harming others. In survey questionnaires, they agree with statements like “I’m great.” They still care a lot about their status, but are generally less willing to engage in toxic behavior in their friendships.

Recognizing these subtle differences can be important in the event of rising tensions with a friend or colleague, as self-protective narcissists will be much more likely to perceive rivalry in any possible performance comparison. “You need to know how even mundane things can be interpreted,” according to Zeigler-Hill.

It indicates that a little “ego massage” can bring great benefits. “If you have a friend or colleague who has a very strong rivalry and you want to maintain that relationship, you can try to find ways to show how much you value them”, advises the professor.

If you face direct competition with friends or colleagues, To has some suggestions for making the most of the situation.

Based on work on stress assessments, the first step is to find ways to frame the opportunity as a challenge, not a threat. You might try to see an opportunity to test your abilities and achieve some of your ambitions, rather than thinking too much about the potential damage to your status and the possibility of embarrassment if you fail.

To’s second suggestion is to “separate the person from the problem.” When we get stressed, our minds easily start imagining all sorts of horrible scenarios, which can include obsessing over the other person’s behavior, imagining all the ways they can sabotage our efforts. This doesn’t really increase our chances of success and will only create feelings of resentment.

“Focus only on what you can do to benefit,” advises To.

Finally, you should try to ensure that your own behavior is as open and collaborative as possible.

If you are applying for the same promotion as a close colleague, for example, you must be transparent about this. If the two of you know what’s going on, you’ll be less likely to suspect each other of foul play, which prevents your relationship from deteriorating.

When approached with tact and sensitivity, friendly rivalry can bring out the best in people, as Jabeur and Maria reminded us this year at Wimbledon. Win or lose, mutual respect and admiration, maintaining a mutually supportive friendship, is something to celebrate.

* David Robson is an award-winning science writer and author of the book The Expectation Effect: How Your Thinking Can Transform Your Life (in free translation from English), published in the UK by Canongate and in the US by Henry Holt. Your Twitter account is @d_a_robson.

Facebook
Twitter
Pinterest
WhatsApp
Previous article
Teenager ordered to pay $150,000 for killing rapist in US
Next article
Consumers are most worried about price increases and inflation, according to data from IELKA