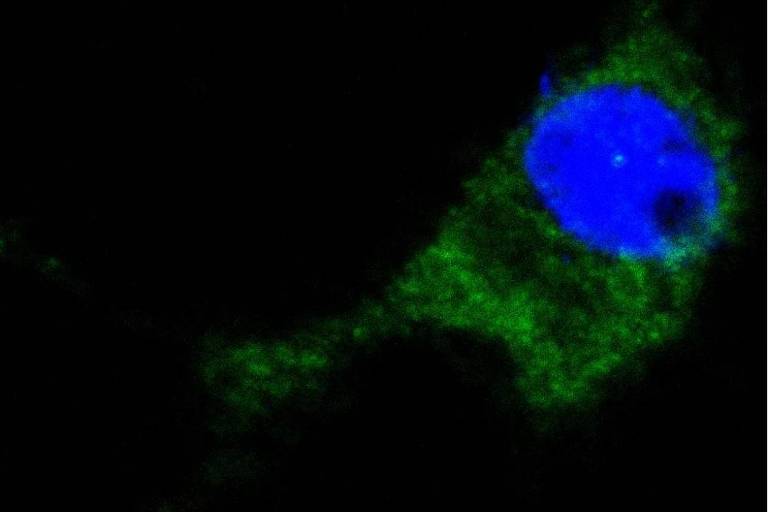 A group led by researchers from the State University of Campinas (Unicamp) has demonstrated how excess leptin, a substance produced in adipose tissue and known as satiety hormone, acts on a type of immune cell and contributes to the development of metabolic disorders, such as obesity. and diabetes.

Published in the journal Diabetes, the study paves the way for the development of therapies that can help people afflicted with these conditions.

“We put mice that don’t respond to leptin on a diet that makes them obese. [sensíveis à leptina] under the same diet, they were healthier: they had better control of glucose, blood glucose and insulin”, explains Lauar de Brito Monteiro, first author of the study carried out during her doctorate at the Institute of Biology (IB-Unicamp) with support from Fapesp.

Monteiro carried out part of the analysis during an internship at the Max Planck Institute for Epigenetics and Immunobiology, in Freiburg, Germany, also with a grant from the foundation.

To ascertain the role of immune cells in interacting with leptin, the researchers performed both in vitro experiments, using cells, and in animals (in vivo).

In the first, they analyzed macrophages, a type of immune cell, isolated from mice that do not express the hormone receptor anywhere in the body.

For in vivo analyses, they studied mice that do not express the leptin receptor only in myeloid cells, involved in the inflammatory process caused by obesity.

“This excludes the effects of leptin on cells of the central nervous system, such as neurons, since this hormone also acts in the brain signaling when it is time to stop eating. With these experiments, we show how it specifically acts on immune cells in adipose tissue. , where leptin is produced. In obese individuals, there is usually an excess of this hormone and an inflammatory process as a result”, says Pedro Moraes-Vieira, professor at IB-Unicamp and coordinator of the study.

“The work also showed that, in a non-inflammatory context, leptin is very important. It acts in tissue repair, something fundamental for the functioning of the organism and which is still not well understood”, he adds.

In normal cells, the researchers observed that contact with leptin in an inflammatory environment causes a large amount of molecules (cytokines) to be secreted that increase inflammation. In cells that do not have a receptor for the hormone, there was no production of these cytokines.

“The macrophages of adipose tissue are in an environment rich in leptin and therefore the hormone does not have as much effect on them. In cells from other regions with low concentrations of leptin, such as the peritoneal cavity [que envolve os órgãos abdominais], the substance becomes hyperinflammatory. Therefore, macrophages outside adipose tissue have an even greater contribution to the low-grade systemic inflammation that occurs in obesity,” says Monteiro, who is currently a postdoctoral fellow at the Sunnybrook Research Institute, affiliated with the University of Toronto, Canada.

The work shows that the metabolic changes in macrophages occur due to dysfunctions in the cell’s mitochondria, the organelle responsible for energy production. With inflammation, mitochondria produce less energy and more free radicals, which reduce the body’s functionality.

Behind all this is the so-called “mTOR cell signaling pathway”, widely studied in the context of other diseases for its regulatory role in cell metabolism. The researchers observed that not only is the so-called mTOR complex 1 (C1) important in this process, as was already known in the specialized literature, but that complex 2 (C2) has an even greater role than was known in leptin-induced inflammation. .

“Therefore, we treated the hyperinflamed cells with a drug that acts on this pathway, used to treat organ transplant rejection. Rapamycin, as it is known, inhibited the excessive increase in the secretion of inflammatory cytokines. This paves the way for the development of of treatments for metabolic diseases such as obesity and diabetes”, concludes Moraes-Vieira.

Researchers from the Max Planck Institute in Germany, the Institute of Biomedical Sciences at the University of São Paulo (ICB-USP) and the National Biosciences Laboratory of the National Center for Research in Energy and Materials (LNBio-CNPEM) also sign the publication. Campinas.

The work was also supported by Fapesp through the Center for Research on Obesity and Comorbidities (OCRC) and another grant granted to IB-Unicamp researcher Alessando Farias.

The article “Leptin Signaling Suppression in Macrophages Improves Immunometabolic Outcomes in Obesity” can be read here.