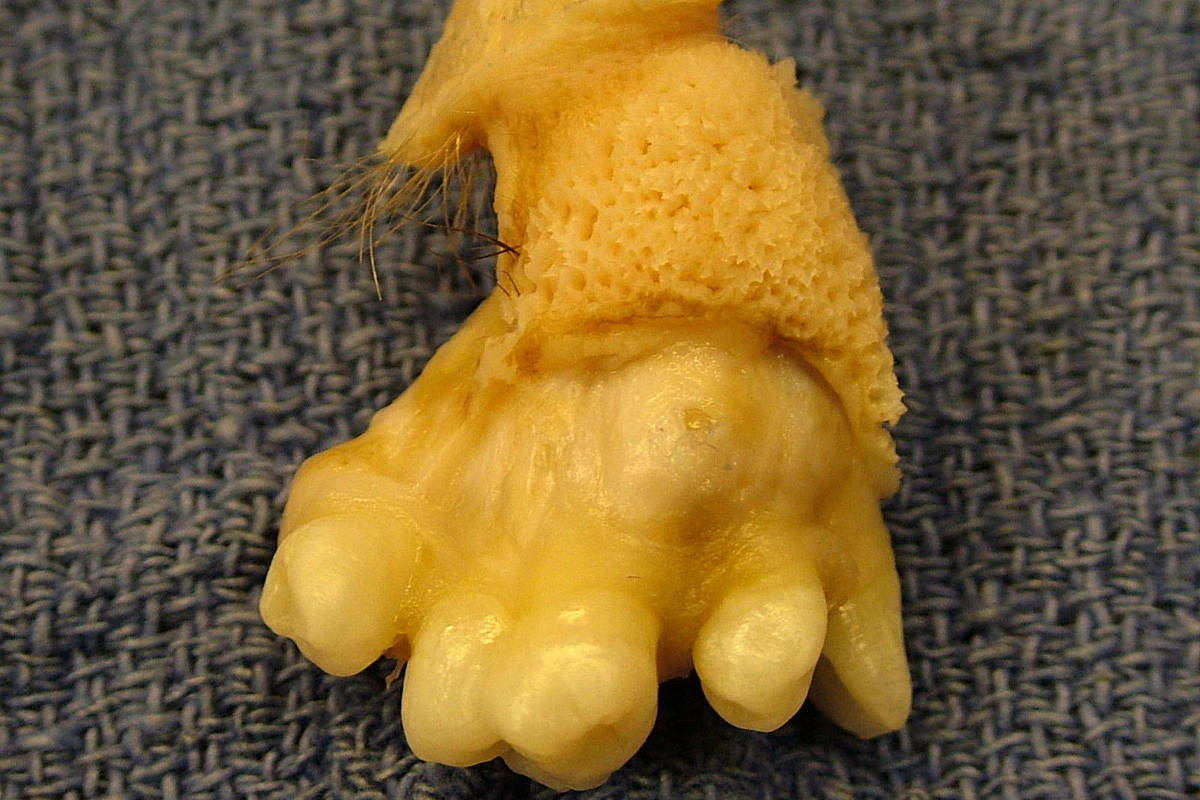 What is a teratoma, a tumor on the ovaries that can have teeth, hair and nails

Influencer Drielly Arruda was shocked this week and left social media in shock when she discovered that the strong cramps she felt were caused by a tumor that generates tissues such as hair, cartilage, teeth, muscles, fat and bones. Called teratoma, it is generated in germ cells and is benign in most cases, that is, it does not spread through the body.

With the caption “This thing even had nails”, Arruda says that she went to the gynecologist often, but the doctors always said that her pain was normal. She even thought she had endometriosis, a disease that also causes severe cramping and, therefore, confuses patients with the tumor in the ovaries, but Drielly’s tests did not point to this diagnosis.

“Almost every month I would stop at the hospital to take medicine in the vein,” he shared on his profile. Her teratoma was so large that she lost one of her tubes, surgically removed along with the tumor.

The gynecologist oncology Leandro Santos de Araujo Resende, director of communication and dissemination of SGOB (Association of Gynecology and Obstetrics of the Federal District), says that teratomas can develop in various parts of the body of women and men from the so-called germ cells.

“In men it can affect the testicles, but they are considered rare situations”, highlights the doctor.

In most cases, teratomas are also asymptomatic and do not generate complaints. “They are often diagnosed in routine exams, such as transvaginal ultrasound. The treatment is surgical, with the removal of the entire tumor”, says Resende, who is also a doctor in tocogynecology, an area of ​​diagnosis and treatment of diseases of the female genital system.

According to him, if the tissue is healthy, it is possible to preserve the patient’s fertility. Unlike a cyst, which is a lesion of liquid content, a teratoma is really a tumor, formed by solid materials.

In women, it is common in the reproductive phase, between 20 and 40 years of age, and sometimes it also occurs in adolescents. It happens by a differentiation of part of the cells of the ovaries, called germ cells, which proliferate in a disorderly way and, when malignant, corresponds to ovarian cancer and requires specific treatment.

“It is always important to carefully evaluate the unaffected ovary, as the patient with a teratoma is at greater risk of developing the same problem in the other ovary”, says the doctor.

Treatment depends on the size of the tumor and, for Resende, the best option for removal is laparoscopy – a minimally invasive surgery that carries fewer risks and a faster recovery, on average from two to four weeks.

“When associated with the malignant type, [imaturo]it is always important to be accompanied by a multidisciplinary team, with an oncological surgeon and clinical oncologist”, highlights the professional.

The doctor Maria Ignez Braghiroli, oncologist and member of the board of SBOC (Brazilian Society of Clinical Oncology), says that there are no screening analyzes for this type of tumor, but that persistent complaints require an investigation with imaging tests.

“It’s cancer, but 99% of the time it’s benign, it doesn’t leave where it is and passes to another organ. The germ cells have the potential to become any tissue: muscle, hair and even produce thyroid hormones, but becoming malignant is very rare”, says the oncologist.

She says that either the gynecologist, urologist or general practitioner can start the investigation from the symptoms and, if they find a more serious problem, refer to the surgeon or oncologist.

Braghiroli reinforces that most of the time the symptoms are local and that this is not a genetic syndrome, but can be confused with other diseases, such as endometriosis – which makes the tests essential to differentiate the problems.

“Symptoms [podem ser] very similar, but with the image exam it is easy to distinguish because they are very different findings”, he says.

Facebook
Twitter
Pinterest
WhatsApp
Previous articleHPV: How much do we know about the Human Papillomavirus in Greece?
Next articleMitsotakis from Ground Zero: The fight against terrorism is ongoing