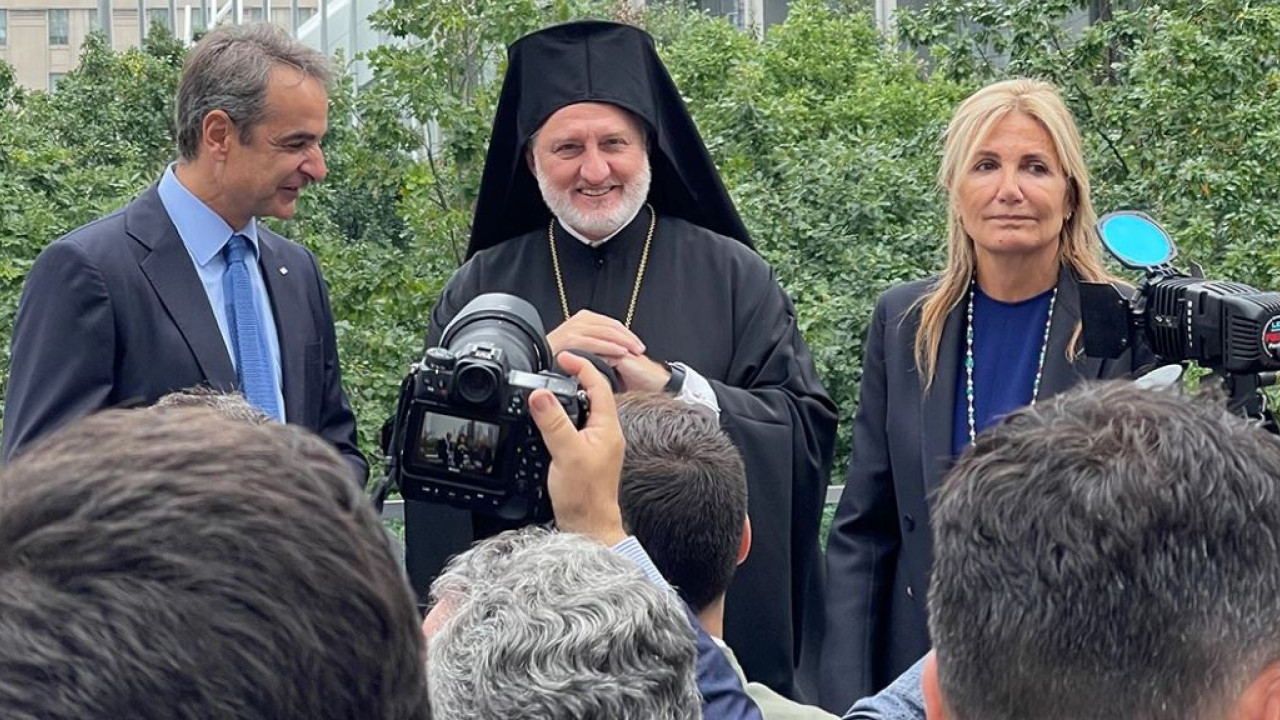 Mitsotakis from Ground Zero: The fight against terrorism is ongoing

The Prime Minister laid a wreath on the only tree at that particular spot, which survived the terrorist attack.

The memorial at Ground Zero, at the point where the twin towers fell, was visited by Prime Minister Kyriakos Mitsotakis accompanied by his wife Mareva Grabovski-Mitsotakis.

The prime minister placed Greek flags in the names of the Greeks who lost their lives and laid a wreath on the only tree in that particular spot that survived the terrorist attack.

Next to the Prime Minister was Mrs. Anthoula Katsimatidis, who lost her brother Giannis in the terrorist attack.

“I am very happy that you have come today to honor us with your presence at this point which is so important to me, my brother Giannis was an incredible child, a young man full of joy and love. I am glad that you came to leave a wreath and honor us”, said Mrs. Katsimatidi, addressing the Prime Minister.

“I felt the need to come to this holy place today to lay a flower and pay tribute to the 2,977 innocent people who lost their lives unjustly in the terrorist attack of 9/11. Among them were 41 Greek-Americans, one of whom was Yiannis, who was trapped on the 104th floor when the first plane hit the north tower,” said Kyriakos Mitsotakis.

“The fight against terrorism is a constant battle, it is a battle that we have an obligation as democracies to fight in order to be able to preserve our way of life and to be able to continue to function in open democratic societies such as those that we have so we have worked hard to build” stressed the Prime Minister and added, addressing Mrs. Katsimatidis:

“I want to thank you again for being here today and know that the victims of terrorism, because we too in our country have been hurt by our own domestic terrorism, we will always continue to honor them and we will never forget them.” .

Then Mr. Mitsotakis headed towards the Holy Church of Agios Nikolaos. There he was welcomed by the Archbishop of America Elpidophoros and he was shown around the interior of the Temple, which is under construction.

Facebook
Twitter
Pinterest
WhatsApp
Previous articleWhat is a teratoma, a tumor on the ovaries that can have teeth, hair and nails
Next articleFederal Police carry out operation against the use of cryptocurrencies to launder money