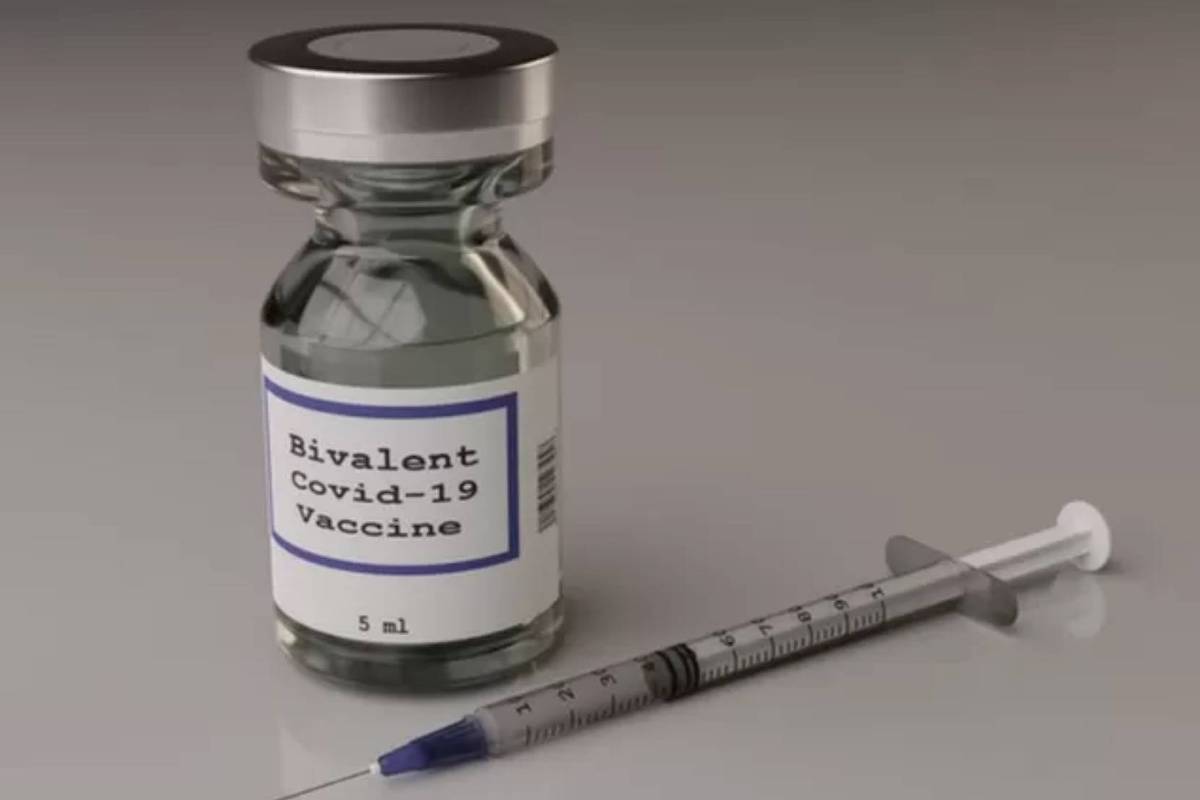 Vaccine for Covid: when immunizations for new variants arrive in Brazil?

In recent weeks, the first updated vaccines against covid-19, which offer greater protection against the latest strains of the coronavirus, began to be approved in the United States, Canada, the European Union and the United Kingdom.

There is, however, no official forecast of when they should arrive in Brazil and enter the country’s immunization campaign.

Sources heard by BBC News Brazil who participate in committees on vaccination within the Ministry of Health say that the subject was not on the agenda in the last open meetings on the subject.

“I don’t know of any government initiative to buy up-to-date vaccines against covid”, informs doctor José Cassio de Moraes, professor at the Faculty of Medical Sciences at Santa Casa de São Paulo and a national reference in immunization campaigns.

“As far as I know, this discussion has not yet taken place at the Technical Chamber for Immunization Advice (CTAI), which brings together representatives of the government and various health entities”, confirms the doctor Isabella Ballalai, vice president of the Brazilian Society of Immunizations ( SBIm).

“We, as health professionals, are very distressed and hoping that the conversations are happening in other internal instances of the ministry. The year 2023 is knocking at the door and we needed the planning of the next stages of the campaign to be happening now”, says the expert.

“If these conversations are not ongoing, it is very worrying,” he adds.

Pfizer, the pharmaceutical company responsible for developing one of the updated versions already approved abroad, made an emergency authorization request for the new product to the National Health Surveillance Agency (Anvisa).

Sought by BBC News Brasil, Anvisa replied that “the authorization request for Pfizer’s bivalent vaccine is under analysis and is still within the stipulated deadline”.

Pfizer sent a clarification note saying that “the current contract for the supply of the vaccine against covid-19 to Brazil includes the delivery of potential adapted vaccines and/or for different age groups”.

“The estimates of delivery of the bivalent vaccine will depend on regulatory analyzes and definitions with the Ministry of Health”, informs the text.

The Ministry of Health, in turn, did not send any response on the issue until the publication of this report.

Do you have time?

If a future vaccination campaign against covid follows the same pattern as what happens every year with the flu, the tendency is for priority groups (such as the elderly, pregnant women and health professionals) to receive bivalent doses from March and April. next year, in early autumn.

Although we have about six months until then, the time may not be enough to complete all the steps involved in this work, assess the experts.

“We are not at all calm about this deadline. The update of doses is something that should be discussed now and, if Brazil has not started to do this, it is already very late”, warns Ballalai.

“To be well done, a vaccination campaign needs to be planned for at least six months”, calculates Moraes.

“This is the time needed to make a political decision, check the availability of stock with the laboratories, negotiate the price, make the delivery, make the distribution…”, the doctor details.

“And, as far as I know, none of this is happening right now,” he adds.

For now, the country’s strategy has been to indicate a fourth dose (or a second booster dose) for everyone over 35 or 40 years old (depending on each city) and for health professionals.

The application takes place at an interval of four months after the third dose.

“And it’s important to clarify that currently available vaccines continue to work relatively well, especially against severe cases, and everyone should complete the regimen with three or four doses to be more protected,” Ballalai points out.

According to the CoronavirusBra1 portal, which gathers data from the State Health Departments, only 55% of the Brazilian population received the third dose of the vaccine that protects against covid-19.

Understand below how the updated vaccines work and how they can contribute to the falling numbers of covid-19 for the next few months.

As the coronavirus spread around the world, it gradually gained new versions, known among scientists as variants.

During an infection, the pathogen invades our cells and uses this biological machinery to create new copies of itself.

But this process is not always 100% accurate: some of these viral copies can come out with defects and changes in the genetic material.

Some of these mutations bring advantages to the virus, which becomes more transmissible, manages to escape previous immunity or becomes more aggressive.

This is what happened with the alpha, beta, gamma, delta variants and, more recently, the omicron and its “heirs”, such as BA.1, BA.2, BA.4 and BA.5.

The point is that the first wave of vaccines approved from the end of 2020 use as a reference the “original” virus, first detected in Wuhan, China.

“In other words: the virus has evolved, but the vaccines have not”, summarizes the medical epidemiologist Denise Garrett, vice president of the Sabin Institute of Vaccines, in the United States.

“Although they still have some protection against severe disease, the effectiveness of the original vaccines against infection for the Ômicron has decreased a lot. Therefore, the need for updated vaccines, targeting the sequences of the new variants”, he adds.

In other words, viral metamorphosis means that, with the passage of time and the emergence of such variants, immunizers suffer a reduction in the ability to protect us against the version of the coronavirus circulating at that moment and the effects it can have on the body. .

It is from there that the need to update the products arises: the doses have their formulation modified so that they are closer to the current variant.

Thus, the immune system is better prepared to recognize and deal with the recent versions of the pathogen that circulate around the world.

This reasoning has been applied for decades in influenza vaccination: as influenza virus strains change, each year’s campaign uses different formulations, according to the type of agent most common at that time.

“The approval of the new vaccines was based on data from studies on BA.1 in humans and on tests of BA.4 and BA.5 in mice. With the release of these versions and the beginning of their use, more information will be available. available soon”, analyzes Garrett.

“As for safety, there is no reason to think that the doses used would be different from the optimal profile already established for these mRNA vaccines”, concludes the doctor.

A survey published on September 16 in the scientific journal The New England Journal of Medicine details the results obtained with the new version of the product from pharmaceutical company Moderna.

According to the article, the “bivalent vaccine induced a production of neutralizing antibodies superior to that observed with the immunizer used until then, without any evident safety concerns”.

In the studies that served as the basis for approval abroad, the Pfizer and Moderna updates were linked to simple, easy-to-manage side effects such as pain, redness and swelling at the injection site, as well as tiredness and fever.

Starting in the second half of 2022, two pharmaceutical companies made some important changes to the vaccines against covid-19: Pfizer, which has already been mentioned and is used in Brazil, and Moderna, which has not yet arrived in the country.

Both are based on mRNA technology, in which the immunizer carries a strand of genetic material capable of instructing our body’s own cells to manufacture the S protein (spike in Portuguese) found on the surface of the coronavirus.

This material generates a reaction from the immune system, which is more prepared to deal with the pathogen if it tries to invade the body.

And what is the big difference between these new formulations by Pfizer and Moderna?

They are bivalent. This means that both carry genetic instructions for the original virus, from Wuhan, and also for more recent variants, such as BA.1, BA.4 or BA.5.

Thus, it is possible to generate a broader immune response, in which defense cells are able to recognize and react to a wider spectrum of versions of the pathogen.

This new wave of immunizations has already been approved in places like the United Kingdom, the European Union, the United States and Canada.

In these places, the strategy is to offer them from autumn in the Northern Hemisphere to avoid a new wave of cases, hospitalizations and deaths from covid during the cold season, when people gather more indoors – which naturally facilitates the virus transmission.

In most places, this updated booster dose will initially only be given to some specific audiences, who are at high risk of complications or are more exposed, such as health professionals, workers in nursing homes, pregnant women, the elderly, people with chronic diseases and immunosuppressed.

For now, the only news about the possible arrival of bivalent doses to the country come from Pfizer and Anvisa: the pharmaceutical company asked the regulatory agency for approval of the new product, and a response should be released in the coming weeks.

“There is no reason for Brazil to stop incorporating these new vaccines. The country has sufficient resources for this”, says Garrett.

The Ministry of Health, which is responsible for coordinating vaccination campaigns in the country, has not yet made any announcement about the next steps, or whether the updated products will be applied to the population or to some specific audiences.

The government maintains the CTAI (Covid-19 Immunization Technical Advisory Chamber), which is a chamber formed by ministry technicians and invited experts from medical societies and associations.

There was even an exclusive chamber to weekly discuss vaccination against covid – but this group has not met since May.

“The specific vaccination committee for covid-19 was extinguished and we had no more meetings. There is no discussion about a possible update of immunizers”, says Moraes.

In fact, the last CTAI event on covid, at least according to the records on the ministry’s website, took place on May 27.

In the agendas and meeting minutes made available online, there is only one mention of modified immunizers.

In the minutes of January 28, 2022, it is possible to read that the experts “highlighted the perspective of updating vaccines, considering the possibility of other formulations that contemplate the variants [do coronavírus]”.

Ballalai clarifies that discussions about the vaccine against covid are now taking place in a broader CTAI, which also covers the other immunizations available on the public network.

“I did not participate in the last meeting, held three weeks ago, but in the previous ones there was no mention of the use of bivalent doses against covid”, he says.

Facebook
Twitter
Pinterest
WhatsApp
Previous articleThe trial at the Special Court slows down – What requests were made and which were rejected
Next articleCac 40: The painful fight against inflation has disarmed the Paris Stock Exchange