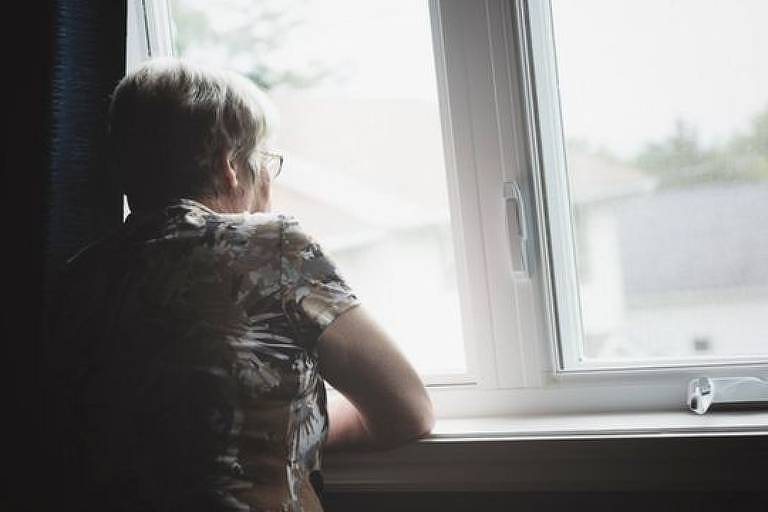 WhatsApp messages are not enough to contain loneliness of the elderly, says happiness psychologist

The Covid-19 pandemic has led governments around the world to adopt strict measures of restriction and social isolation to prevent the spread of the disease. The elderly were part of the risk group and began to be avoided by their own family and friends to reduce the chance of transmission.

Denize Savi, an expert in the science of happiness and coordinator of the organization Doe Sentimentos Positivos, said that the elderly suffered even more in the pandemic because they did not get into the habit of dealing with new communication technologies like younger people.

“They ended up being isolated. This worsened the sadness, the number of depression and anxiety greatly increased. We need to look at this scenario with empathy, carefully, because they need attention, especially now in this post-pandemic”, said the expert.

Denize says that recent studies point out that this isolation from the general population may reflect a future mental health epidemic in this post-pandemic period.

And to prevent psychological diseases from reaching society in a mass way, she says it is necessary to create a support network around people, especially the most vulnerable, such as the elderly.

“The family needs to get closer to these people. Because physical contact is extremely important, fundamental”, he says.

Another orientation of the psychologist is to avoid sending bad news to the elderly.

“Sometimes, for example, you heard that a person you lived with, older than you, died (…) [É necessário] minimize these issues. Really bringing good news and bringing something fruitful to the conversation that will make that person happy,” he says.

But she also gives an ear tug to the elderly who don’t look for their family.

“In the same way that children and grandchildren need to look for the elderly so that there can be this interaction, the elderly also have to do this. They also have to send a message: ‘Wow, are we going to have lunch this weekend?'” , says the expert.

When none of these techniques work, the elderly, according to her, should look for some occupation on their own. Something, preferably, that has a social impact through solidarity.

“Sometimes the elderly woman has a talent for knitting. She can make blouses and coats for children in daycare centers. The biggest secret of all is not knowing what to do. It’s having discipline. Having discipline is the hardest. goes for all ages, but especially for the elderly”, says Denize.

The importance of presence

The psychologist reinforces that, according to studies, contact exclusively by phone or via WhatsApp and social networks is not enough to increase the feeling of happiness and well-being.

“It’s physical contact, affection, especially hugs and eye contact and affection, that make the human being flourish for a life with more well-being. So it’s no use for the family member to call to find out how the father the mother is there if he doesn’t make a face-to-face visit. It’s extremely important to really be together. It’s often very difficult because he lives in distant cities, but it’s necessary to organize yourself so that, at least at some point, you can be together. Because this is essential “, she says.

This physical contact, according to Denize, is essential to prevent the elderly from getting sick.

“[Essa distância] can lead to diseases such as Alzheimer’s, Parkinson’s, depression, anxiety, schizophrenia and so many other mental illnesses”, says the psychologist.

The expert in the science of happiness says that research developed by Harvard University, which has lasted more than 80 years, has revealed that people who reach old age with a small social network, with few friends, are much more prone to depression. .

“Loneliness, scientifically speaking, makes us unhappy. So, we need to look at our friendships as something extremely important for our well-being. From an early age, we already need to cultivate these relationships because this research shows that a happy life it’s a shared life”, he says.

“This research even shows that people who have more social connections, in addition to being happier, are healthier. They live longer. death before,” said the expert.

The psychologist also stated that it is important that the people around these elderly people take care and affection for them. She emphasizes that public policies are also needed so that the elderly who live alone have spaces to interact with each other.

“Welcoming is essential because people stop feeling this isolation, this loneliness, and start to feel important. So realize that physical contact, the meeting, promotes this.”

In addition to being insufficient to prevent mental illness, messaging the elderly through apps can cause them even more anxiety.

“What we see today is a lot of negative news. This makes us increasingly worried, anxious and introspective. We need to promote the opposite. Talk about things that will drive this reunion between people. This hope that things are changing . What happens is that the human being has a natural tendency to be negative.”

“American researcher Rick Hanson says that the human brain is Teflon for the positive and Velcro for the negative. And what happens when we see bad news? in the newspaper. It reverberates throughout the day. And if we spend an hour with only bad news or throughout the day, having contact with a lot of news, our worldview will be totally negative, which leaves us more and more less confident for life.”

Denize Savi says that we must stay informed, but that it is also necessary to police ourselves so as not to expose ourselves to this “natural tendency to the negative”.

Among the initiatives, the psychologist says the construction of living spaces for the elderly is crucial. She defends that these places not only serve as meeting points, but also offer professional courses, dance and sports classes.

“This needs to be resumed, because there was a pause in the pandemic and now it is a time for these people to call. Many are afraid to leave because the pandemic made us very insecure. This is essential for them to have that glow for life again” , says.

After the pandemic, the psychologist says that fighting loneliness has been one of the biggest challenges in psychology.

the importance of friendship

The psychologist emphasizes that cultivating friendships from childhood is essential to have a happier adult life.

“It is from this coexistence with other children that she will learn empathy, develop creativity, a sense of responsibility and that she will know what it is to share, share, learn and negotiate”, says the psychologist.

She also states that friendship collaborates in adolescence with the construction of identity and that at that moment you start to find the best friends. These companions, she says, are the foundation of adult life in problem solving.

“When we share our problems, they get smaller. When we are welcomed by a friend, we gain strength to face everyday life and challenges. Often you don’t get along with the people in your family, but you get along well with your friends. That’s the family we choose, as the popular saying goes.”

Facebook
Twitter
Pinterest
WhatsApp
Previous article
Berlusconi wins Senate seat with campaign marked by uncle jokes on TikTok
Next article
Bad weather “Bogdan”: recommendations of the GPP in view of the deterioration of the weather