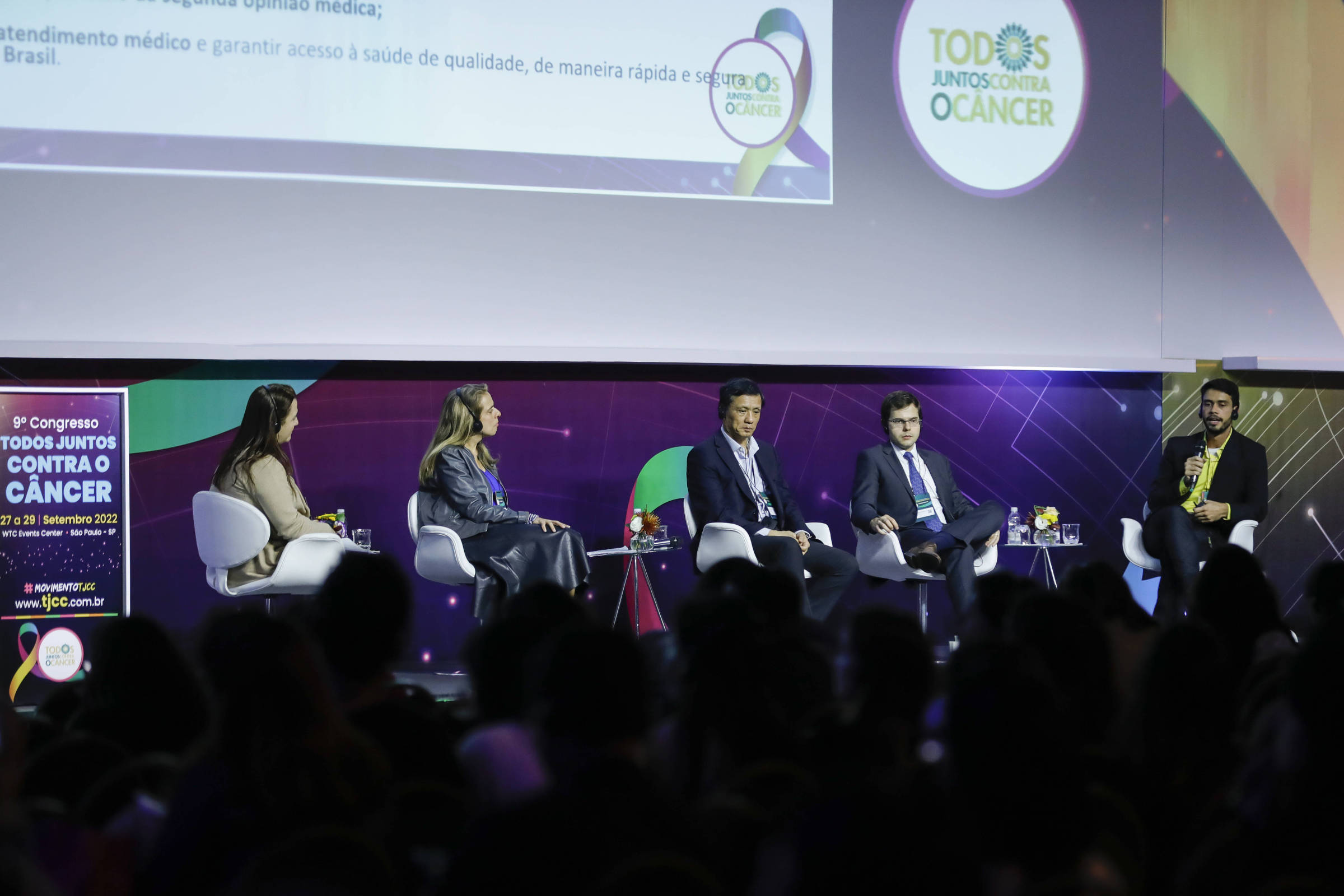 The Covid-19 pandemic has imposed the adoption of technologies such as teleconsultation, which have become increasingly used. The possibilities of telehealth, however, go beyond online consultations and include education, disease prevention and health management and promotion, although progress is still timid on these fronts.

The topic was discussed this Tuesday (27) by experts during a panel at the 9th All Together Against Cancer Congress, an event promoted by Abrale (Brazilian Association of Lymphoma and Leukemia). The panel was mediated by journalist Fernanda d’Avila and organized by Abrale and IVC (Instituto Vencer o Câncer).

For Chao Lung Wen, president of ABTms (Brazilian Association of Telemedicine and Telehealth), telemedicine is not a tool for distancing, but for bringing healthcare professionals and patients closer together. According to him, there is no harm to practices such as physical examination, since the doctor can observe and guide the patient, and in the use of equipment to measure health indicators, for example.

For the process to be successful, he says, teams need education in digital bioethics to apply the modalities of telehealth service provided by the CFM (Federal Council of Medicine), such as telediagnosis, telemonitoring and telesurgery.

Thus, it is possible to reduce fragmentation in the health system and optimize investments by integrating prevention, health promotion, tracking and monitoring of diseases.

Wen, who also heads the telemedicine discipline at the Department of Pathology at the USP School of Medicine (University of São Paulo), points out that PL 1998/2020 is being processed in the Senate, which, if enacted, changes the SUS law by recognizing modalities non-face-to-face service.

After the sanction, the challenge becomes the implementation of the law for the integral follow-up of the patient, says Ana Maria Drummond, institutional director of the IVC.

For her, one of the roles of technological tools is to facilitate the orientation of patients and their access to quality information — in this case, the doctor can use visual resources to facilitate the patient’s understanding of their type of cancer, she exemplifies.

Abraão Dornellas, a clinical oncologist at Hospital Israelita Albert Einstein and a member of the Scientific Committee of the IVC, says that telemedicine has challenged oncology above all, due to professionals’ resistance to using tools such as telediagnosis, which was already adopted in dermatology. For Dornellas, one of the main contributions of telehealth in oncology is teleinterconsultation.

The modality allows the exchange of knowledge between health professionals in the discussion of a clinical picture, as not all cities have large oncology centers or doctors specialized in specific tumors. With the exchange of information between teams, the outcome of cancer patients can be more positive, he says.

At Abrale, one of the telehealth projects is the onco-teleinterconsultation, present in 50 institutions, whose objective is to bring health professionals closer to the SUS through consultations for medical teams and consultations for other professionals, such as nurses, physiotherapists and psychologists, he explains. João Victor Damasceno Mourão, assistant nurse at the initiative.

Another front at Abrale is telemedicine for patients, which helps them to cope with side effects, obtain a second opinion and correctly use medications.

For Drummond, from IVC, the role of the third sector is precisely to contribute to the construction of different models in telehealth, because a single solution is not capable of meeting the different realities of the country, which still faces barriers such as difficulties in connectivity.

Facebook
Twitter
Pinterest
WhatsApp
Previous article
New blunder Biden: He was looking in the audience for a congressman who was killed in a traffic accident – Watch video
Next article
Heaps of accusations from the Prosecutor against the 23 arrested of the Polytechnic University