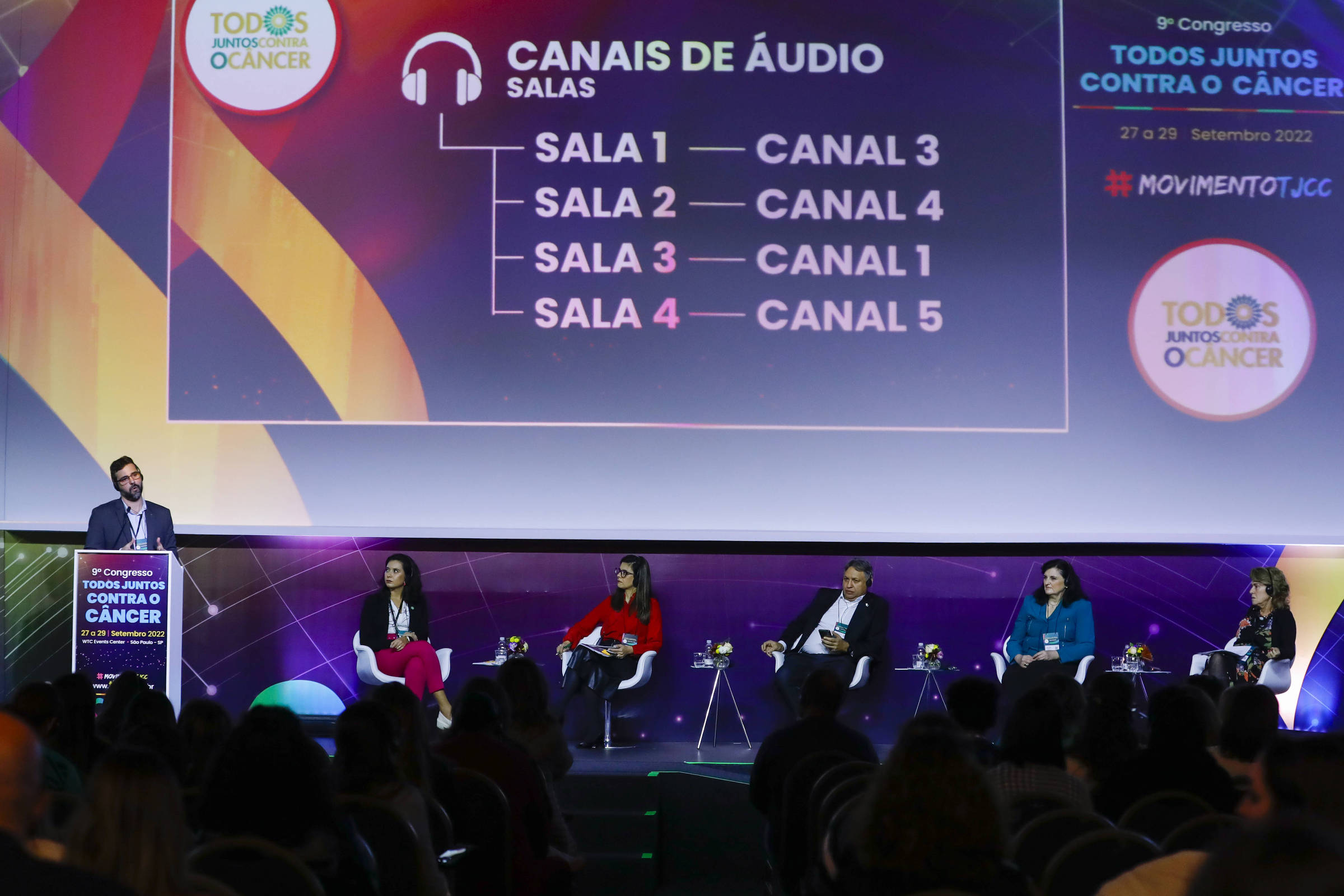 Laws for the treatment of cancer are not followed, say experts during congress

Laws that guarantee cancer care are important for the democratization of access to health, but they run into bottlenecks that compromise patients’ chances of cure.

The legal framework in the area of ​​health was one of the themes of the 9th edition of the All Together Against Cancer Congress, which began on Tuesday morning (27), in São Paulo.

The event takes place until Thursday (29) and brings together specialists from different areas of health, references in national and international oncology. The congress is organized by the Todos Juntos Contra o Câncer (All Together Against Cancer Movement), an entity that brings together more than 200 civil society organizations committed to the care of cancer patients.

Advocacy coordinator for the NGO Oncoguia, Helena Esteves says that laws aimed at cancer patients are important to ensure access to treatment quickly.

Created in 2019, Law 13,896 ensures that people with suspected cancer receive a diagnosis within 30 days, which is why it is known as the 30-day Law.

Law 12,732, enacted in 2012, guarantees treatment within 60 days for people who have discovered the disease. This determination is known as the 60-day Law. Esteves says, however, that the application of the measures still faces problems.

“The 30-day Law defines that the exams must be done within 30 days, but it leaves open the deadline for receiving the result.”

As a result of this gap in the law, the specialist has already found patients who received the results in two days and people who had to wait eight months to be diagnosed.

“It’s a recent law, and we have to work on public policies to improve it, because there are still some bottlenecks.”

The implementation of the 60-day Law is also incomplete. According to data from the Cancer Radar, based on the Access Law, 50% of patients diagnosed with cancer in 2018 started treatment after 60 days. That year, Brazil recorded 280,000 new cases of the disease.

To change this scenario, the expert says it is important that people receive information about this set of laws. “Sometimes, they don’t know their rights and don’t know that there is a deadline for diagnosis and treatment. Changing that involves demanding that the authorities communicate better.”

Slow access to medical treatment makes patients need to go to court to guarantee their rights. Judge Maria Gabriella Pavlópoulos closely followed some of these cases.

The magistrate says she analyzed the case of a patient who had a mouth wound for two years. Doctors told him it was cold sores, but he later discovered that it was cancer of the mouth.

The judge says that she herself had to go to court to guarantee the treatment of her mother, who was diagnosed with leukemia.

She claims that the health plan did not authorize the use of a drug and later denied the supply of oxygen. In both cases, Pavlópoulos managed to reverse the decision in court.

“Each time the cancer patient is faced with a no, he feels a burden for the family. This brings the need for psychological follow-up”, says the judge.

Patients’ problems do not end when they win a lawsuit in the Judiciary. This is because the public sector is sometimes forced to take resources from another area to comply with decisions. This is what Wilames Freire Bezerra, president of Conass (National Council of Municipal Health Secretaries) says.

“The Judiciary is crammed with cases. So, other demands are not fulfilled to meet the decisions. Therefore, there may be a lack of care and medication for other patients.”

Combating this problem, he says, involves reviewing public spending on health. “Either the new government is willing to review the spending cap and put more money into health or we will continue to have difficulties in this area.”

President of Idisa (Institute of Applied Health Law), Lenir Santos says that the budgetary limitations imposed on SUS explain the judicialization of health. “The SUS is a survivor, because very little money is spent in this sector.”

She points out that Brazil has a good volume of health laws, but they are not fully implemented. “We lack boldness in enforcing the law. In the absence of this boldness, we are forced to enter the Judiciary.”

Facebook
Twitter
Pinterest
WhatsApp
Previous article
Porsche’s IPO set to be Europe’s biggest since 2011
Next article
Brazil is the deadliest country of the decade for defenders of land and the environment, says NGO