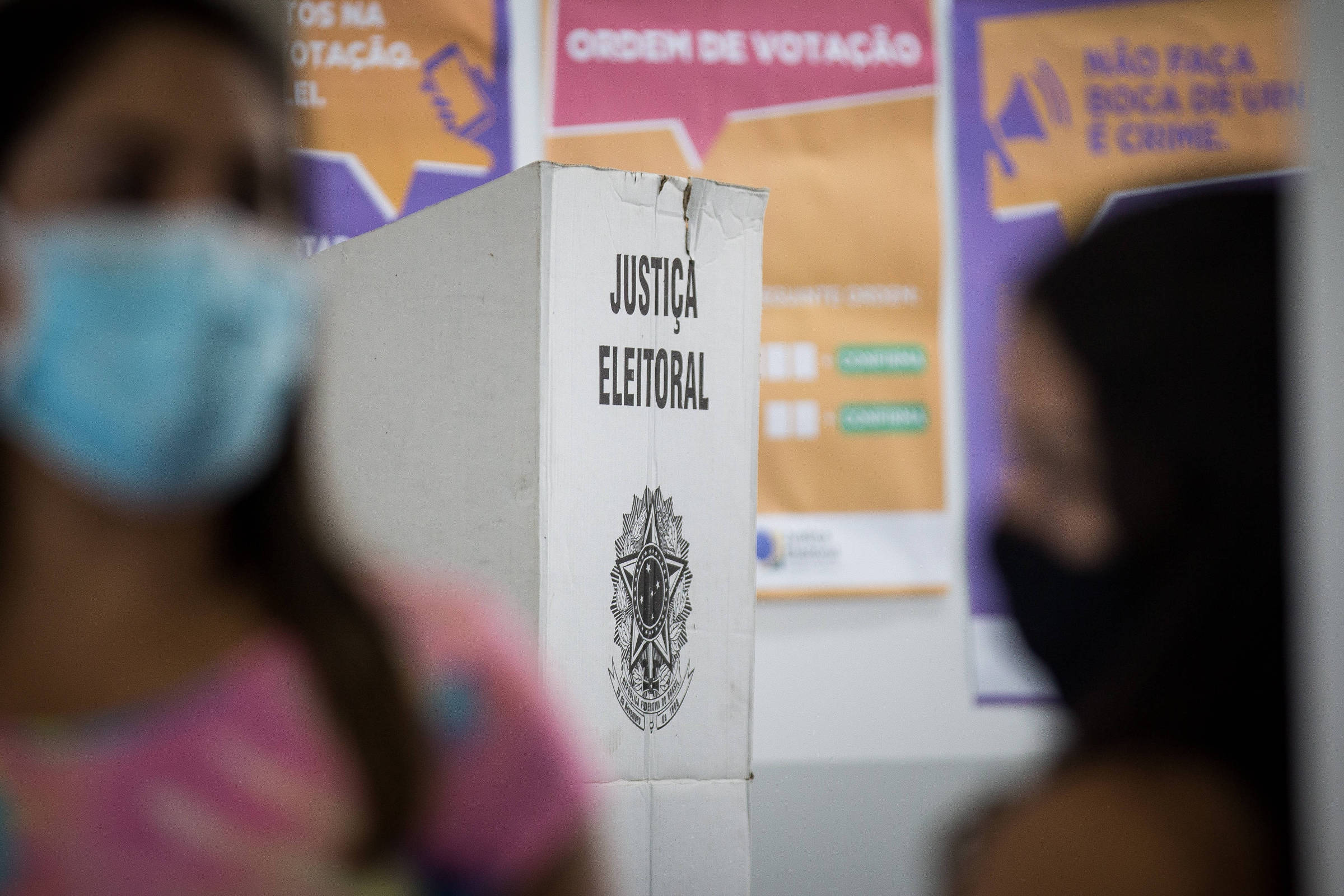 There was no reduction in polling stations in 2022

It is misleading that there are 2,450 fewer polling stations in this year’s elections as a result of Covid-19 deaths in the country, an allegation made in Instagram and Twitter posts published by the same person on September 26. In fact, since the last national election, in 2018, before the pandemic, Brazil won 14,993 sections, a growth of 3%, reaching 496,856. If compared to the last municipal elections, in 2020, the number also increased, by 2.7%, or 13,191 more sections.

In a tweet complementing the original publications, the author stated that she was not presenting any official statistics. It was just, according to her, a way of “dimensioning the size of our pain and our grief” by dividing the number of deaths by Covid-19 so far, correctly rounded to 686 thousand, by 280, which would be the number average number of voters in a polling station.

As verified by the Comprova Project, according to article 117 of the Electoral Code, a polling station cannot have more than 400 voters in the capitals or 300 in other locations. For this year’s elections, with a record electorate of 156,454,011, the average number of voters per polling station is 314.

Misleading, for Comprova, is content taken from the original context and used in another so that its meaning is altered; that uses inaccurate data or that leads to an interpretation different from the author’s intention; content that confuses, with or without the deliberate intent to cause harm.

As of September 28, the post had 48,500 likes on Twitter and 154,920 likes on Instagram. The publication was also mentioned in an article by Rede Brasil Atual on the 26th.

what the author says

Sought, the magistrate and writer Andréa Pachá explained: “The meaning is not literal. I divided 686 thousand dead by 280, which is the average number of voters per section. A way of measuring the pain and losses”. At another point, she added: “Sometimes I have difficulty dealing with the literalness of the networks. I hope I have managed to raise awareness of the unacceptable number of losses we have had”. The explanation appears in another post made by her.

Comprova verified official data on the 2018 and 2022 elections on the TSE (Superior Electoral Court) website and on Covid-19 deaths on the federal government panel. The press office of the TSE and reports related to the record of registration of new voters in this year’s election were also consulted.

It is misleading that there was a reduction in polling stations in Brazil in this year’s elections compared to the 2018 election. In fact, the opposite happened. According to data from the TSE portal, Brazil currently has 496,856 polling stations. In 2018, there were 481,863. Therefore, there was a rise of 3%.

The greater number of polling stations reflects the increase in the number of Brazilians eligible to vote in these elections, whose first round takes place next Sunday (02/10). Currently, Brazil has 156,454,011 eligible voters. In 2018, there were 147,306,275.

In May this year, when closing the electoral register for the 2022 elections, the TSE released the registration of 2,042,817 new voter registrations among 16 and 18-year-olds: a historic mark in the country, according to the court. As of September 26, deaths recorded by covid-19 in Brazil reached 685,835 people, according to the federal government panel.

According to article 117 of the Electoral Code, a polling station cannot have more than 400 voters in capital cities or 300 in other locations.

When contacted, the TSE replied that it “does not carry out a qualitative analysis of these data”.

Although the author of the post explained that the relationship drawn between deaths from Covid-19 and the number of polling stations was merely illustrative, some comments show that there were people believing it to be a real data. “Didn’t know about those numbers,” wrote one user.

Comprova investigates suspicious content that goes viral on the internet and is related to this year’s presidential elections, the pandemic or public policies of the federal government. The verified post, by citing an alleged data related to the country’s polling stations, even if hypothetical, as the author of the post explained, may cause doubts or misinterpretations in relation to the ongoing electoral process, even if this was not the intention of the author.