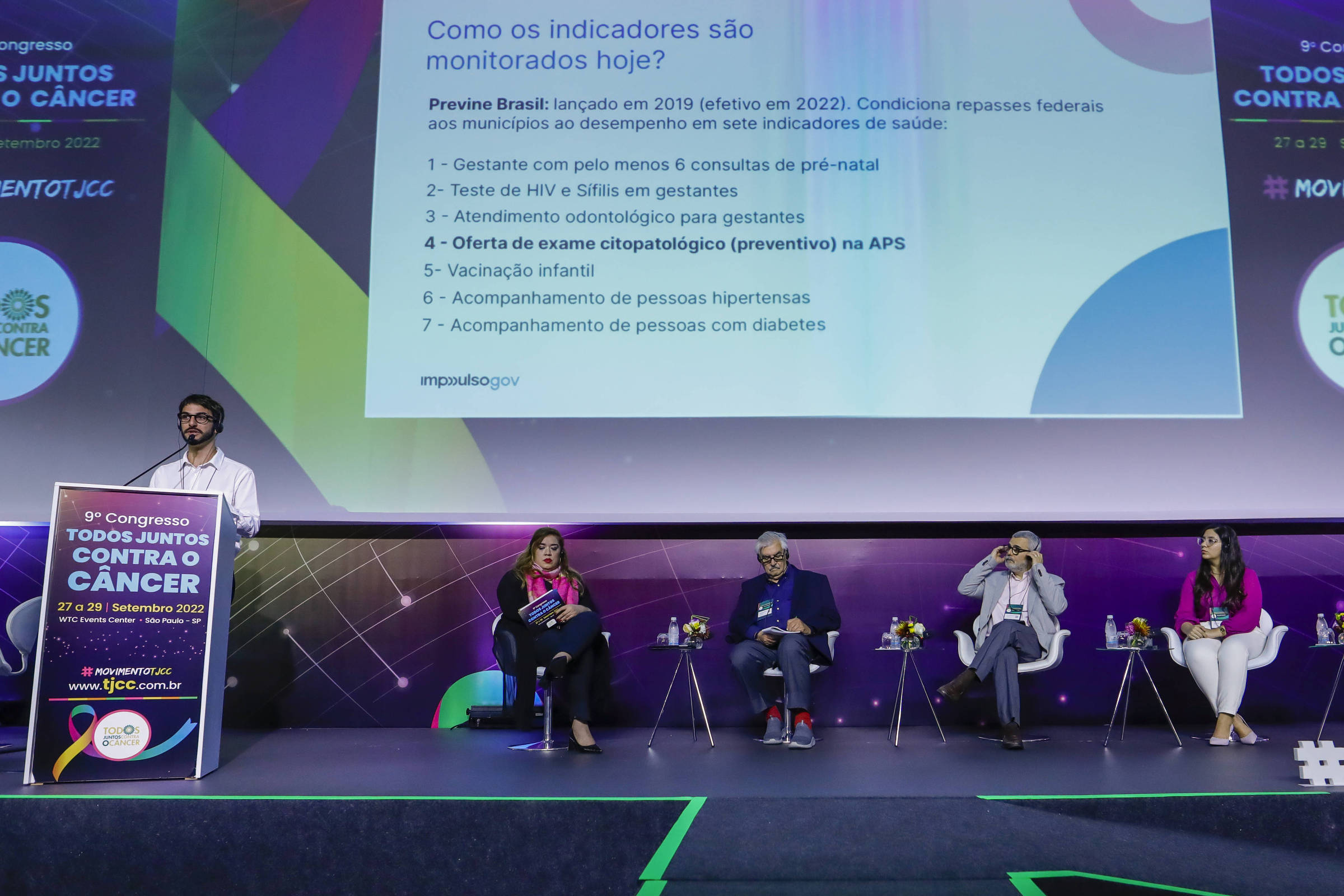 In 2019, cancer was the first or second leading cause of death before age 70 in 112 countries. One in six deaths in the world is related to the disease. In Brazil, 625 thousand people were diagnosed in 2020 and it is estimated that this number will be almost 1 million in 2040.

The data are from the WHO (World Health Organization) and show that cancer is one of the main public health problems in the world. One of the reasons for this is population aging. Given this scenario, what can be done to control the disease?

“It is important to work on prevention and primary health care”, responds Ana Beatriz Machado, public health specialist and researcher at Abrale (Brazilian Association of Lymphoma and Leukemia). She was one of the speakers at the 9th edition of the All Together Against Cancer Congress, which started on Tuesday morning (27), in São Paulo, and ended on Thursday (29).

The meeting brings together specialists from different areas of health, references in national and international oncology. The congress is organized by the Todos Juntos Contra o Câncer (All Together Against Cancer Movement), an entity that brings together more than 200 civil society organizations committed to the care of cancer patients.

According to Machado, primary care becomes relevant because it is the patient’s gateway to the health system. It is at this first level that diagnoses and prevention occur. “That’s why we need strengthened primary care,” she says.

In addition, the specialist says it is important to combat habits that encourage the emergence of cancers. “Risk factors are smoking, alcohol, physical inactivity and overweight.”

When cancer sets in, it is important that the diagnosis is made quickly. According to PAHO (Pan American Health Organization), 30% of cases can be cured if there is early detection and adequate treatment.

“Early detection is better for everyone. For the system, because it reduces spending on people’s treatment, and for the patient himself, who has better prognosis in relation to the disease.”

Economist João Abreu helped found the NGO Impulso Gov to work on eliminating bottlenecks in primary care in Brazil. “It is the most important vehicle for us to talk about health impacts in Brazil, including cancer.”

One of Impulso’s focus of action is to improve the indicators of the cytopathological exam, known as pap smear, used in the detection of cervical cancer. The Ministry of Health has set a target for 40% of the target population to undergo the procedure in the municipalities.

“But the numbers are not good. Just over 300 municipalities manage to reach the goal; 94% of them do not. We need to move forward on this issue.” In São Paulo, for example, he says that almost 600 thousand people are missing for the city to reach the goal of 40%.

These numbers make it difficult to eradicate cervical cancer, which can be prevented through vaccination against HPV.

According to epidemiologist Alfredo Scaff, New Zealand and Australia are on their way to eliminating the disease.

In Brazil, mortality from the disease is 5 per 100,000 women. “This rate shows that there must be an absurd amount of cases. We need to fight this disease.”

He defends that data from the Ministry of Health are more accessible to help in the creation of public policies. “The disease that will proportionally kill more in the future will be cancer. To face it, we will have to transform information into action.”

Facebook
Twitter
Pinterest
WhatsApp
Previous article
Thessaloniki: Five years and 50,000 euros to a man who uploaded a pink video of his ex-partner
Next article
All eyes on Victoria Beckham’s show – By her side will be her son and her… “beloved” daughter-in-law