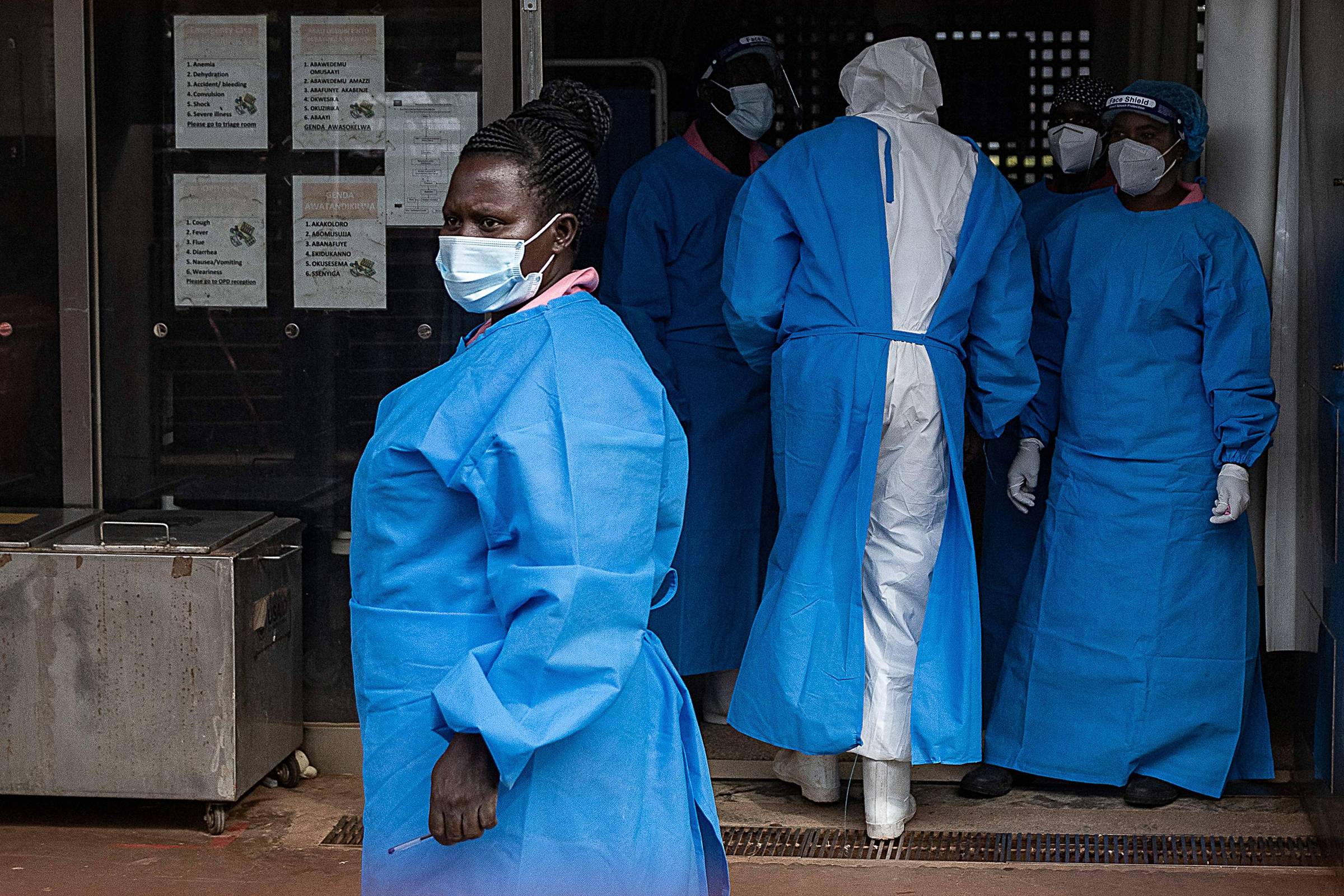 An Ebola outbreak in Uganda caused by a strain for which there is no vaccine or drug treatment is raising fears in East Africa. Authorities are scrambling to try to contain the virus, which has already caused 35 confirmed cases and seven deaths.

Scientists and health officials are pushing to begin clinical trials of two experimental vaccines against this strain, which emerged in Sudan in 1976. While there are relatively new and powerful Ebola vaccines, they do not protect against the Sudanese strain, and that complicates efforts to eradicate the disease quickly before it overwhelms Uganda’s already fragile public health system.

In central Uganda, where Ebola cases have been reported, at least six health workers have already contracted the virus, prompting some of their peers to request transfers to other areas. Parents are pulling their children out of school, fearing the highly contagious virus. And, in a country that has faced multiple Ebola outbreaks since the announcement of its first case in 2000, fears persist that another rapidly spreading virus will lead to the imposition of restrictions that ravage an economy still impacted by the coronavirus lockdowns.

“The whole situation causes me great concern,” Yonas Tegegn Woldemariam, the representative of the World Health Organization (WHO) for Uganda, said in an interview.

With the virus reaching a fourth district on Friday and affecting an area within a radius of more than 120 km, “we are at a disadvantage,” he said.

Ebola is a highly contagious disease transmitted through contact with sick or dead people or animals. It causes fever, fatigue, diarrhea and internal and external bleeding. The 2014-16 outbreak in West Africa was the deadliest Ebola epidemic, leading to 11,300 deaths. The 2018 outbreak in Congo killed 2,280 people.

Ugandan authorities have so far ruled out the possibility of ordering curfews or stay-at-home orders, as well as limiting the movement of people in schools, fairs or churches and temples.

“There is no need for anxiety, panic, restriction of travel or unnecessary closures of public places,” President Yoweri Museveni said after a televised address last week. Having imposed strict lockdowns at the start of the coronavirus pandemic two years ago, Museveni said his country is capable of controlling Ebola.

Uganda is cooperating with neighboring countries, including Rwanda and Kenya, to intensify surveillance at land borders and at airports.

The most recent outbreak of Ebola in Uganda became public on the 20th, when a case of the virus was confirmed in a 24-year-old man hospitalized in the district of Mubende, 145 km from the capital, Kampala.

The patient had developed symptoms including high fever and eye hemorrhage as early as the 11th of last month and had gone to several clinics seeking medical attention. He was eventually isolated and hospitalized on the 15th, but died five days later.

In his televised speech, Museveni said the patient had said people in his village with similar symptoms had died.

The delay in identifying and tracking the first human case, added to the fact that it was reported in a district adjacent to a major highway, raised fears that the virus had spread to large urban centers and neighboring countries. The WHO said there have now been at least 18 other probable deaths and 19 other cases linked to the current outbreak.

The Sudanese strain of the virus was last detected in Uganda in 2012. Infected people cannot transmit the virus until symptoms appear, which appear after an incubation period that can last between two and 21 days.

Existing vaccines — such as the injectable Ervebo, successfully used to fight the Zaire strain of Ebola in neighboring Congo — do not protect against the Sudanese strain.

But experts hope that could soon change.

Yonas said there are at least six vaccine candidates that are at different stages of development and have the potential to protect against the Sudanese strain. Two of them will undergo clinical trials in Uganda in the coming weeks, after undergoing regulatory and government ethics reviews.

The two vaccines that are likely to be approved are being developed by the Sabin Vaccine Institute in Washington and Oxford University. If approved, the single-dose Sabin vaccine will likely be the first to undergo clinical trials. As new evidence emerges about the remaining candidates, the WHO said it would work with a group of independent experts to help evaluate them.

More than 400 people who came into contact with infected people have already been traced. Two patients were discharged from hospital on Friday afternoon (30), according to the WHO.

Health officials have launched several public awareness campaigns on how to protect themselves, not stigmatize those infected and notify people with Ebola symptoms, said Oluma Jacob, health adviser for Medical Teams International, a humanitarian organization working to contain the outbreak. .

He said this was done because “there was fear and a lot of panic in the community” when the first cases were reported in the central region of the country.

Panic was evident among parents of students in the district of Mubende, where the first case was detected.

Nkwesiga Maxim, principal of St. Kizito Madudu, in Mubende, said that half of the school’s students have been missing classes.

“The fear is too great,” he explained.

The same thing was said by frontline healthcare professionals, for whom the lack of adequate remuneration and protection, especially for medical residents and interns, is putting their lives at risk. The six infected professionals include four doctors, an anesthesiologist and a medical student, Museveni said. On Saturday, the Ministry of Health confirmed the death of one of the doctors.

Luswata Herbert, secretary-general of the Ugandan Medical Association, said that if the government does not remedy the situation soon, “medical professionals will refuse to see patients because they fear for their lives and their rights.”

Facebook
Twitter
Pinterest
WhatsApp
Previous article
In campaign, Bolsonaro promises to announce 13th of Auxílio Brasil for women
Next article
Uproar at Denmark’s ‘palace’: I underestimated the consequences, Queen Margarita apologized after her grandchildren were stripped of their titles