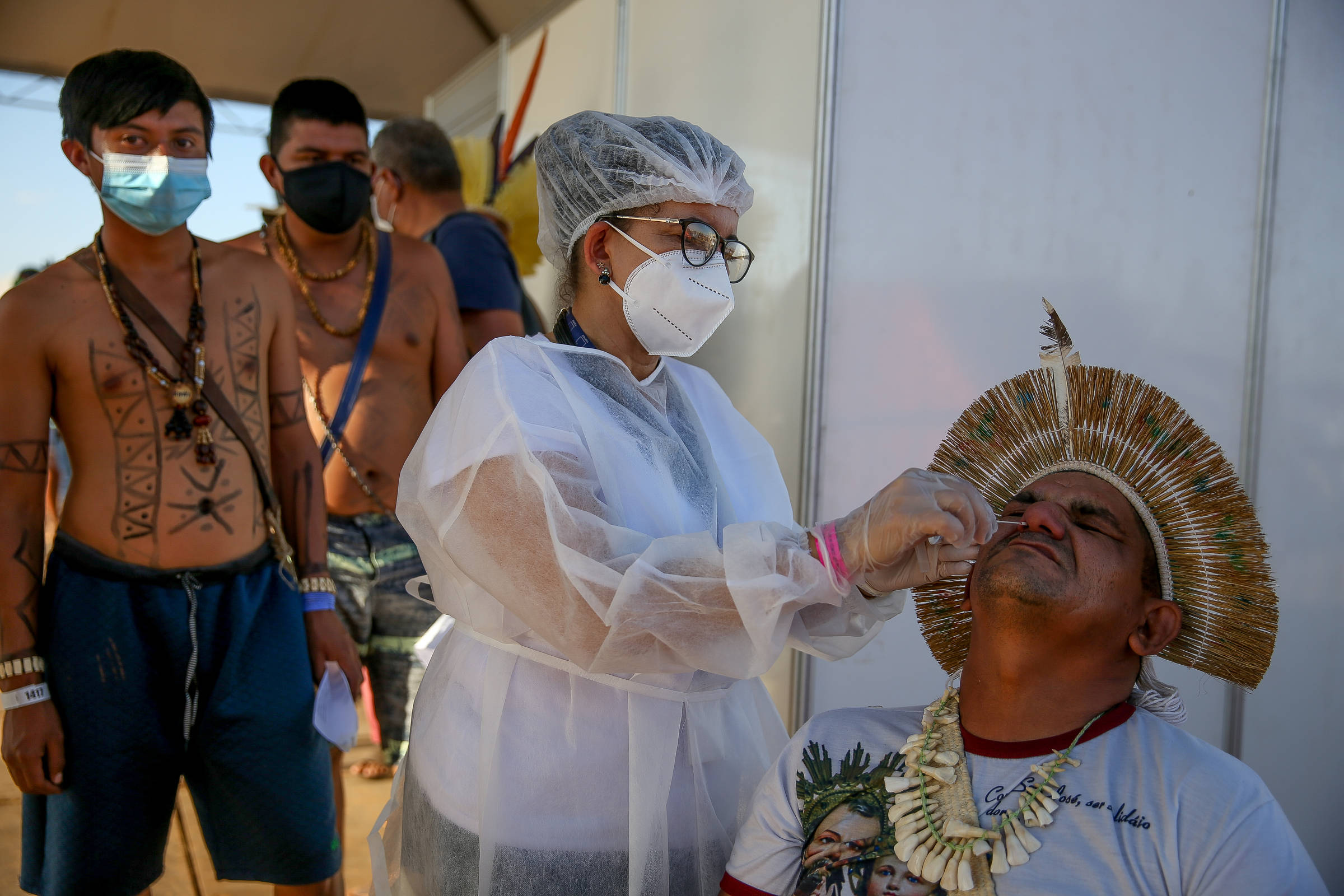 The Senate approved this Tuesday (11) a provisional measure that extends the law that creates sanitary barriers to protect indigenous areas against the flow of people and goods that could spread Covid-19.

With the approval, the sanitary barriers must remain in place until December 31. The text had already been approved by the Chamber of Deputies last Wednesday (5th) and will be sent for promulgation. The norm would lose its validity on October 17 if it was not approved in both Houses.

In practice, the MP analyzed by the Senate on Tuesday is a reissue of the proposal approved in May last year, when Congress, the Federal Public Ministry and indigenous entities charged the federal government to control the transit of people and goods in these locations.

Barriers can be made by federal, state, municipal or military public servants. The text establishes that Funai (Fundação Nacional do Índio) must pay the daily fees to those involved.

The Minister of Justice and Public Security, Anderson Torres, will be responsible for making the request for the use of civil servants and military personnel from states and municipalities. In this case, the approval of governors and mayors is required.

In his opinion, the rapporteur, Senator Paulo Rocha (PT-PA), stressed that, although the text is generic, other actions are in progress, including by determination of the STF (Supreme Federal Court). In addition, the Minister of Justice may edit complementary acts to maintain sanitary barriers.

The provisional measure received 24 amendments, but Paulo Rocha discarded the suggestions to prevent the text from being returned to the Chamber of Deputies. In addition, according to him, the proposal was widely discussed in 2021.

Last week, the rapporteur of the text in the Chamber, Airton Faleiro (PT-PA), highlighted that the proposal gives legal security to managers by regulating the payment of per diems to state and district security agents displaced to indigenous areas.

“Without the proper support of an effective police power, some units may be demobilized, making it impossible to mitigate the spread of viral diseases among highly vulnerable populations,” he wrote.