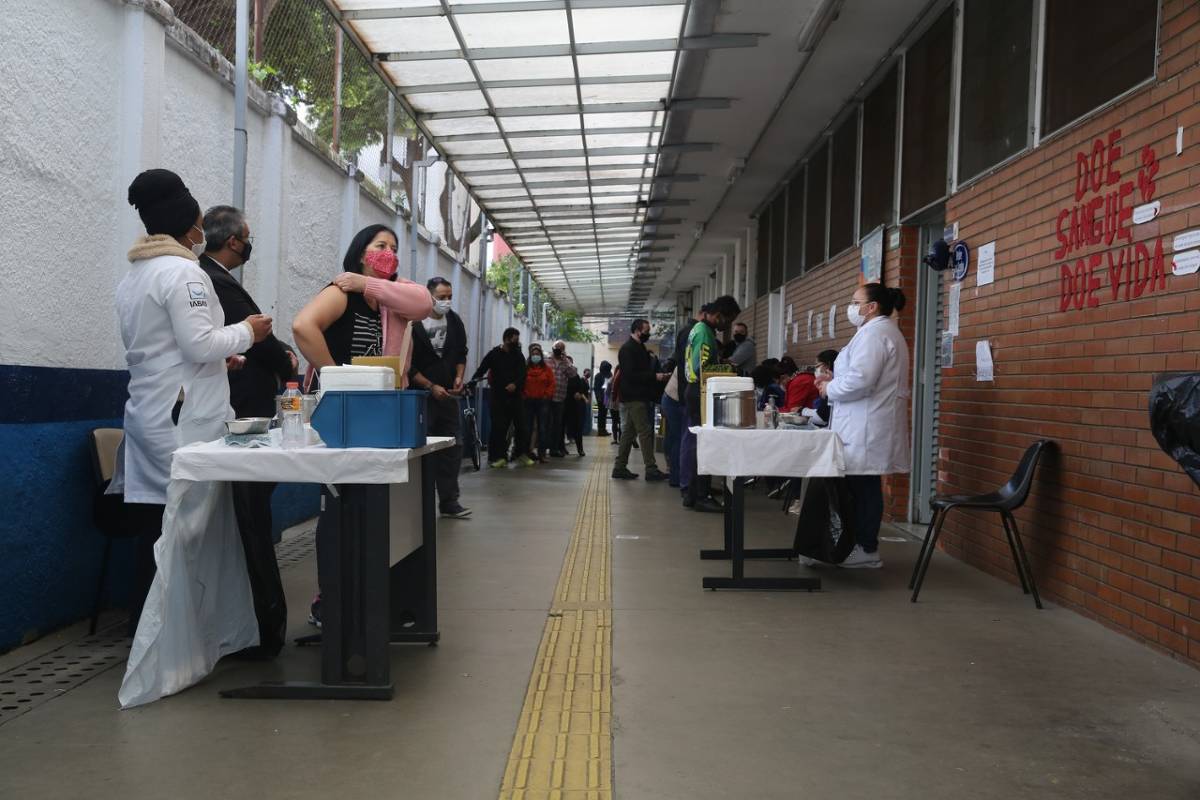 Average Covid cases and deaths fall in the country

The moving average of deaths in Brazil fell by 19.76% and now stands at 69 deaths per day.

Sergipe and the Federal District did not record any deaths.

The country’s data, collected up to 8 pm, are the result of a collaboration between Folha, UOL, O Estado de S. Paulo, Extra, O Globo and G1 to gather and disseminate figures related to the coronavirus pandemic.

The information is collected by the consortium of press vehicles daily with the State Health Departments.

In all, 181,805,773 people received at least the first dose of a vaccine against Covid in Brazil. Adding the single doses of Janssen vaccine, there are 170,916,288 people with both doses or one dose of Janssen vaccine.

Thus, the country already has 84.63% of the population with the 1st dose and 79.56% of Brazilians with two doses or one dose of the Janssen vaccine.

Paraíba did not update the vaccination data.

The initiative of the consortium of press vehicles occurred in response to the attitudes of the Jair Bolsonaro (PL) government, which threatened to withhold data, delayed newsletters about the disease and took information from the air, with the interruption of the disclosure of the totals of cases and deaths.

Facebook
Twitter
Pinterest
WhatsApp
Previous article
Opinion – From Grain to Grain: It is possible to accumulate R$ 1 billion, starting from scratch; understand how
Next article
Travel restrictions on Taliban officials from the US