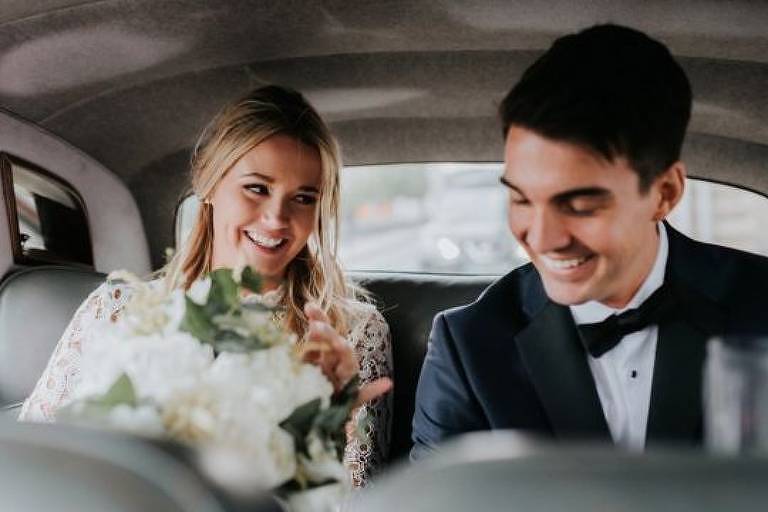 The genetic consequences of cousin marriage: what is real and what is taboo

Every culture has its taboos – deeply held beliefs that certain practices are bad or even abhorrent.

Taboos are essentially a form of social control that tells us which behaviors are acceptable and which are not.

Taboos are an important part of culture. Something that is considered repulsive in one society may be an everyday practice in another.

Cousin marriage is an example. It is very common all over the world, especially in the Middle East, South Asia and North Africa. About 10% of families around the world are made up of couples with first or second cousins. They represent more than 750 million people.

Cousin marriage is permitted by law in most of Europe, America, Australia and parts of Africa and Asia. But the map of cousin marriage laws in the United States looks like a patchwork quilt.

Some states, such as New York, California, and Florida, allow unrestricted cousin-sibling marriage. But in many others, like West Virginia, Kentucky and Texas, marriage between cousins ​​is completely prohibited.

But why? If you ask Americans why cousin marriage is not okay, most will answer that it’s because the couple’s children will suffer from genetic diseases. Will it be true?

The risks of mixing identical genes

Geneticist Wendy Chung, from Columbia University in New York, in the United States, researches genetic disorders, which occur when the DNA shows some sign of anomaly. Chung also advises and treats families with genetic disorders.

For her, “genetics is extremely logical. (…) And it is very satisfying to be able to understand the science and help the people, the affected families.”

As the embryo grows in the womb, there are all sorts of ways in which genes can change and cause disruption. There are genetic abnormalities, for example, when a part of the body does not grow as expected, such as the cleft lip.

What is the relationship between the rate of genetic diseases among the descendants of cousins ​​and the general population?

“Just because you decide to have children, there is a 3 to 4% risk of having a child with one of the main types of problems. In a couple of first cousins, this risk doubles”, explains Chung.

Depending on the circumstances, there are many reasons to want to marry your cousin. First comes the idea of ​​keeping assets in the family. And then comes familiarity.

The purpose of an arranged marriage is to unite people with a history of years of family relationships, rather than a man or woman with whom one has only had a few uncomfortable encounters.

In Europe and the Americas, cousin marriage used to be quite common. Well-known people such as Charles Darwin, Edgar Allan Poe and Albert Einstein married their cousin-sisters.

And that didn’t just happen in the distant past. The first wife of Rudolph Giuliani, the former mayor of New York in the United States, was his second cousin.

In general, cousin marriage is quite safe. But, in certain populations or specific families, there may be more risks.

Chung claims this is due to a category of genetic conditions.

“You have two copies of your gene, one from your mother and one from your father. For certain conditions, it takes genetic changes in both copies of the genes to cause a problem.”

“If you have 50% of this gene doing its job, it can work”, explains the geneticist. “But when you have 100% [anômalo]then problems arise.”

When Chung talks about problems, she is referring to autosomal recessive conditions. There are thousands of them and some are very well known and serious, such as sickle cell anemia, cystic fibrosis and spinal muscular atrophy.

This means that you don’t have to marry your cousin to have a child with a recessive disorder.

But “when you share 12.5% ​​of your genetic information with your partner, there is a greater risk that both of you will carry a mutation in the same gene inherited from a common ancestor,” explains Chung.

And if you both carry the same recessive genetic condition, your child is more likely to be born with a genetic disorder.

To determine the genetic risk involved in marrying a cousin, Chung says we can’t just look at that couple or their family.

“It’s not just the issue of cousin-sibling marriage,” she explains, “but actually the broader population context in which it’s taking place.”

“In certain communities, intermarriage may have occurred for generations,” Chung says. “Whether on an island, a village or a city, there can be relatively high frequencies of certain genetic variants in certain genes that confer greater risk of disease.”

Geneticists cannot accurately calculate the risk of recessive conditions for all cousin marriages, as every family and every couple is different.

To determine a couple’s risk, the geneticist would need to look at their genes to see if they both carry the same anomalies. This is particularly important in communities where these disorders are more frequent, such as New York’s ultra-Orthodox Jews. Chung works with this community.

“Rabbi Eckstein, a member of this community, was unfortunately tragically affected with his family because he had several children with Tay-Sachs disease, which is deadly,” she says.

“To date, we have no treatment for this disease and children die before the age of five”, explains the geneticist. “And it can be stigmatizing to know that you carry Tay-Sachs. If your family has this gene, it may be less desirable for you to pair up in the community.”

The formation of couples is the way that defines most marriages in that community. And this cultural practice became an opportunity to solve the Tay-Sachs problem.

Rabbi Eckstein devised a plan for young people to undergo genetic testing before the couple formed. Carriers of Tay-Sachs would only mate with non-carriers.

“Culturally, it was extremely well-received, well-regarded, and this program has actually been transformative for the Orthodox Jewish community, as we really don’t see Tay-Sachs disease anymore,” Chung says.

So marrying a cousin can be risky in some communities, but that risk is usually not much greater than that of the average population. And with the help of science — with genetic counseling and in vitro fertilization — communities can further reduce the risk of these recessive genes.

‘Not accepted as normal’

Have the genetic risks of marrying your cousin been overstated, says Mona Chalabi on her podcast Am I Normal? And with modern science, cousin marriage is probably safer than ever before.

The state established this ban in response to the arrival of a fundamentalist sect, accused of child abuse, that originated in the Mormons.

In that case, marriage between cousins ​​was added to child marriage. The state legislator who proposed the bill said, “Cousins ​​don’t marry any more than brothers marry. And when they do, a bad outcome ensues. It’s just not accepted as normal.”

Therefore, the Texas law legitimizes the stigma of cousin marriage and reinforces the taboos in the state. But who are taboos for and what do they really try to do?

Cousin marriage is practiced to a large extent in cultures of color, so Chalabi, the host of the podcast, is of the opinion that part of this prejudice is simply racism.

If Arabs, North Africans or South Asians practice it, some people might think it’s something to be avoided. But you might like your cousin, and when you’re done reading, you might want to ask him out.

*This article is a summary of the episode “Is It So Bad To Marry My Cousin?” (Is Marrying My Cousin Really That Bad?) from the Am I Normal podcast? with Mona Chalabi (“Am I normal? with Mona Chalabi”), by the TED Audio Collective and reproduced by the BBC.

Facebook
Twitter
Pinterest
WhatsApp
Previous article
Kim Kardashian and Pete Davidson had sex in front of the fireplace to honor her grandmother!
Next article
The Commission announces the winners of the Megalizzi-Niedzielski Journalism Prize and publishes a new call for proposals

Nutrition: The “key” to disease prevention and treatment