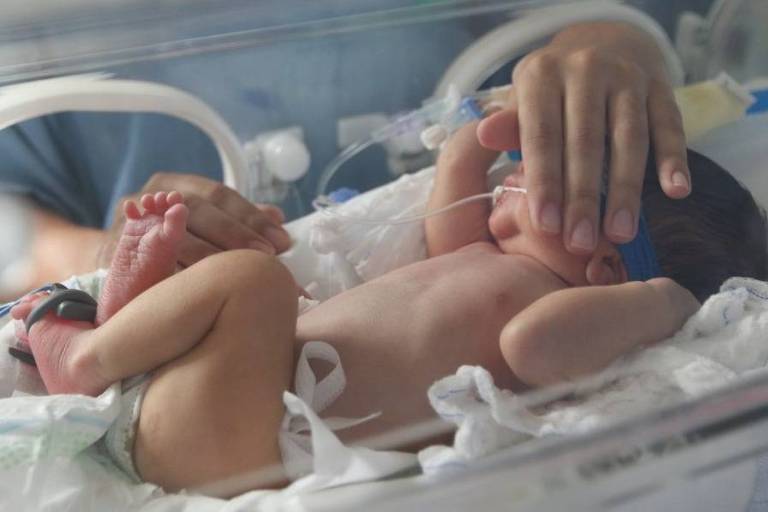 The American laboratory Pfizer announced on Tuesday (1st) positive results in babies of tests of a vaccine against respiratory syncytial virus (RSV), responsible for bronchiolitis, administered to mothers during pregnancy.

Based on the results of the phase 3 trial, the vaccine was found to be about 82% effective in preventing severe cases in the first three months of life and about 69% in the following six months.

However, the trial reveals that the vaccine does not reduce mild cases in a “statistically significant” way, although tests show some clinical efficacy, the lab said.

Based on these results, which have not been reviewed by independent scientists, Pfizer plans to seek authorization for the vaccine for pregnant women by the end of the year in the United States and later in other countries.

Bronchiolitis is a common and highly contagious respiratory disease, especially in babies 2 to 8 months of age, that causes coughing and shortness of breath.

Most of the time, the disease is mild. But it may require taking the baby to the emergency room or even hospitalization.

Pfizer estimates that around 102,000 children die from RSV each year worldwide, half of them under six months of age.

Sanofi and AstraZeneca in September obtained a favorable opinion from the European Medicines Agency’s Committee for Medicinal Products for Human Use (CHMP) for nirsevimab, which protects babies from the circulation of the virus.

Called Beyfortus, it differs from vaccines that use traditional technologies because it is a monoclonal antibody, that is, developed in the laboratory, and gives the lactating woman the so-called passive immunity with a single dose. The European Commission has not yet authorized its marketing.

Facebook
Twitter
Pinterest
WhatsApp
Previous article
CNT calls for action by the Federal Police and seizure of trucks
Next article
Panel SA: Luciano Hang breaks silence to say he has no involvement with blockades