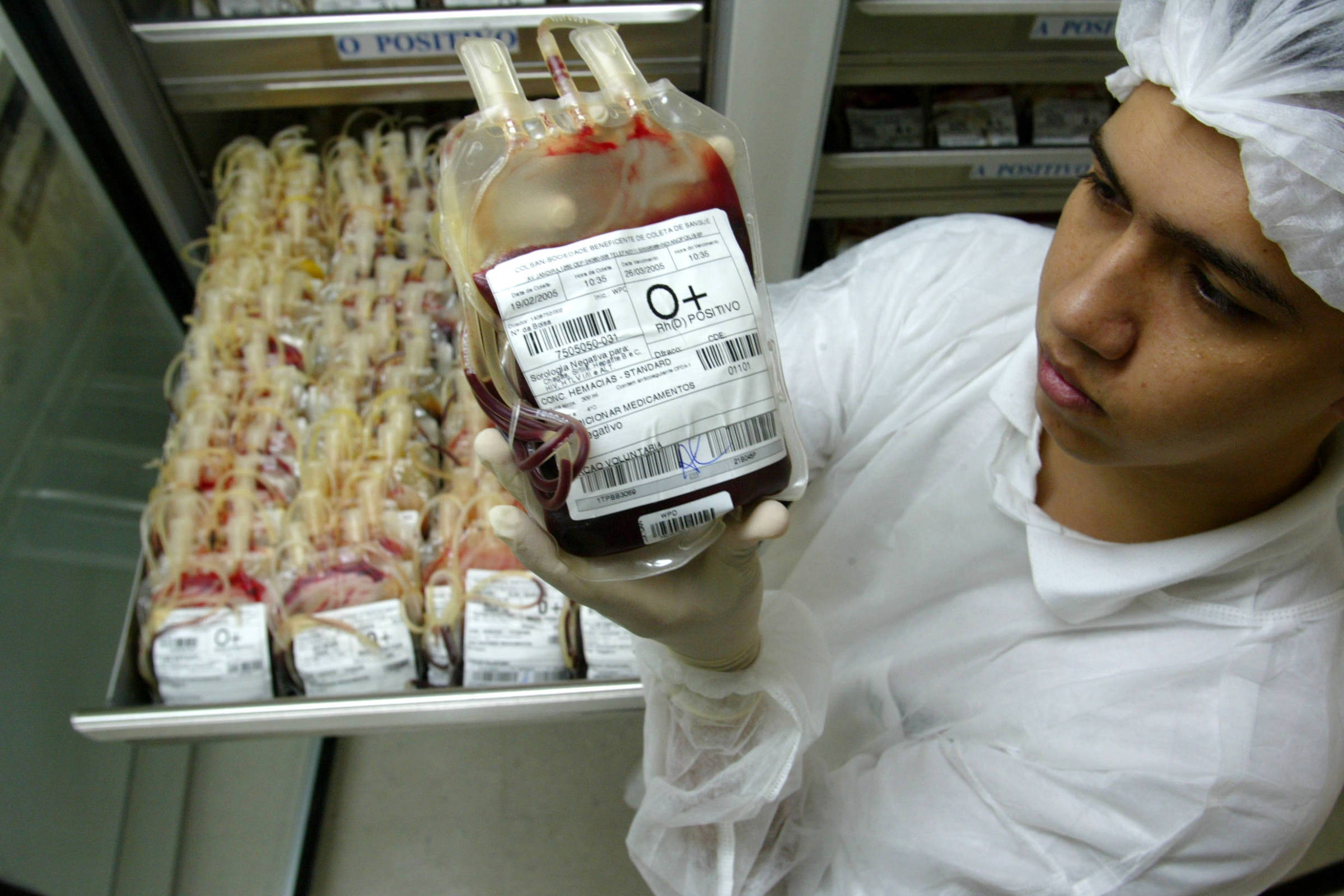 Blood bank samples can help monitor the evolution of epidemics

Research published in the scientific journal eLife concluded that it is possible to calculate the proportion of the population previously infected (seroprevalence) with SARS-CoV-2 using samples from blood bank donors. With the results, in addition to putting together a kind of portrait of the Covid-19 epidemic in Brazil during the first year, the researchers point out that the new methodology can be applied to track other types of infectious diseases and calculate herd immunity.

Currently, seroprevalence calculations are performed using random samples from the population, a method considered more expensive, difficult to do periodically and in real time. This type of monitoring is important to understand the characteristics of an epidemic and to structure public policies, detecting, for example, the places where prevention and treatment measures are working.

The results showed that the Covid-19 epidemic was heterogeneous in Brazil, infecting different populations at different times. In general terms, the disease began affecting men and young people first.

“In the beginning, some lines of investigation thought that everyone was infected at the same time, but we have shown that this is not true. In terms of portraying the epidemic, we concluded that there was extreme heterogeneity in Brazil, with differences in infection by groups and extensive variation This was a result we did not expect,” researcher Carlos Augusto Prete Junior, from the Polytechnic School of the University of São Paulo (Poli-USP), corresponding author of the article, told Agência FAPESP.

The study was part of Prete Junior’s doctorate, whose supervisor is Professor Vitor Heloiz Nascimento, from Poli, and as co-supervisor Ester Sabino, professor at the USP School of Medicine and responsible for CADDE in Brazil.

Both are also authors of the work, which was supported by FAPESP through CADDE and the scholarship granted to Prete Junior, in addition to having funding from the Todos pela Saúde Institute. Scientists from Imperial College London (United Kingdom) and the University of Oxford also participated.

Recently, in another article published in the journal Vaccines, the group had already demonstrated, based on analysis of blood bank samples, that it was possible to predict the transmission of the delta variant (detected in India in 2020 and originally called B.1.617.2 ) in Brazil. In this case, they measured the amount of IgG antibodies in the population by performing anti-S microparticle assays, that is, to detect antibodies capable of binding to the Spike protein of the coronavirus. With this, they were able to relate vaccine protection to cases of the delta variant and to the level of mortality.

The Covid-19 epidemic in Brazil was one of the most significant in the world – until the beginning of October 2022, more than 34.7 million cases and 687 thousand deaths had been recorded due to the disease. However, these numbers hide the differences in the epidemic between regions and population subgroups, in addition to not informing the proportion of the population previously infected by the virus. Estimating this proportion is important to predict the impact of future waves of the epidemic caused by new variants.

In the survey, the scientists estimated seroprevalence over time for the eight capital cities using blood donor samples to obtain age- and sex-disaggregated estimates. They also made estimates for age-specific infection fatality rates – calculating the so-called IFR (infection fatality rate), defined as the number of deaths from infection – and for infection hospitalization rates for these cities. .

Each of the eight blood banks had a monthly quota of 1,000 samples tested. In order to be representative, they were selected so that the spatial distribution of the donors’ location of residence corresponded to the division of the population by administrative zones in each municipality.

As the Brazilian standard provides that blood donation samples must be kept for six months, the researchers were able to select and test frozen samples between February (before the pandemic began in the country) and July 2020. After that, they began to be selected and tested in real time.

Tests were applied that detect IgG antibodies against the nucleocapsid, a protein present in SARS-CoV-2. However, this type of test may show a decrease in antibody detection sensitivity over time. That is, as the epidemic progressed, the crude proportion of individuals with a positive test result decreased, underestimating the actual rate of infection.

To correct for this fall in antibodies, a Bayesian seroreversion model was developed based on data from repeat donors, that is, from individuals who donate blood several times a year, in addition to a cohort of convalescent plasma donors positive for SARS-CoV-2. symptomatic not hospitalized. “This was important because some studies at the beginning of the pandemic proposed to correct only by plasma donors. We showed, however, that repeat donors are more representative of the population of each municipality”, explained Prete Junior.

The researcher recalls that this model was not applied in the work published by the group in the journal Science, in December 2020, with information from the Manaus blood bank because at the time there was not enough data. In that study, coordinated by Sabino, it was estimated that 76% of manauaras already had immunity against the new coronavirus, but before the entry of other variants of SARS-CoV-2, such as gamma (P.1), later considered more aggressive and lethal.

“Shortly after we published the article, there was the second wave of Covid-19 in Brazil. At the time, many thought there was no reinfection. Now we confirm that it is possible to use blood donor samples to calculate seroprevalence to monitor other diseases, provided that adjustments are made, such as seroreversion correction and attack rate estimation for each age and sex group using spatially represented samples”, he adds.

The results showed that the SARS-CoV-2 attack rate in December 2020, before the gamma was dominant, ranged from 19.3% in Curitiba to 75% in Manaus. Seroprevalence was consistently lower in women and donors older than 55 years.

The infection case fatality rate (IFR) also differed between cities, ranging from 0.24% in Manaus to 0.54% in Curitiba, and the age-specific IFR increased consistently. To avoid the problem of underreporting of deaths from Covid-19, the IFR was estimated using total deaths from severe acute respiratory infection, excluding SARS deaths caused by other etiologies.

The gamma variant emerged in November 2020 and its prevalence among the other variants quickly grew to 87% on January 4, 2021, with a high proportion of reinfections. Therefore, IFR and attack rate were estimated separately for the second wave of SARS-CoV-2 in Manaus, when gamma was dominant.

The study showed that the proportion of the population infected in the second wave of Manaus was up to 37.5%, compared to 75% in the first wave. The hospitalization rate due to infection grew during the second wave in the capital of Amazonas, suggesting an increase in the severity of the disease caused by the variant compared to previous ones.

The greater penetration of Covid-19 associated with the collapse of the health system in Manaus meant that the lethality rate from infection in the range was at least 2.91 times higher than in the first wave.

Facebook
Twitter
Pinterest
WhatsApp
Previous article
US: Teens killed their teacher with a baseball bat because she got a bad grade
Next article
Cold-blooded Prometheus in the end, he left Hamburg with… hope!