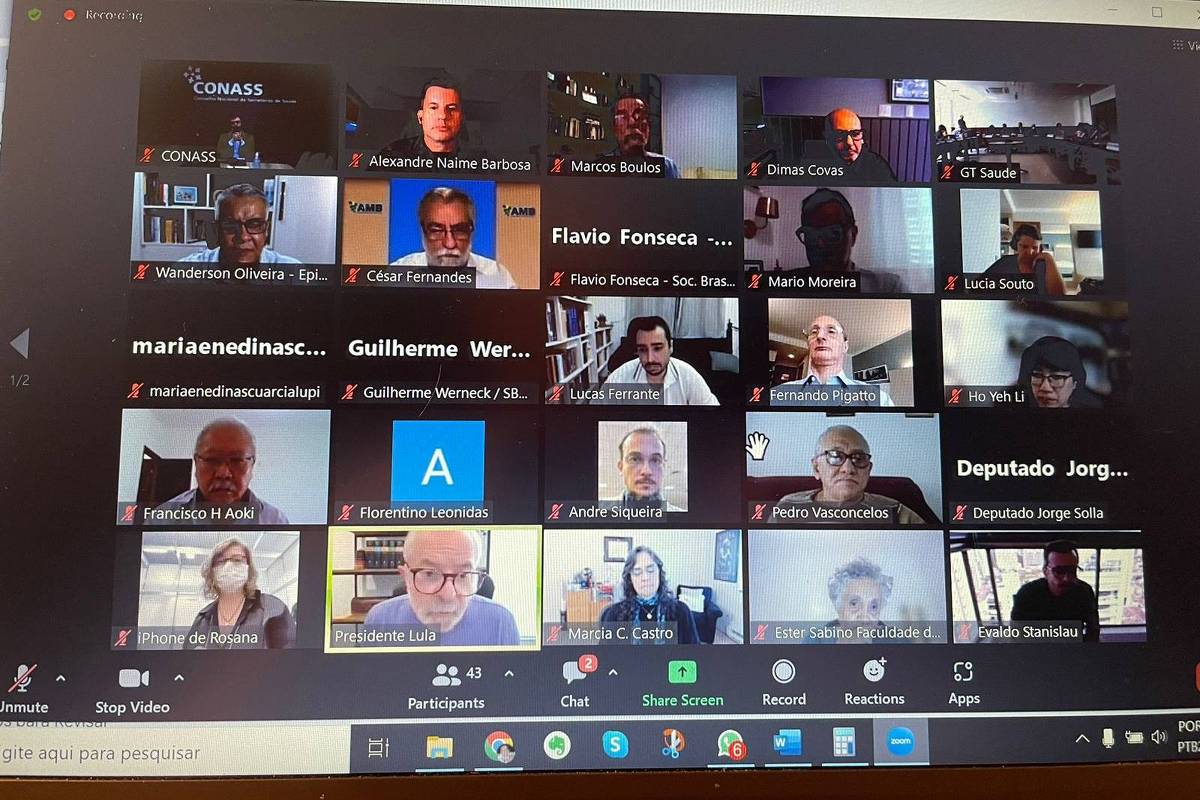 The president-elect, Luiz Inácio Lula da Silva (PT), told representatives of the health area that the first 100 days of his government will focus on recovering the PNI (National Immunization Program), increasing vaccination coverage and restoring the population’s confidence on the subject, —which, according to him, was affected by fake news on the subject.

The speech took place at a closed meeting of the transition team of the transitional government’s health group with representatives from various areas of health. The meeting takes place in a hybrid format and had Lula’s participation via videoconference.

During the meeting, the president-elect also said that the representatives should present the best proposals for the area because he wants what is most effective for the Brazilian people, promising that there will be no shortage of resources for the area.

“The federal government cannot only complain about the lack of resources for health, our work will be to find these resources and invest in the SUS, especially in rescuing the National Immunization Program to regain the population’s confidence in vaccines”, said Lula during the meeting.

The transition team has also signaled to health representatives that it will restore the portfolio’s budget. Due to the spending ceiling, there is a gap of approximately R$ 22 billion from what should be the health budget for 2023.