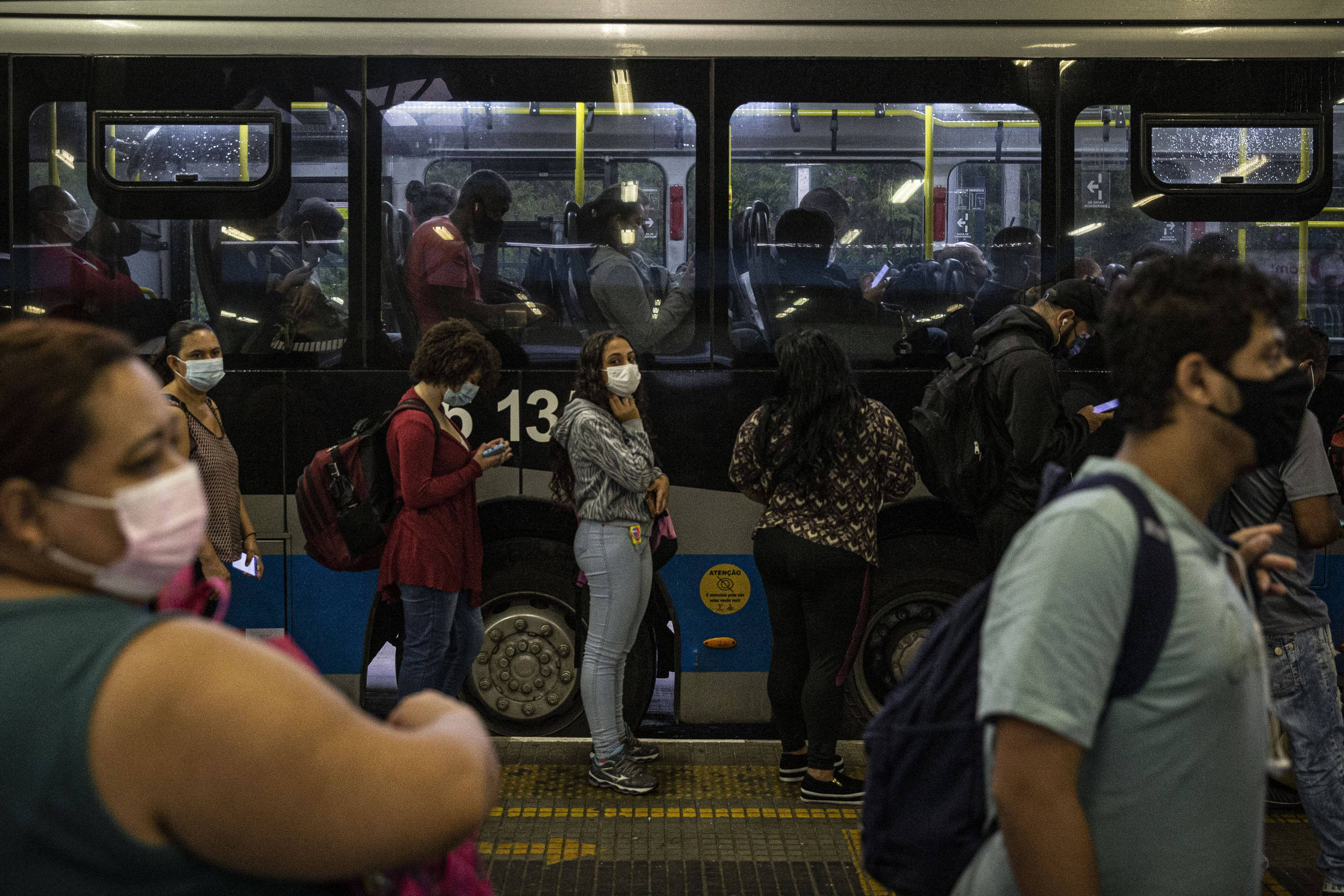 Return of the mask in transport in SP is correct, but late, say experts

The return of the mandatory use of a mask in public transport in São Paulo is a wise decision, according to infectologists consulted by the Sheet, to try to contain the transmission of the new coronavirus at a time with high cases of Covid-19. However, it could have been taken earlier.

The mandatory use of masks on buses, trains and subways will take effect again from this Saturday (26), according to a decision taken this Thursday (24) by the state government and the São Paulo City Hall.

Decree with the new regulations will be published in the Official State Gazette this Friday (25).

On Tuesday (22), Anvisa (National Health Surveillance Agency) had already announced the return of masks in airports and planes. The measure goes into effect this Friday.

USP (University of São Paulo) and Unicamp (State University of Campinas) had already resumed the obligation in closed places, as well as other institutions, such as Sesc and Museu do Ipiranga.

According to the state government, the decision follows a technical analysis by the Management Council of the State Secretariat for Science, Research and Development in Health against the advancement of cases of infected by the new coronavirus.

The recommendation for the return of the mask on public transport is one of the items in the note released by the councilors after a meeting on Tuesday (23). And it is based on the discharge of hospitalizations.

According to the São Paulo government, in two weeks the number of patients hospitalized with Covid-19 in ICUs (Intensive Care Units) in the state network increased from 447 to 877. rose to 120%.

“The return of masks in transport is important because we are seeing an evolution in cases of Covid, with subvariants of the omicron with a higher degree of transmissibility”, says Álvaro Furtado da Costa, an infectologist at the Hospital das Clínicas of the Faculty of Medicine of USP.

“In general, the virus is circulating in greater numbers,” he says. “And, in a closed environment, with poor air circulation, as in public transport, people are more susceptible.”

According to the SP Covid-19 Info Tracker platform, created by researchers from USP and Unesp (São Paulo State University), the projection for RT (rate of contagion) in the state this Thursday was 1.35. A month ago, on October 24, the rate was 0.77.

The Rt shows how many people an infected patient transmits the new coronavirus to, that is, an index of 1.35 means that every 100 infected people transmit the disease to 135 others.

The mandatory use of masks on public transport in the city of São Paulo returns just over two months after it fell, on September 9.

The state secretary of Health, Jean Gorinchteyn, who is also an infectologist, does not think that the previous decision was hasty.

“We never said that we could not retreat from the measures. Without new variants and very poor commitment of the health system allowed that position to be taken at that moment”, says Gorinchteyn, who considers it right to resume the protection item now, with the high number of cases .

Raquel Stucchi, an infectologist at Unicamp and a consultant to the Brazilian Society of Infectology, agrees that there was no mistake in overturning the obligation to wear masks on public transport in September, as the epidemiological situation was much better and there was no plausible justification.

For her, however, the flaw is that the need to complete the vaccination schedule was not reinforced and this particularly justifies the increase in hospitalizations.

“Massive campaigns were lacking for the population to complete the scheme with the four doses [adultos] of the vaccine against Covid, or that of the children”, he evaluates.

The doctor says that the adoption of the measure once again is important, but late. “Three weeks ago, when the São Paulo State Health Secretariat met and there was a strong recommendation for the use of masks, we already had data on the greater circulation of the variant and the greater number of cases.”

Infectologist Jamal Suleiman, from Instituto Emílio Ribas, has a similar opinion. “It is a right decision, albeit overdue. There is no transmission control without vaccines and masks.”

According to Secretary Gorinchteyn, who sees no lack of campaigns, ten million people —including children— took just one dose of the vaccine against Covid-19 in São Paulo. He also points out that seven million could have received the third dose and did not show up at health centers and that 50% of children are not properly immunized.

“An increase in hospitalizations has been observed in this population group, and vaccination is necessary and safe to protect our children and adolescents”, says the Management Council in the note.