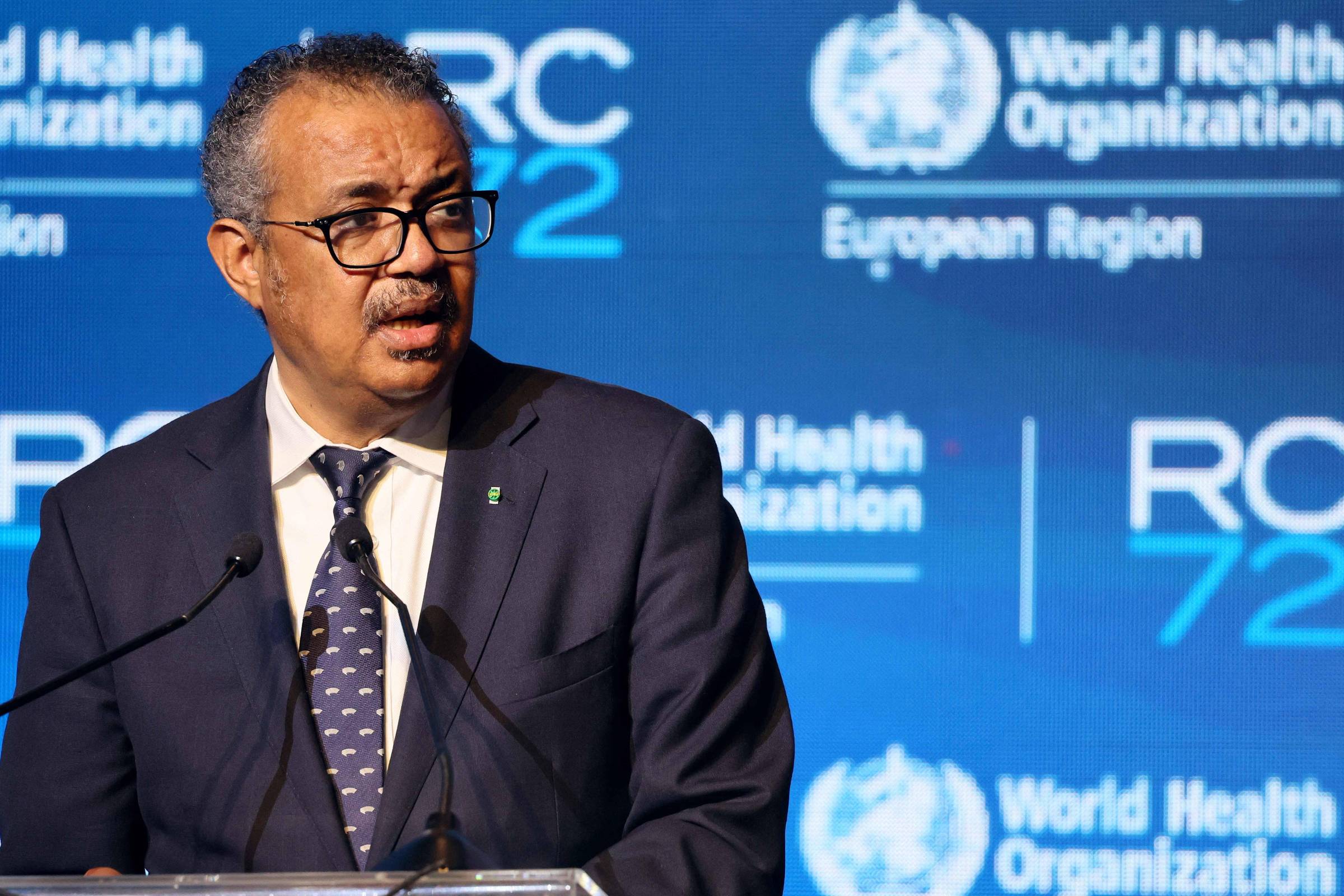 WHO confirms Mpox as new name for monkeypox

The WHO confirmed this Monday (28) that Mpox will be the new name to designate monkeypox. Last Wednesday (23), a director of the organization, Lawrence Gostin, had posted on Twitter that the institution would adopt the new nomenclature, but only now has the WHO officially positioned itself.

The new name must be used simultaneously with monkeypox — the original English name for monkeypox — for one year. The most recent nomenclature, however, will take precedence.

“This serves to assuage concerns raised by experts about the confusion caused by a name change in the midst of a global outbreak,” the WHO explained why it retained the original term for the disease.

Changing the name of the virus was already discussed inside and outside the organization. In mid-June, WHO director Tedros Adhanom Ghebreyesus publicly announced his desire to change the name – a consultation was even opened for the population to propose new nomenclature possibilities.

On Monday, the WHO said that the change process involved consultation with experts from 45 countries. One of the concerns was that the new term would be easier to use in other languages ​​— Mpox is more easily adopted in different languages.

The term “monkeypox” was used in 1958 when there was the first documentation of the pathogen in primates taken from Africa to Denmark. That’s where the name monkey pox comes from.

But research already indicates that these animals are not the natural reservoirs of the pathogen. In addition, the name can lead to confusion when thinking that the main form of transmission of the disease in the current outbreak would occur directly from animals to humans, which could lead to cases of attacks on animals. In reality, current spread is mainly through direct contact with infected people.

An example of the misunderstanding generated by the name was five monkeys found dead and another three rescued with signs of intoxication in early August in São José do Rio Preto, in the interior of São Paulo. It is suspected that the animals were attacked by the population due to cases of the disease.

At that moment, the subject gained worldwide repercussions, reaching the WHO itself. Also in August, epidemiologist Margaret Harris, spokeswoman for the organization, condemned violence against animals and reiterated her intention to find a better name for the virus.

Also in August, WHO had already changed the names of groups and subgroups of the virus based on revisions made by specialists in virology and evolutionary biology.

There are currently two documented groups of the pathogen. They are endemic (when you have a stage of coexistence with the virus, with a stable number of cases and deaths) in two regions of Africa: in the west of the continent and in the central region. Until then, these localities were used to refer to two clades (or groups) of the virus.

With the change announced in August, the West African group was renamed Clade I and the one in the central region of the continent was named Clade II. The change generates a pattern in which virus groups must be referred to with Roman numerals.

The changes are also applied to two subclades (or subgroups) of Clade II. In this case, experts defined that these subgroups are now named with a lowercase alphanumeric letter after the Roman numeral: Clade IIa and Clade IIb.

The use of new names is part of the organization’s umbrella of responsibilities and is an assignment of the International Committee on Taxonomy of Viruses (ICTV).

In August, sources linked to the committee already stated that there was a good willingness to make changes, but many point out that a radical change, with the total abandonment of the term “monkeypox”, could compromise the scientific literature that has been produced on this virus for more aged 60.

For this very reason, WHO opted to keep “monkeypox” still in force for one year. Furthermore, the term will not be deleted from the ICD (International Classification of Diseases). The idea is to make it easier to find information about the disease.