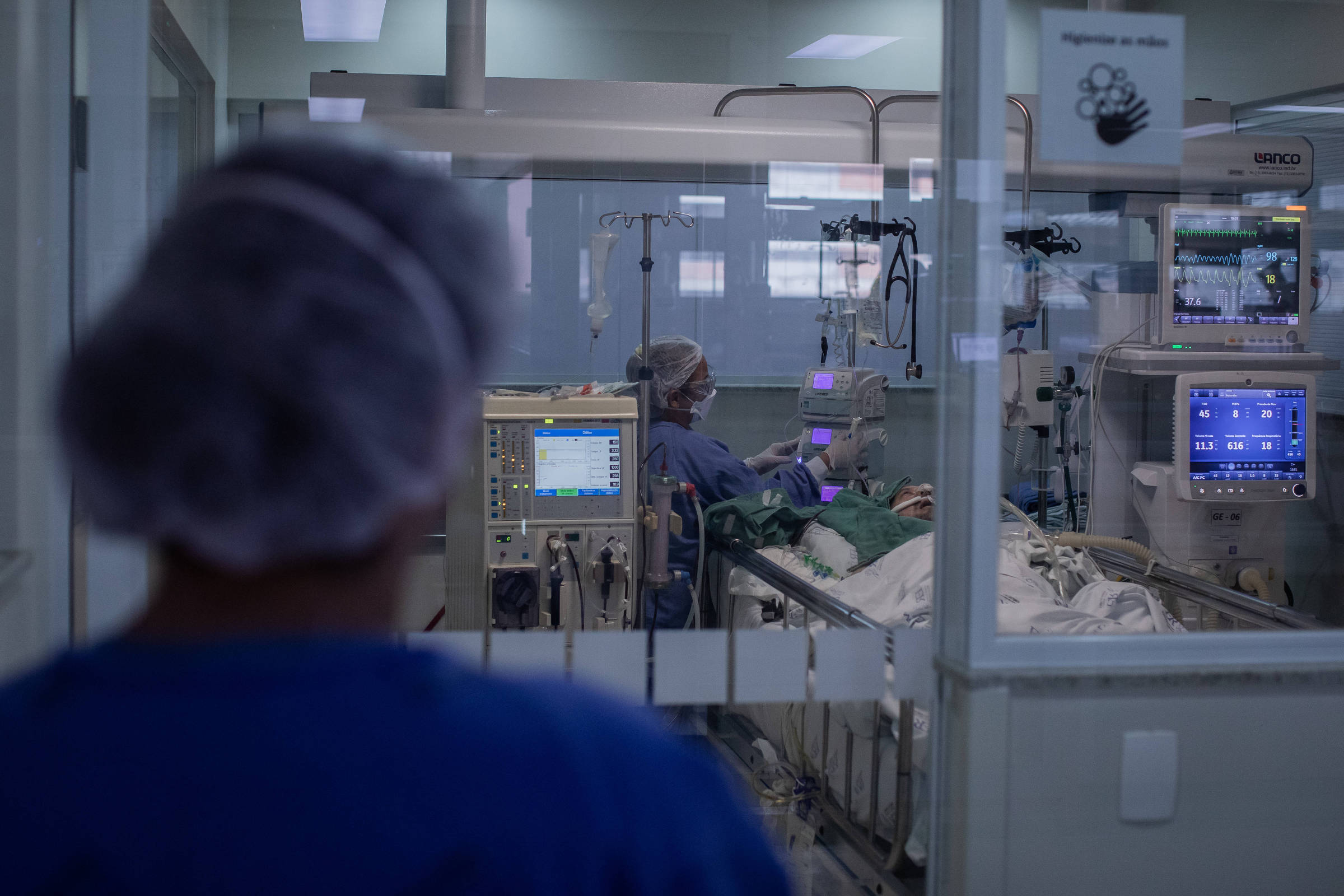 Private hospitals in the city of São Paulo have recorded, in recent days, a drop in the number of consultations for patients with Covid-19. The high rates of hospitalizations, however, still keep the warning signal lit.

At Hospital Sírio-Libanês, the number of patients received daily at the emergency room dropped from 120 a week ago to 99 this Monday. Hospitalizations remain high, but stabilized: currently, there are 44 beds occupied by infected with the coronavirus, compared to 59 on the 21st of this month.

Also located in the capital of São Paulo, Hcor arrived this Monday with 30 patients hospitalized because of Covid-19, six of them in the ICU.

On the 18th of this month, the institution recorded a peak of 49 patients admitted. Since then, that number has been falling, and the hospital’s contingency committee is already projecting a downward trend for the next few days.

Despite the optimism, the number of people admitted to Hcor is 49% higher compared to the last 14 days.

At the Hospital Alemão Oswaldo Cruz, the number of common and ICU beds occupied this Monday (28) was 281% higher than that recorded exactly one month ago — there are 42 people hospitalized at the moment, eight of them in an intensive care unit, compared to one total of 11 patients hospitalized in October.

In the institution’s emergency room, the average number of patients received increased by 100% in the period of one month. If before there were, on average, 61 of them, today about 122 files are opened because of Covid-19. The test positivity rate jumped from 17% in October to 47% this month.

Hospital Israelita Albert Einstein, in turn, recorded 2,528 consultations for respiratory symptoms between the 13th and 19th of this month, a rate that dropped to 2,029 in the week ended last Sunday (27).

This Monday, Einstein had 51 patients hospitalized for Covid-19, 17 of them in ICU and semi-intensive units. A week ago, there were 60 hospitalized, 15 of which required intensive care.

Journalist Valéria Baracatt brought together social entrepreneurs and businesswomen like Donata Meirelles for lunch last week at the A Bela Sintra restaurant in São Paulo. The purpose of the meeting was to raise support for projects to combat hunger. The writer and philosopher Djamila Ribeiro, who is also a columnist for Sheet, graced the event. Businesswoman Thereza Collor and journalist Fabiana Scaranzi stopped by.