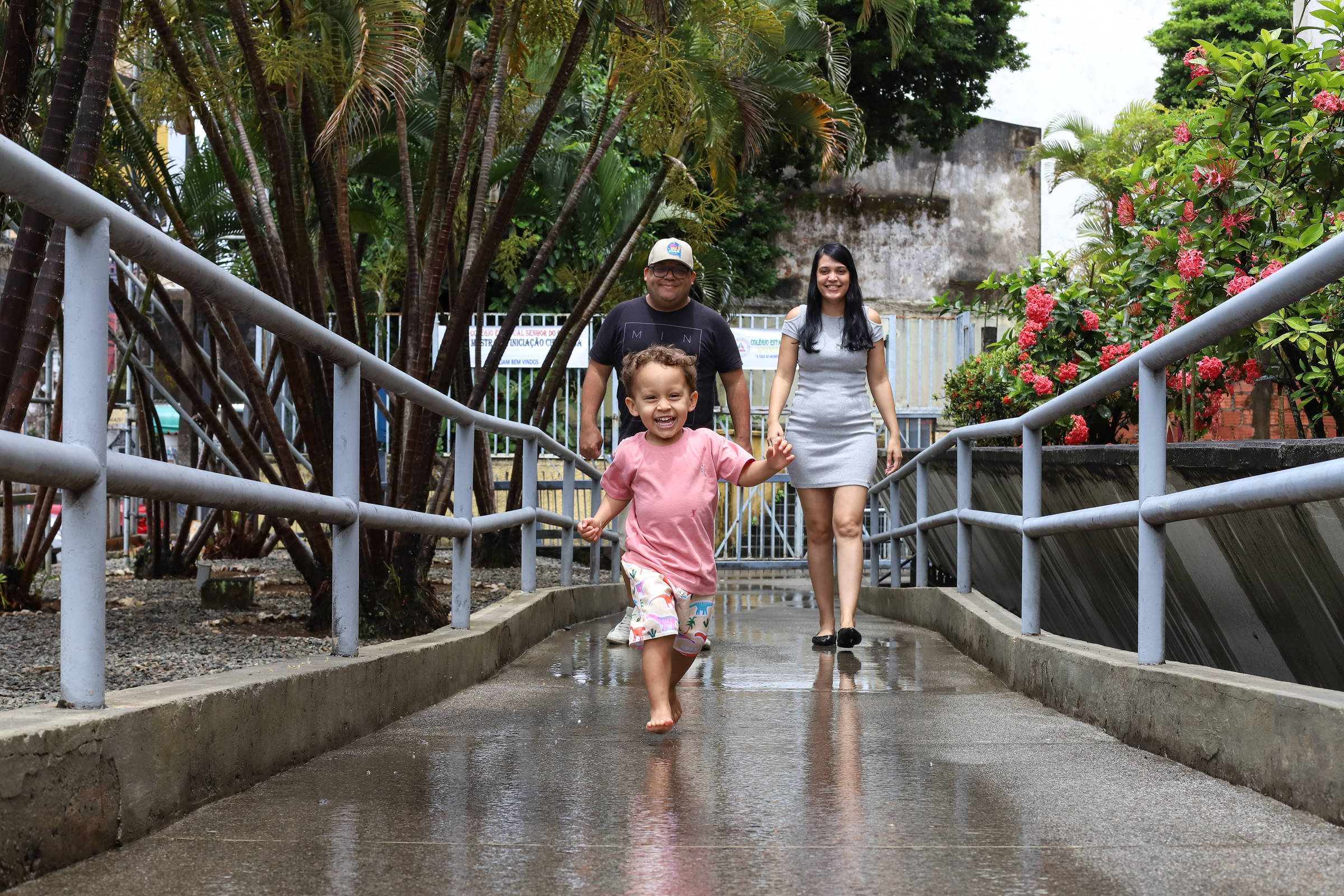 Gabriel doesn’t take anyone’s hand, he just shakes hands. Emanuelle smears everyone around with gel alcohol. Nicolas has already gone through health struggles, and the parents had to ask themselves: is taking him to a hospital plagued by this new coronavirus not more risky?

The trio was born on a day the world would rather never have existed. Children of March 11, 2020, when the World Health Organization decreed a pandemic that in Brazil alone has claimed 690,000 victims, this Tuesday (6) they complete their first thousand days, until now lived 100% under the biggest health crisis in the world. century.

The long-term impact of growing under the burden of Covid-19 is not entirely measurable, but one thing is certain: specialists are not optimistic, mainly due to the lack of public policies to solve the problem.

The consequences of the pandemic go far beyond the damage caused by the virus, points out Marina Fragata Chicaro, director of applied knowledge at FMCSV (Fundação Maria Cecília Souto Vidigal). In September, the entity released a survey that shows the worsening of indicators in crucial areas for early childhood (0 to 6 years old).

The setbacks may have hit all social strata, but the poorest households felt the most. Example: many children from the lower classes depended on the school environment for good nutrition.

From 2019 to 2021, public and private day care centers lost 338,000 enrollments. 1.04 million children were left out of early childhood education in 2021, which also includes preschool.

Poor quality food is always harmful, but the damage is greater at the beginning. A newborn’s brain weighs about 350 grams and triples in size in the first year of life. The growth rate slows down a lot until the adult stage, when it stops at an average of 1.5 kg.

It is the beginning of life, therefore, that provides the basis for who we will be. Everything we do today on automatic —talking, walking, reading this article— depends on this process.

Just remember how easily children learn a new language, precisely because they are forming fundamentals that will accompany them for a lifetime. Neuroscientists talk about brain architecture and compare: building a brain is like building a house.

Gabriel Gama, almost 3 years old, hides behind his mother’s legs when he meets people he is not familiar with. At the mall, he burst into tears and ran from Santa Claus. He preferred to take pictures with immobile dolls from the Baby Shark cartoon.

The parents suspect that a shyness that could even be his was aggravated because of the reduced contact with other people, especially in the first pandemic year. “Gabriel only socialized with me and Taysla”, says Alex Gama, 40. “He started to see that there was a world outside around a year ago, he was raised indoors. Today he is happy, but it takes time to give in. “

Tasyla Santiago, 28, says that her son finds it strange even her father, who has seen little. “Gabriel gets angry when his grandfather pulls over to talk”, says she, who runs an audiovisual production company in Serrinha (BA) with Alex.

The pandemic has triggered a “toxic stress” capable of altering the brain in many homes, says pediatrician and sanitarian Daniel Becker. “A real injury, which delays development.”

Many babies gained a unique opportunity to spend more time with parents confined to the home office. At first, a positive point. But under what conditions?

Becker noted an “existence with extremely anguished, frightened, overwhelmed parents, afraid of all kinds of loss, of getting sick, of dying, of leaving the child alone, of losing their livelihood”. Tension in the home reflects on children, even the youngest ones, she says.

His patients had a wide range of psychosomatic problems. Urinary retention or incontinence, headache, exaggerated tantrums, drowsiness or insomnia. Some withdrew houses from the development, like those who already used a toilet and went back to diapers. The night terror, which makes the child suddenly wake up screaming, came with everything.

One case marked Becker. João a healthy baby until mid-2020. “At a year and a half, I started to worry about signs of delay in his development.”

He babbled in a monotonous babble. He wouldn’t answer if called by name. Little did he look into the eyes and smile almost nothing.

Parents said they were closed at home and had lost their support network. With both of them working from home, the boy spent up to six hours a day in front of a TV. With little help at home, the mother resorted to cookies, nuggets and noodles.

The pediatrician suspected Autistic Spectrum Disorder. But he decided to test a heavyweight intervention first. The family turned the television off for João, and a grandmother who came to the rescue started to take him to a small square every day. Ultra-processed foods have dropped out of the diet.

At two and a half years old, João is talkative and smiling. Now he goes to school, an important point of socialization that many children have been deprived of in quarantine. Brazil is one of the countries that closed the school network, especially the public one, for a longer time.

And it gives you TVs and tablets for parents to manage their idle offspring at home. “Too many screens are addictive, it makes the child passive, his brain turned off”, says Becker.

Emanuelle Nazario Lima is very fond of Peppa, the piggy drawing. TV was also a resource for reclusion at the beginning of life, says her grandmother, Flavia Nazario Silva, 43. The first birthday, with a Magali theme, was a cake with just parents and grandparents.

Flavia remembers the sad look her daughter gave her when she found out that she couldn’t be there for the delivery, at the Federal Hospital of Bonsucesso, in Rio. It was day one of the pandemic.

In another corner of the city, Nicolas Moura Nardone was born. He lives with his parents, marketing professional Nathalia Moura, 33, and dance teacher Juan Pablo Nardone, 43, in a wooded condominium with a playroom, swimming pool and playground. Right there, he had music lessons and interacted with people his age.

The structure cushioned the effects of a cloistered life, but Nicolas’s childhood didn’t come close to what it would have been without a pandemic. His paternal grandmother, from Argentina, he only met when he was two and a half years old. He still had hospital scares.

In the first, Nicolas was six months old, and the country had already accumulated 140,000 deaths from Covid-19. The mother ate a mashed banana with peanut butter, then mashed another banana for her son, who was starting to introduce food.

The remnants of peanuts on the plate were enough to trigger an angry allergic reaction. Nathalia was instructed by the pediatrician to only go to the emergency room as a last resort. It was the last case. She saw her son receive an adrenaline injection administered by a medical team all in masks.

Nicolas had already turned one year old, and Brazil was approaching half a million victims, when he refused the watermelon juice he loved so much. I didn’t even want to breastfeed. bronchiolitis. New hospitalization, now with a severe respiratory condition.

Afraid of Covid-19, many people put health care in the background. The FMCSV survey, for example, points to a drop in coverage, between 2019 and 2021, in the ten specific vaccines for the first years of life. That of polio fell from 84% to 69%.

Another critical point: reports of violence against children have plummeted, and not for the right reasons. There were almost 40% less in April and May 2020, months of intense social isolation, compared to the period of the previous year. Many forms of violence, such as sexual violence, happen at home and are noticed by educators. Without school, underreporting increased.

Studies reveal that, in countries that neglected early childhood, health expenditures multiplied in the adult population, and the economy lost billions of dollars. The pandemic has leveraged this social gap, says Naercio Menezes Filho, director of the Brazilian Center for Applied Research to Early Childhood, at Insper.

Emergency aid prevented a greater number of households with children from entering poverty and extreme poverty, but there is still a disadvantage for poor and black parents. They suffered more from unemployment and falling incomes, and this impacts the phase in which the little ones build essential brain circuits to become prosperous adults.

“Many richer fathers hired a caregiver, a teacher to interact with their child. If there is no public policy to mitigate this effect, [o dano] will reverberate for the rest of his life”, says Naercio.

And you can’t “be deterministic”, says Chicaro, from FMCSV. “Now it is the duty of the State, of the family, of all of us, to provide the right that this child did not have access to.”

This report received support from the program “Early Childhood Reporting Fellowship: Inequality and Covid-19 in Brazil and Latin America”, from the Dart Center for Journalism and Trauma, Columbia University