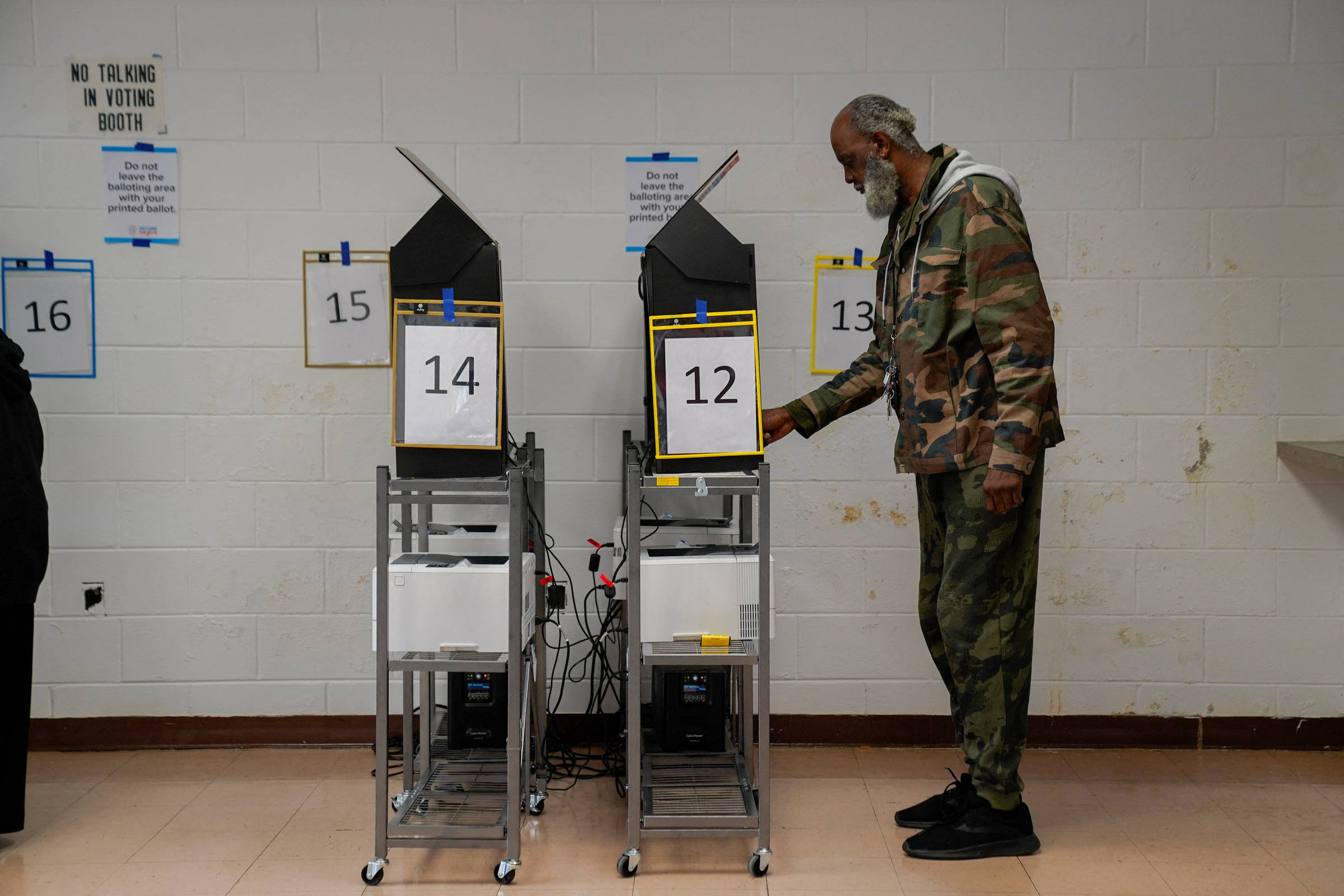 Americans in Georgia, in the south of the country, return to the polls this Tuesday (6) for the second round of local elections for the Senate. The election, an aftermath of the so-called midterms, could mean a breather for US President Joe Biden, or a relief from the pressure surrounding former President Donald Trump.

The dispute pits current Democratic Senator Raphael Warnock, who is seeking re-election, against former American football star Herschel Walker, Republican. On November 8, Warnock took the lead, with 49.4% of the votes, against 48.5% of the opponent, but local rules define that there is a second round when no candidate reaches at least 50% —as in what happens in the majority elections in Brazil.

The mid-term elections have already defined the majority scenarios in the House and Senate for the next legislature, but even so, the election is considered fundamental for both parties.

Democrats see victory as a guarantee of the relief Biden needs in Congress. In the current configuration of the Senate, the party has 50 of the 100 seats – counting two independents who vote with the legend – and gets a majority with the casting vote of the vice president, Kamala Harris, according to the rules of the House.

The minimum account means that any dissent at the base is enough to stop government projects, as happened a number of times in the first half of the government. One of the most conservative Democrats in the Senate, Joe Manchin, for example, managed to block megaprojects dear to Biden for months, encouraging infrastructure and combating the climate crisis.

If Warnock is elected, however, the Democrats will have 51 senators next year. That’s because the party managed to “turn” a Republican seat with John Fetterman’s victory in Pennsylvania. The extra vote allows Biden to circumvent, for example, the resistance of Manchin or some other senator.

In addition, it will be another hard blow for Trump, who has already announced that he wants to run again in the 2024 presidential election. The Republican, however, is in a bad phase in the party and has started to be fried by allies after the bad performance of names that he made the acronym bank in key states.

Without winning a majority in the Senate and with a lower-than-expected margin in the House, Republicans accused Trump of financing candidacies from very radical names and without political experience, which did not convince and scared away the moderate voter.

And this is precisely what seems to be the case with Herschel Walker. Supported by Trump, the former football player says he is a defender of the conservative concept of the traditional family and contrary to the right to abortion, even in cases of rape – but he was accused of domestic violence by family members and of having encouraged ex-girlfriends to interrupt the relationship. pregnancy.

The fact that Walker came second in November, then, increased the criticism of the former president, who in this context has seen an internal movement grow against his candidacy —Florida Governor Ron DeSantis is now his main opponent for a nomination for the Presidency in two years’ time.

The eventual victory of Warnock will finally consolidate the movement of activist Stacey Abrams, who lost the election for the governor of the state, as it happened in 2018; After her election four years ago, she launched a broad movement to increase voting rights in the state by registering thousands of black people — attendance at the polls is not mandatory in the US.

The most concrete result of the movement was seen in the 2020 election, when Biden beat Trump in Georgia by a minimal margin – a victory credited to the activist’s efforts. The last time a Democratic presidential candidate won a majority in the state was in 1992, with Bill Clinton.

If Walker wins, on the other hand, the message will be the opposite: that Abrams’ blue wave was not so strong and the state maintains a strong red (Republican) base, consolidating a hegemony. The re-elected governor, Brian Kemp, is a Republican, and the party took 9 of the 14 seats the state is entitled to in the House.

What is certain is that the result must be tight. Polls do not clearly indicate a winner, and local election officials are hoping there will be no result as early as Tuesday night.