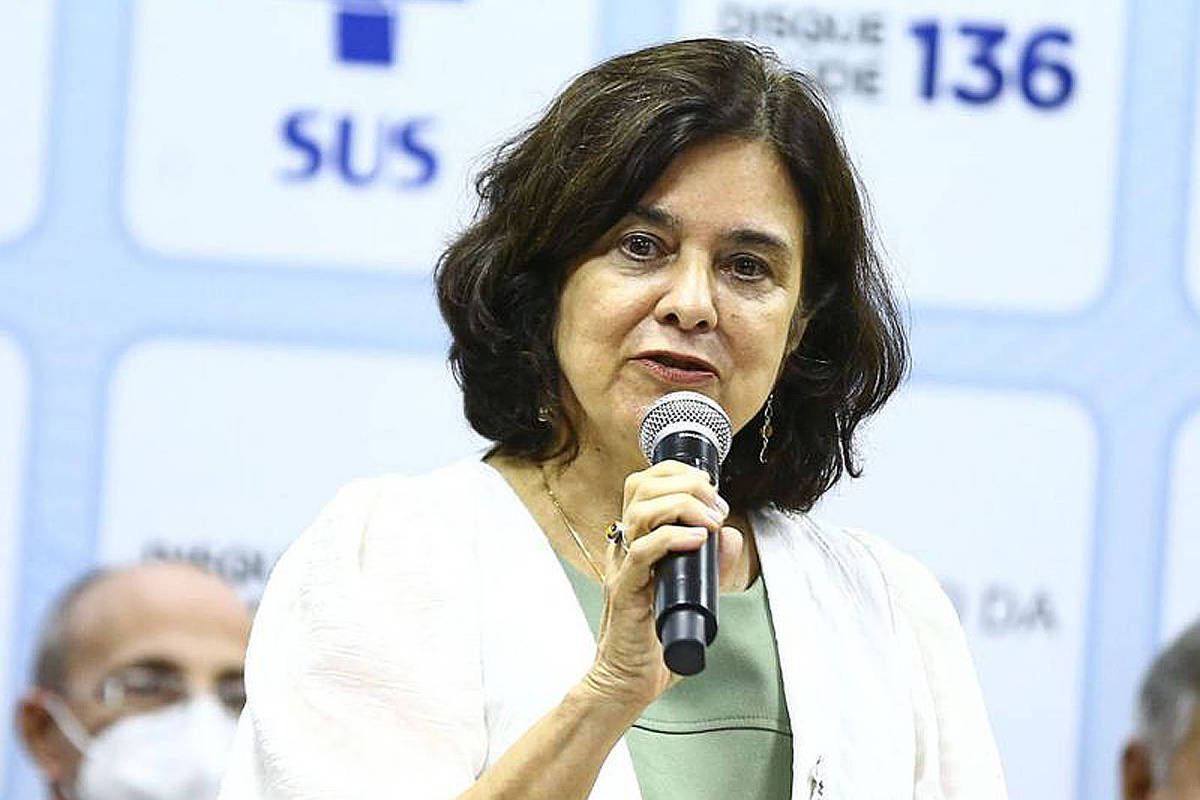 Death of Yanomami: Mining is the main cause of the crisis and the Bolsonaro government was silent, says Minister of Health

One day after the Ministry of Health declared a health emergency due to the death of children of the Yanomami ethnic group due to malnutrition, in Roraima, the commander of the ministry, Nísia Trindade, said that the government of former president Jair Bolsonaro (PL) was “missing” in relation to the health of the Yanomami.

“There was an omission in relation to the Yanomami and other peoples”, said the minister during a brief interview with BBC News Brasil, in Buenos Aires, capital of Argentina. Trindade is accompanying the entourage of President Luiz Inácio Lula da Silva (PT), who is in the country for a visit to Argentine President Alberto Fernández and to participate in the VII Summit of Heads of State of the Community of Latin American and Caribbean States.

In the interview, Trindade said that the Yanomami are in a situation of lack of assistance and that illegal gold mining in the region is the main cause of the health crisis that affects the ethnic group that, in Brazil, lives between the states of Amazonas and Roraima.

On Saturday (21), Lula and his team went to Roraima after photos of visibly undernourished indigenous people went viral on the internet.

Like Lula, Nísia Trindade also classified the situation of the Yanomami as a type of genocide. The term was used by Lula when referring to the case over the weekend.

“I see abandonment as a form of genocide and this population was unassisted. Genocide can also occur by omission,” he said.

In the interview, Nísia Trindade also stated that the debate to ease the rules for legalized abortion will not be a policy of the current government.

“This debate can only take place within society. It will not be a policy of the Ministry of Health”, said the minister.

Currently, abortion is only allowed in Brazil in three circumstances: in case of rape; when pregnancy poses a risk to the woman’s health; and in cases of anencephalic fetuses.

Check out key excerpts from the interview:

BBC News Brasil – The government has declared a health emergency situation due to the situation of the Yanomami indigenous people. What concrete measures will be taken from now on?

Nísia Trindade – These health emergency measures are adopted in a calamity situation for health reasons, be it an epidemic or a situation of a natural disaster. In this case, we characterize this episode as a situation of lack of assistance. This means that this population is without proper care by the Unified Health System (SUS) and this happens for several reasons. A large part of the reason for all of this lies in the social disorganization caused by the activity of illegal mining. This activity generates contamination of rivers and creates excavations that generate water deposits in which mosquitoes proliferate. With this, there is a very large increase in cases of malaria.

BBC News Brasil – The situation of the Yanomami was already critical. How did it become a crisis for the government?

Trinity – At least since the transition of government, I had been following these signs. We had a meeting with Yanomami leaders and political leaders. We were also asked a question about the possibility of medication diversion. But the great detonator was to verify the children’s deaths. I had several appeals, even before taking over the ministry, to try to see the situation of air transport [para remover pacientes a áreas com melhor infraestrutura de saúde]. There were children who were in very fragile conditions and who could not get proper care.

BBC News Brasil – Is it clear to the government that the cause of this crisis is mining?

Trinity – I can say that yes, as in every causality process, this is a multicausal phenomenon. So we need to provide more assistance. I took over 21 days ago and found that the Special Secretariat for Indigenous Health (Sesai) was not very focused on these actions. An example is the house that welcomes indigenous people in Boa Vista. It was evident that she is in bad condition. Mining causes this social disorganization and has generated security problems, making it difficult for our health teams to access regions where there are patients.

BBC News Brazil – Former president Jair Bolsonaro countered the criticism he had been receiving about the health of the Yanomami and classified the case as a “farce from the left”. How do you respond to this claim?

Trinity – The crisis is evident. It is a crisis about which we are making a profound diagnosis, but it is revealed in numbers, 500 dead children. That’s why we talk about disassistance. This is not a scam. These are facts.

BBC News Brasil – In your opinion, was there a past government omission in relation to the Yanomami?

Trinity – There was an omission in relation to the Yanomami and other indigenous peoples. So much so that, even as president of Fiocruz (Oswaldo Cruz Foundation), I was able to follow a lawsuit in the Federal Supreme Court (STF) that pointed out many flaws in the protection of indigenous peoples. This happened not only with the Yanomami, but with other peoples and in relation to covid-19.

BBC News Brazil – President Lula has described the health situation of the Yanomami as a “genocide”. Do you think this is a case of genocide?

Trinity – I see abandonment as a form of genocide and this population was unassisted. Genocide can also occur by default.

BBC News Brasil – Changing the subject, you revoked an ordinance that changed the rule on procedures for obtaining termination of pregnancy. This is a very sensitive point for the evangelical bench. Does the government fear retaliation because of this type of measure?

Trinity – There is no reason for us to retaliate. I think retaliation for what I did at the Ministry of Health and what President Lula’s government did would only happen because of a lack of understanding or a distorted view of the facts. What we did was respect what Brazilian law already defines. There is no relaxation of legislation on abortion. What did we do? We only changed the ordinance that was in force and which determined that the doctor would have to communicate to the police authority the existence of a search for an abortion by a woman victim of violence in Brazil.

BBC News Brazil – Part of the evangelical segment claims that, somehow, the withdrawal of this obligation would facilitate access to abortion.

Trinity – This argument is a way of not seeing an issue that is essential: often, women do not make the complaint because it is a very complex issue for all people, regardless of religion. Often, this (sexual) violence is committed within the family nucleus. This creates greater difficulty for this woman or for this girl and her family. What we are doing is protecting the woman, the girl and the health professional.

BBC News Brasil – The current government was and is supported by several movements that defend an expansion of the rules for abortion. In this administration, will Brazil move towards the easing of the conditions under which abortion is allowed?

Trinity – This debate can only take place within society. It will not be a Ministry of Health policy. It is a debate of society, the Legislative Power. It is not defined in President Lula’s government program and the ministries follow this program.

BBC News Brasil – Do you think that society has to debate this issue?

Trinity – I think it’s a subject that is already under debate. What we need: to give space for the voices in relation to this theme; clarify; look from the angle of public health and; society has to make its own definitions. We have always said that the issue of reproductive and sexual rights goes far beyond the issue of abortion. It means looking at women’s integral health, protecting them against violence, supporting them with educational projects, etc.