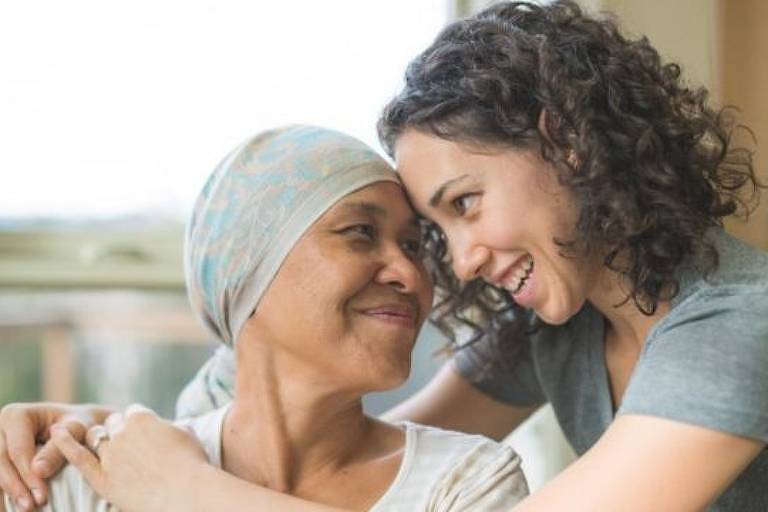 The modern woman’s body seems to be the epicenter of an intense conflict of interests. On the one hand, its reproductive capacity. On the other, your health.

“Many women devote great efforts to following what has been recommended to them as a healthy lifestyle. They do not smoke, eliminate fatty foods from their diet, cut down on sweets, prefer stairs over elevators and walk to work. “

But, “when they get sick with breast cancer, heart problems or osteoporosis, they often blame themselves and ask ‘what did I do wrong?'” This is what the book highlights “The Fragile Wisdom” (“The Fragile Wisdom”, in free translation), by biological anthropologist Grazyna Jasienska.

Of course, this guilt has no reason to be. The author recognizes that there are practices that are completely harmful and should be avoided, but women shouldn’t feel guilty when they get sick.

In fact, Jasienska told BBC News Mundo (the BBC’s Spanish service) that there are many factors that influence this process — “it could be genetic, it could be related to some kind of interaction or an accident in our physiology”, for example. .

Jasienska is a professor in the Department of Epidemiology and Population Studies at the Jagiellonian University in Poland and is trying to understand why disease prevention in women can be so difficult.

In its book description, Harvard University Press sums up the essence of what it calls a conflict of interest in the female body: “Women’s physiology evolved to facilitate reproduction, not to reduce the risk of suffering from disease.” Therefore, the researcher goes back to thousands of years ago in search of answers.

Jasienska points out that “the past allows us to understand what is happening to women today, in terms of health and physiology.”

Our evolutionary legacy matters when it comes to cancer and reproduction. She argues that “in evolutionary terms, passing genes on to the next generation is always more important than being healthy.”

“Of course, it is necessary to be healthy to transmit [os genes]is an important part of that process, you have to survive, you have to find a partner for reproduction,” she says, but “whatever it takes” to happen to the organism to support this transmission will be “more important than anything”.

Jasienska explains, for example, that the probability that a woman will develop breast cancer increases in proportion to “lifelong exposure to estrogens”, which are extremely important hormones for pregnancy. “The higher the exposure, the higher the risk of getting breast cancer.”

“One might ask: why doesn’t natural selection, which is the main mechanism for evolutionary change, make us different so that we stop producing such high levels of estrogen, if it is so harmful to health compared to breast cancer? “

The answer is simple: because estrogens help with reproduction.

“It doesn’t matter what harmful consequences high estrogen levels will have throughout life, as long as it helps in passing on genes to the next generation,” she says. In other words, for natural selection, “it doesn’t matter much” the health of women, but their ability to reproduce.

According to the US National Cancer Institute, “Estrogens, a group of female sex hormones, are known to be carcinogenic to humans. Although these hormones have essential physiological functions for both women and men, they were also associated with a higher risk of certain cancers.”

The professor researched the dramatic changes in the number of menstrual cycles of women. “It’s estimated that in what we call the Stone Age, women only had about 100 cycles in their lifetime,” she says.

It is not known for sure what the reason is. It is believed that women’s bodies mature later, but perhaps it is also because they entered menopause earlier.

“The first period was much later than it is for women now. We don’t know how much later, but maybe around 16 years old,” explains Jasienska.

In addition, our ancestors had more children, with pregnancy and lactation influencing menstrual periods.

For all that, “modern women have about 450 cycles in their lifetime instead of 100.”

“This difference is immense if you analyze the exposure to estrogens”, according to the researcher, as these hormones have a regulatory role in the menstrual cycle.

Jasienska explains that the way these cycles develop has also changed. The level of hormone production is higher than in the past, for example.

“With regard to estrogen exposure and modern life, the result is that we have more cycles and of different quality”, which translates into “greater exposure to hormones”.

And, according to the American Cancer Society, “Breast cancer cells have receptors (proteins) that adhere to estrogen and progesterone, helping them to grow.”

“Everything will have related costs. If physiologically there is a focus on reproduction, there will be a cost”, according to the professor.

The same level of energy dedicated to reproduction, for example, will not be attributed to other functions of the organism itself. This can harm other aspects of health.

She goes on, “In a way, you accumulate damage over the reproductive years because you’re in that role. And, of course, natural selection doesn’t care much about women in the post-reproductive stage.”

“The reproduction of human females is demanding in terms of energy, nutrients and metabolic adjustments.

Therefore, women who have experienced high reproductive effort as a result of various reproductive events are expected to age faster. But the evidence for the negative effects of long-term reproduction is not conclusive.

Many studies have documented that women who have undergone intense reproduction are at increased risk of age-related diseases. In humans, as in any other species, natural selection has favored traits that are beneficial to reproductive success, yet harmful to health, especially in old age.”

But the expert highlights the so-called grandmother hypothesis, which argues that women, when they reach the stage where they can no longer have children and “cannot pass genes directly on to subsequent generations”, in a way they do this by helping their children and grandchildren to pass them on.

“In this sense, it can be said that natural selection does not kill us immediately when we no longer have reproductive capabilities because there is still an evolutionary sense,” she says.

“In many species, females live as long as they can reproduce and manage to do so until the end of their lives. We can live much longer. [depois dessa etapa] and there are a lot of discussions about it from the point of view of evolutionary biology”, explains Jasienska.

“Why do we remain alive for such a long time if we are not able to transmit genes, which is the evolutionary purpose of life?”, asks the researcher. For her, the grandmother hypothesis is an explanation. “Perhaps women still have a role in evolution.”

The food of the ancestors

Jasienska believes that, although cancer is also related to the modern lifestyle, there are other factors that can intervene in this disease. And the same is true of other illnesses.

The researcher’s book, “The Fragile Wisdom”, presents a reality: we hear daily how different diseases can be avoided with a healthy life. But when we get sick, the feeling that we have somehow failed in trying to follow the recommendations can become unbearable.

“What is proper nutrition?” asks Jasienska. “Some people propose the so-called Paleolithic diet. But the Paleolithic diet didn’t exist, because there was an immense variety of diets, depending on whether it was a cold climate, the desert or the coast.”

“There’s this idea that if we eat the way our ancestors did, we’ll be healthy, thin and beautiful, but that doesn’t work because they ate many types of food and humans, in general, evolved to eat many things.” , according to her.

“I think it was something that happened in evolution: we don’t need a very specific diet to survive. We evolved to eat very different things and be fine. And that’s a wonderful thing from our past.”

not looking for perfection

Jasienska points out that “we’re just human beings, we can’t be perfect. And we don’t know that perfection because some health recommendations change often.”

Diets are an accurate example of these changes.

“People say eggs are really bad, but then a new study says they’re good. There’s an article that says that coffee is bad and then another that says it’s perfect and that with three or four cups a day, your health will improve,” she explains.

“Many health messages are quite confusing”, while others are absolutely clear and proven: “if you smoke, you destroy your life and then, yes, you can blame yourself”.

Taking care of our food and exercising is important. But it is true that when it comes to health, everything is very complicated.

“There are a lot of interactions, you don’t have to try to be perfect all the time. We should take care of ourselves and not just for ourselves, but for our families and friends. We don’t want to be a burden to anyone. It would be nice to be active and healthy in old age, but if we’re not, that doesn’t mean it’s our fault. We never know if it could be genetic, due to some kind of interaction or an accident of our physiology”, explains Jasienska.

Another important aspect is physical activity — a topic where our ancestors leave us behind.

“Of course, physical activity is great for health,” according to the researcher. “But how much should we do? We don’t know yet. There are many organizations that will say three times a week, some a few minutes and some will recommend something else.”

But it all depends on the needs and state of health of each person.

In some of her academic articles, Jasienska recalls the famous phrase of the Ukrainian geneticist Theodosius Dobzhansky: “nothing makes sense in biology, except in the light of evolution”. In fact, in the article Public Health Needs Evolutionary Thinking (“Public health needs evolutionary thinking”, in free translation), the researcher paraphrases Dobzhansky, saying: “nothing in demography and public health makes sense except in the light of evolution”.

She believes that “we cannot really understand how any organism works until we apply the evolutionary approach.” As the American researcher Laura G. Goetz indicates in an article in the scientific journal Yale Journal of Biology and medicine: “fascinating and educational, “The Fragile Wisdom” leaves as many questions as answers, in the best possible way”.