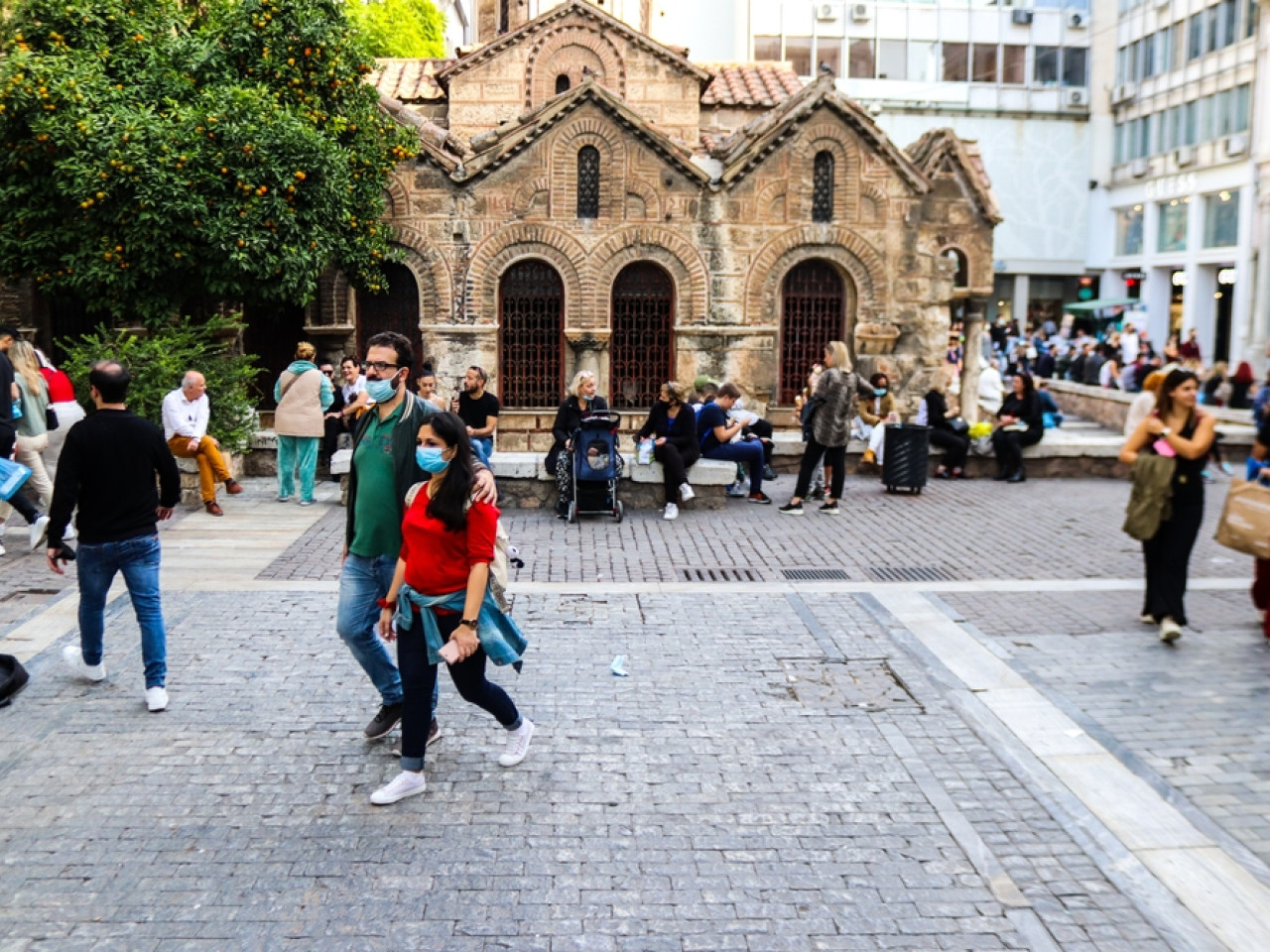 Professor Survinos: We are at the beginning of the 6th wave of the pandemic – The disease is no longer asymptomatic

He estimates that this wave will be shorter in intensity and duration, however it will certainly increase the number of cases and people who will need treatment.

«We are in a transitional period, where it seems that we have the conversion and replacement of the existing O2 strain by the O4 and O5 sub-variants, and this is reflected in the rapid increase in cases, the increase in positivity and all the parameters that are measured daily and announced by the EODY. We have passed the fifth wave and according to the indications we are at the beginning of the sixth wave, which will be due to these two sub-variants “.

The remarks belong to the professor of Clinical Virology of the Medical School of the University of Crete, director of the Clinical Virology Laboratory of PAGNI and member of the Board of EODY George Survinowho in an interview with FM Agency states that it was something expected “after other European countries, preceded Greece. We have the example of Portugal, which is probably heading for a recession. But Germany, France, Italy, England are currently in a very upward trend. As a reference laboratory in the Region of Crete and analyzing a significant number of samples, we see on the one hand the increase in positivity is changing rapidly, and on the other hand the change of executives, which has occurred within days». And the question that reasonably arises is whether this sixth wave is expected to be large and whether we will see an explosion of cases, as recently in Portugal.

The new wave may be shorter in intensity and duration

«I appreciate that in our country this wave will be less intense, it will definitely increase the number of cases and people who will need treatment. We may have a relative increase in deaths, but it will not be like previous waves, which put a lot of pressure on the health system. And I hope it will be shorter in duration. The booster dose of the general population is relatively close to the previous Omicron wave, so there is still relative antibody coverage, but there is also immunity through natural disease, in contrast to Portugal, where the third dose was a bit long in relation to the Omicron wave. Certainly the combination of parameters, such as the time of vaccination, the participation of vulnerable groups in the fourth dose, which at the moment does not seem to be satisfactory, the removal of measures, such as the use of a mask, especially in vulnerable and elderly, are parameters that can increase the prevalence and lead us to an outbreak of cases». Is the increase considered exponential at the moment? «There are indications that we are going to an exponential increase, but we will have to see in the coming days, how the pandemic curve will evolve».

How long does immunity last? «According to re-infection measurements it appears that Omicron’s immunity is short, as we have examples from people with Omicron who re-infected with Omicron2 within three weeks. Or respectively from Omicron 4 and Omicron 5 that we see in the last days. It seems that the two new sub-variants escape the immunity caused by Omicron 2, in a shorter period of time. On the other hand, they enhance cellular immunity, which is a positive element. However, these sub-variants and a new wave will always be aimed at vulnerable populations and the elderly.».

The Omicron deaths relative to Delta deaths are they more or less? And finally is the disease with Omicron milder, as we initially knew? «Infections due to Omicron 4 and Omicron 5 that we hear last, really cause symptoms, which are more intense than the previous wave. They are not negligible and we are not in the previous phase of a completely asymptomatic infection. I hope that there will be no need for oxygenation, which leads patients to the hospital, and that this need will be on a reduced scale, compared to previous waves. In terms of deaths, the mortality rate in relation to the cases of about 0.4% in the Delta with the fourth wave, was converted to 3 thousand, according to the Omicron wave. But always in public health every death is a loss. Unfortunately, they are not just numbers, they are human beings and their loss has far-reaching consequences in the familiar environment.».

To the best of our knowledge, it is impossible to predict the arrival of a new mutation. However so far the observation shows that almost every six months we have a new executive. Now that a respectable part of the population is either vaccinated or sick, how much risk can it come from a future strain? Evolutionary models of major international universities predict that other executives will appear, Mr. Sourvinos answers. «I emphasize that the purpose of the vaccine is to protect us from serious illness and death. Not so much from infectivity, because it has been shown that new strains, subtypes escape the immune system or immunity is relatively short». The coronavirus does not forget us, emphasizes in another part of his interview, the professor of Clinical Virology of the Medical School of the University of Crete. «He is always among us and those who believe the opposite have been wrong. We have seen it take various forms, variants, sub-variants, strains which are what evolve the pandemic and do not leave us complacent.».

With the increase in cases recorded in recent days, do you estimate that we will have measures again, even in the summer? is the next question. «I think not, but I also think that this consciousness has been established and we do not need the state to impose measures on us. It is common sense that when we are in a crowded place or in an enclosed space with many people, we should wear a mask to avoid any exposure to the virus.». Regarding the re-infections that are now recorded in the daily report of EODY, the question that many people have, is whether the severity of the disease is related or not to how many times someone has been ill. «ΥIt is assumed that the immune system in each report is “trained” and should be better prepared for the next time. Of course, this also depends on the general state of health of an organism».

Facebook
Twitter
Pinterest
WhatsApp
Previous article
Parliament: On Monday the elaboration of the bill for RES and energy storage
Next article
Boris Johnson: We must support Ukraine – It can host Eurovision