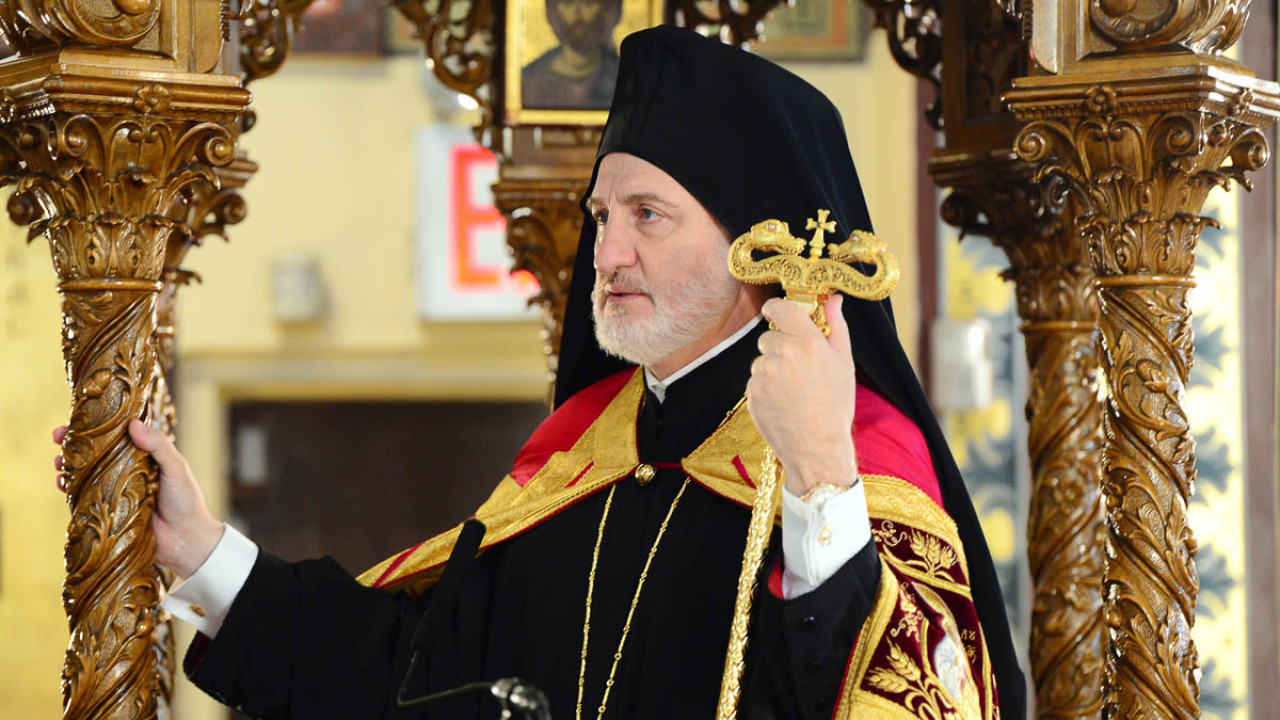 Elpidophoros: AHEPA is the voice that promotes the dignity of all people

“THE AHEPA is the powerful force that held our community together for the sake of our culture, our language and the interests of our Greece, our Cyprus and our Ecumenical Patriarchate. Together with the Church, the clergy and the Hierarchy, as well as in each parish, AHEPA contributed and contributes catalytically to the promotion of the principles and values ​​of Hellenism and Orthodoxy over time».

With these remarks, Archbishop of America Elpidophoros welcome it conference of the leading and historic Greek-American organizationthe day before yesterday, in Orlando, Florida, during which the 100th anniversary of its founding was celebrated.

“AHEPA was and is, during an entire century, a decisive factor throughout the Western Hemisphere for the interest of Hellenism everywhere. Both time and words are insufficient to describe what exactly it means to our Homogeneity in this great country, but also to the entire Diaspora“, emphasized the Archbishop.

He underlined, in fact, the presence of many members of AHEPA at the 46th Clerical Assembly of the Archdiocese of America, but also at the prime moment of the inauguration of the church of Saint Nicholas, America’s national pilgrimage, at Point Zero in New York, for the reconstruction of which the AHEPA offered a lot from the beginning.

“AHEPA”, he continued, “shows its support and dedication to the promotion of the interests of Hellenism in many different ways, in constant cooperation with our communities, strongly supporting the ministries of our Church and being the connective tissue of the Diaspora with the motherlands of Greece and Cyprus, but also with the sacred inheritance both in Asia Minor as elsewhere».

Archbishop Elpidophoros he even made special mention of the defense of the Greek Diaspora in America by AHEPA. “When our spiritual fathers and mothers,” he emphasized, “made the journey across the great ocean to this blessed land and were excluded or even persecuted because they were immigrants, AHEPA stood by their side defending their rights and fighting prejudice and the negative stereotypes not only at the expense of the Greeks, but also at the expense of anyone”. “You should be proud”write down, “for the fundamental principles of this sacred brotherhood that maintains its traditions of what is best in Greece and what is best in America».

The Archbishop of America called AHEPA the voice that promotes the dignity of all people in times of extreme polarization and prejudice. “Especially in these days when we mourn the capture of the Great Church, the conversion of the Holy of God Sophia into an Islamic mosque, AHEPA perfectly understands what it means to speak boldly for justice and peace”, he pointed out.

“Together“, concluded the Archbishop, “AHEPA and the Greek Orthodox Archdiocese of America let us give our community the spiritual, cultural and, in the full sense of the Greek city, political nourishment that our Homogeneity so deserves and that the entire world so desperately needs».

Facebook
Twitter
Pinterest
WhatsApp
Previous article
Worker or machine? The 10 occupations with the highest (and lowest) chance of disappearing in Brazil
Next article
“I didn’t stop hanging out after eating a ham roll in 2017,” Dad complains about £200,000.