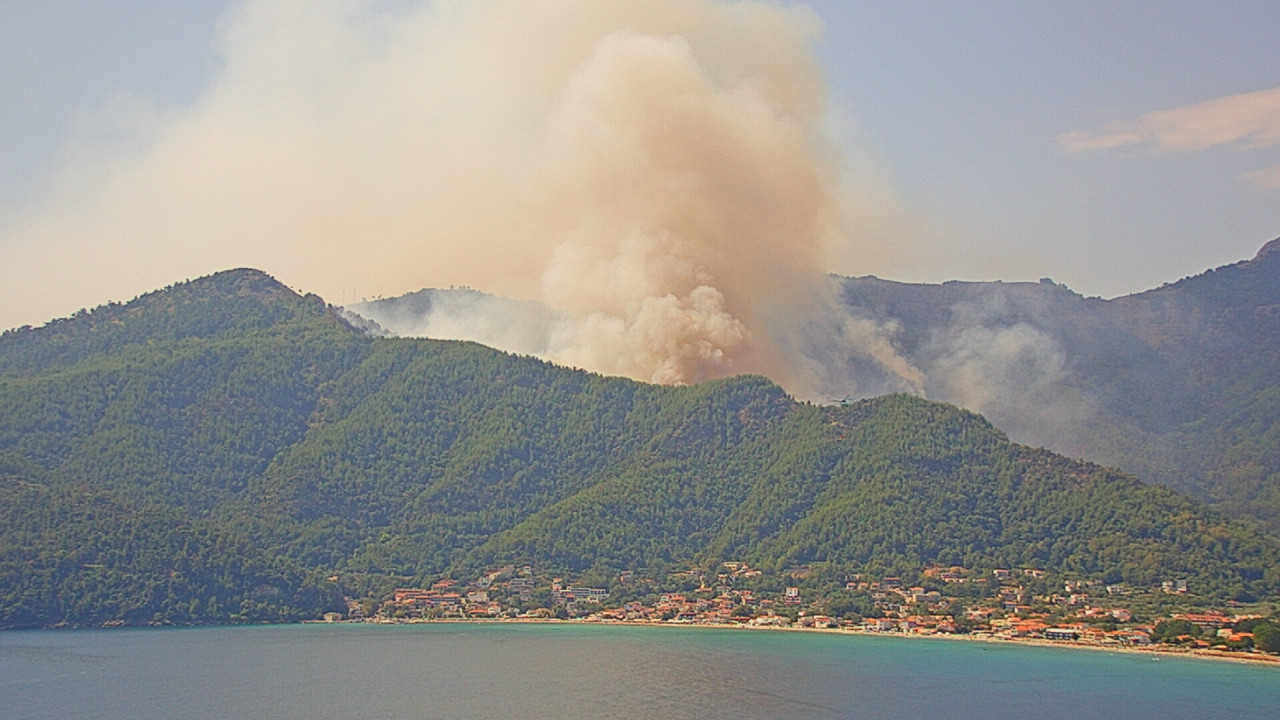 Fire in Thassos: Better picture – Calmness is recommended by the tourism agencies

102 firefighters, 33 vehicles, 5 groups of pedestrian units are working on the fire, while six aircraft and six helicopters are working from the air.

She rages fire in Thassoswhile a preventive order was also given discharge of the Koinirs. Restrained optimism prevails among the authorities and residents of Thassos, that the firefighting forces will be able to bring under control the fire that broke out last night in the area of ​​Skala Potamia and is burning forest and grassland by sunset.

O representative of the Fire Department John Baker speaking to spoke of a better image of the fire. As he said, they will be able to control the front as the winds are not strong.

In the fire they attempt 102 firefighters, 33 vehicles, 5 teams of walking departments. The big number aerial means operating so far (six aircraft and six helicopters), with continuous water drops, combined with the fact that there are no strong winds, strengthens the optimism that the fire will be able to be brought under full control within the next few hours. However, the fronts of the fire are in an inaccessible forest area and the flames are directed towards Ypsario, the highest mountain of the island.

THE president of the Association of Hoteliers of Thassos Paris Paraschoudis, speaking to APE-MPE, explained that the fire is not visible from the residential areas and there is no concern among the tourists, whose daily life continues as normal. He sadly points out that “here on the island we are used to these fires which are a sad phenomenon” and recalls: “Those of us who lived through the great fires of 1985, 1989 and 2016 cannot help but feel sad seeing the forest beauty of the island in flames. I believe that thanks to the aerial means and if the winds also help, the fire will quickly be extinguished.”

The same picture as far as tourists are concerned also conveys the financial supervisor of the Hellenic Chamber of Hotels and president of the Kavala Hotel Association Antonis Mitzalis, who maintains one of the largest and oldest hotel units on the island. “Since early in the morning,” said Mr. Miztalis, “I have visited all the coastal areas: I also went to Skala Potamias and Koinira. Tourists are not worried and I want to clarify that there is no panic among holidaymakers on the island. The smoke from the fire that is burning a forest area is indeed thick, but in no case are settlements at risk. The 112 message was purely precautionary so that people with sensitivities would not experience respiratory problems. For this reason there was no general movement of the population. The Koinira are not threatened in any way and in general I want to recommend calmness from everyone. With the data so far, I believe that the fire will be brought under control, however, at the moment it is burning in a ravine, the area is indeed difficult to pass and I repeat that we all are required to show the required composure”.