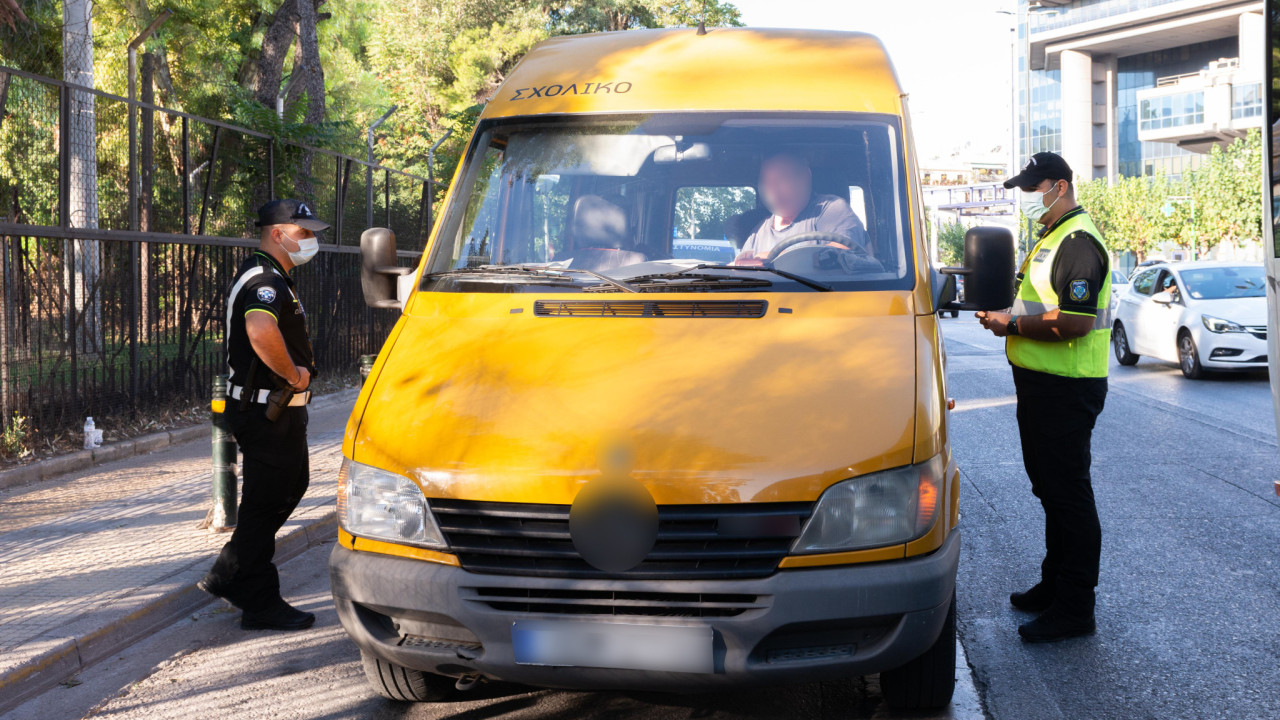 Checks on school buses in Attica: 72 violations were confirmed

At the same time today, the first day of implementation of increased traffic measures, targeted checks were carried out on school buses, during which (527) school vehicles were checked.

Information leaflets, with advice on road safety and traffic education, were distributed this morning (12.9.2022) by police officers to parents and young students, when they arrived at the various school complexes of Attica for the established consecration ceremony.

This is an initiative of the Hellenic Police Headquarters that aims to inform and raise awareness of parents and students on road safety issues, especially during their journeys to and from school complexes.

For this purpose, one of the priorities of the Traffic Services in the area of ​​responsibility of the General Police Directorate of Attica is the implementation of a specific package of measures, which among other things provides for:

At the same time, today, the first day of implementation of increased traffic measures, took place targeted checks on school busesa, during which (527) school vehicles were checked and (72) violations were confirmedof which:

Traffic checks on school buses will continue throughout the school year.