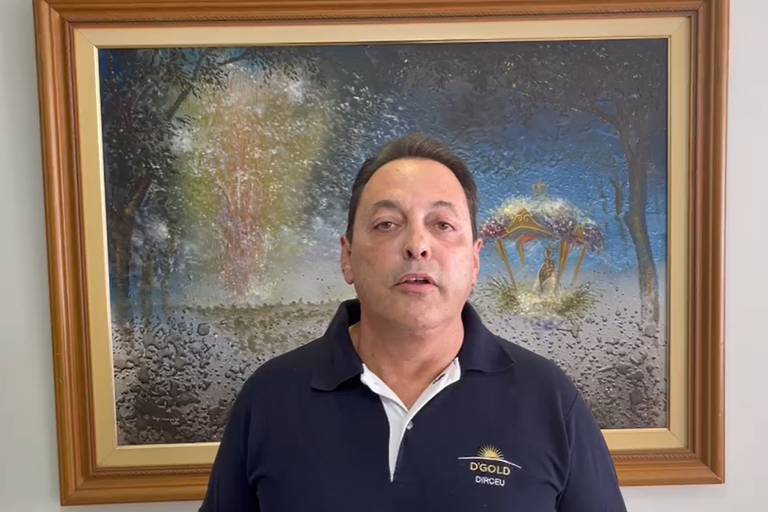 The São Paulo Military Police arrested businessman Dirceu Santos Frederico Sobrinho, 57, at around 12:30 pm this Sunday (18), in a blitz in the Moema neighborhood, south of the capital.

Owner of the mining company FD Gold, based on Avenida Paulista, and president of Anoro (National Gold Association), he had a five-day temporary arrest warrant issued against him by the Federal Police of Rondônia.

The process runs in secrecy. Frederico Sobrinho is suspected of illegal mining in the Amazon. After his arrest, he was taken to the Federal Police in São Paulo.

The report tried to contact the FD Gold press office on Sunday night, but there was no return for messages or calls.

In May, after the Federal Police seized 78 kg of gold — estimated at R$23 million — in Sorocaba, in the interior of São Paulo, the businessman went public to confirm that the metal actually belonged to his company. At the time, he defended that everything had a legal origin.

Dirceu Sobrinho, who was affiliated with the PSDB and, in 2018, even ran as the first alternate for Senator Flecha Ribeiro, for the state of Pará, also says in the video that the mining needs changes.

“Mainly on the environmental issue”, he says. “And we are part of this work, always looking for the educational and orienting part. My company collects all the taxes, all the charges. And it will continue working in a correct, dignified and serious way.”

The shipment of gold seized by the PF was escorted by São Paulo military police, two of them stationed at the Casa Militar, a unit of the São Paulo Military Police installed inside the Palácio dos Bandeirantes and responsible for the governors’ security.

In the video, the businessman says nothing about the escort.

The PMs were in two vehicles registered to FD Gold. Members of the São Paulo Public Security summit heard by the Sheet stated that the MPs reported to superiors that they were at the service of this company.

According to the PF, the documents indicate that the gold would come from Mato Grosso and Pará. “The metal was sent for expertise in a specific PF laboratory.”

The PF also stated that the plane used to transport the gold had been seized as the subject of criminal kidnapping in another police investigation. “The circumstances of the prohibited use of the aircraft will be investigated.”