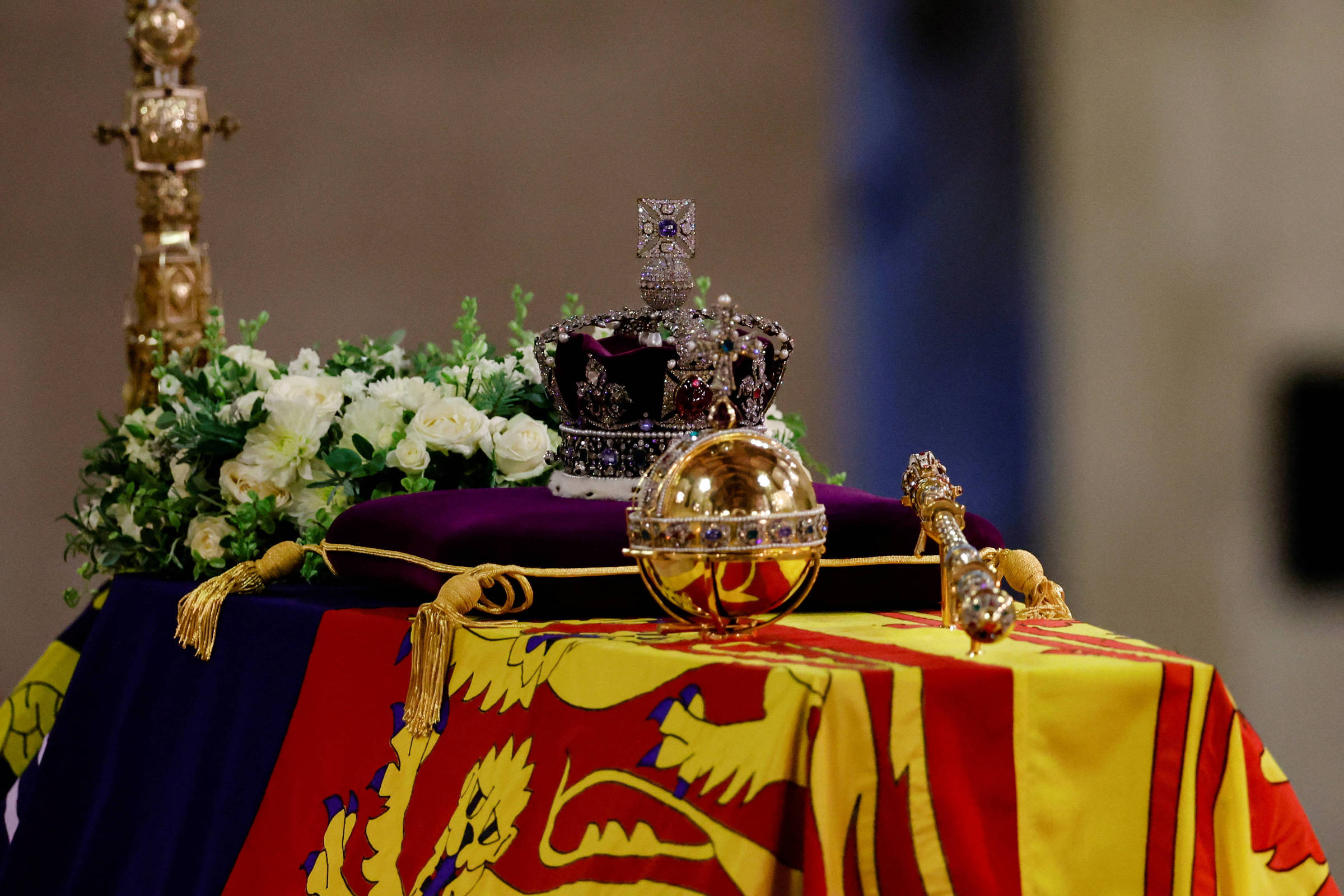 Queen Elizabeth II’s funeral will take place this Monday (19), 11 days after her death. The funeral starts at 7 am, Brasília time, and brings together around 2,000 guests; among them, leaders and diplomats from almost every country.

The ceremony, however, begins a few minutes earlier, when the royal family leads a procession with Elizabeth’s coffin from Westminster Hall to the abbey of the same name, where the funeral takes place. This is the first time cameras have been allowed at the farewell of a head of the British monarchy.

See the details and schedule of the ceremony in Brasilia time.

The transport of the queen’s coffin is in charge of the Royal Navy carriage, produced 123 years ago and driven by 98 sailors. At 6:40 am, the body of the head of the monarchy is transported to Westminster Abbey.

Members of the royal family make the journey on foot: ahead, King Charles III, Princess Anne and Princes Andrew and Edward; ago, the Queen’s grandchildren, such as Prince William – Prince Harry’s participation in the procession is uncertain.

The queen’s coffin arrives at the Abbey 13 minutes later and finds the guests already seated in their seats. The ceremony is led by the Reverend David Hoyle, and religious and political leaders are responsible for the readings, including the new Prime Minister of the United Kingdom, Liz Truss.

The funeral ends at 8am, but at five minutes, the whole of the UK holds two minutes of silence in honor of the Queen.

Departure to Arch of Wellington at 8:15 am

After the funeral, members of the royal family walk towards the Arch of Wellington, a monument designed in the 19th century to commemorate Britain’s victories against Napoleon Bonaparte.

Big Ben’s bells ring along the route. The ceremony ends with musicians playing God Save The King, or “God Save the King”—Charles’ personalized version of the title phrase for the British national anthem and which has become something of a slogan for the monarchy.

Then the royal family leaves for Windsor Castle, 33 kilometers from the arch.

The queen’s coffin arrives at Windsor Castle at 11:06 am. King Charles III and other members of the royal family return to accompany the coffin on foot; this time to the chapel of St. George, on the outskirts of the castle.

There, the Reverend David Conner begins a ceremony reserved for royalty at 12:00. Some of the music played during the church service is by William Henry Harris, the chapel organist from 1933 to 1961 who was Queen Elizabeth’s piano teacher.

Also at the ceremony, a choir will sing “The Russian Kontakion of the Deceased”, which was also sung at the funeral of the Queen’s husband, Prince Philip, last year.

At the end, at 3:30 pm, the queen’s coffin is placed in the royal vault, while a flutist plays a lament. To close the service, the Archbishop of Canterbury pronounces the blessing and the entire congregation resumes singing “God Save the King”.